In a sneak preview of Strange Killers Week, I bring you this Poor Bastard from Black Roses.  One of the lead's dads is a working man. 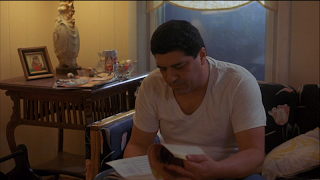 Unfortunately, his son has brought in a Black Roses record (in the mid-80s?) into the house.  This thing mutates and... 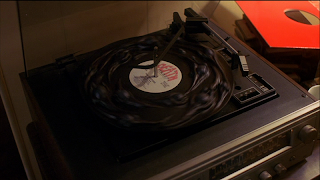 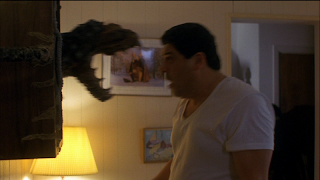 Oops- too late.  Now you're dead via a cheap shadow effect. 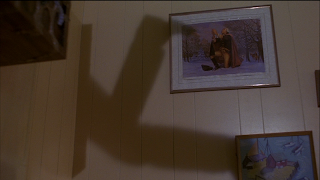 The moral of this story- don't have a kid who listens to rock & roll.  If you do, you'll be killed for no good reason.

Next up, a two-part look at some Poor Bastards from REC 2.  First up, a man dies while trying to deliver medicine.  Stay tuned...