Holiday Flix: Raped by an Angel 3- Sexual Fantasy of the Chief-Executive

Insert Trump Joke Here.  Is that out of the way?  Great.  Today's Film is Raped by an Angel 3: Sexual Fantasy of the Chief-Executive, another in the Series from China.  I *nearly* did this one last year, but was convinced to cover The Love Witch instead.  I don't regret that decision, especially after watching this one.  I last covered this Series in...holy crap, has it been over 7 years?!?  That puts things in perspective.  On this track, I'll be done with the Series- there are FIVE Films FYI- by the time I'm retired!  In any event, a recap for those that didn't see the previous two Films is in order.  In the first, a crazy guy that is also rich targets two women for, well, guess.  It's climax- sorry- involves the man getting caught and getting AIDS- ha?  In the Sequel, a freaky Dentist is out for, again, guess.  So now that this explanation is over, what is this one about?  To be fair, it actually inverts the Story a bit this time.  A series of rapes are happening and all blame points to one man.  Is he the villain?  Is he crazy?  Is this all a Hitchcock-ian Story with many twists and turns?  To find out, read on... 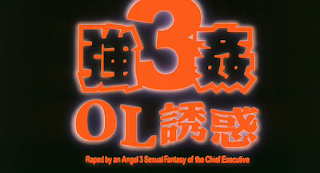 Just like with the main Plot, there is a slight inversion here.

Instead of it looking like rape, but being a couple instead...it is a couple and then an actual rape happens.  Creativity? 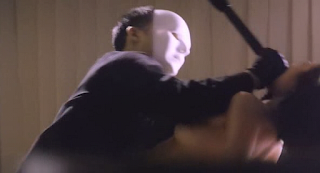 There have apparently been many rapes in this Building, but the Police are on the case! 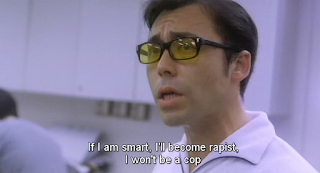 The secondary focus of this Story is on our Female Lead (insert Social Commentary Here), who's Brother is a Cop on the case and who works in the Building.  Oh and everyone keeps saying this... 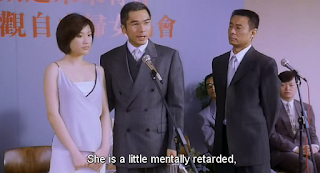 The titular Executive (actually a Chief-Executive-to-be according to the iffy Subtitles) has weird illusions of women being naked in public.  Okay, now I need to share this clip then. 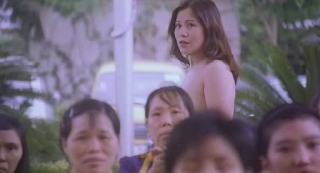 Another rape occurs in the Office a bit later.  It is our Female Lead!

So was the point of showing her with a Taser earlier just to misdirect the Audience?  I'm not sure if it is a positive thing or if you just forgot. 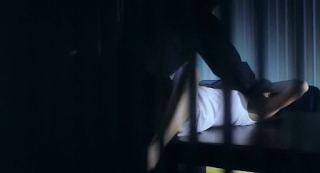 Evidence points to the Chief-Executive (to-be).  The fact that the lead Cop is the Brother doesn't help things. 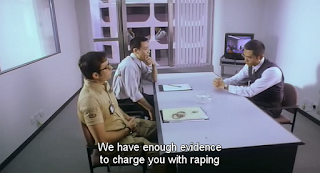 A Psychiatrist from the man's past comes into the picture during all of this.  Can she help him remember? 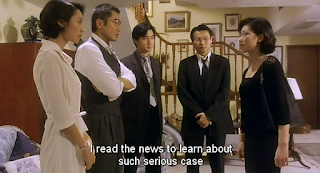 The Police are hard on the case, with the Partner working with the Chief-Executive (to-be) and figuring out that some weird, unexplainable stuff is happening around him. 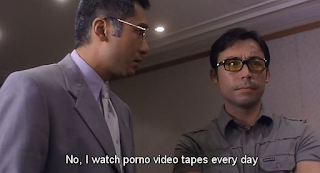 It all turns out to be a plot by the Psychiatrist, who was dumped by the Executive before his rise.  She went crazy and put in place a 2,481 part plan that involved hypnosis via fake dial-up sound, a partner, planted evidence, planted memories and mind-controlled murder. 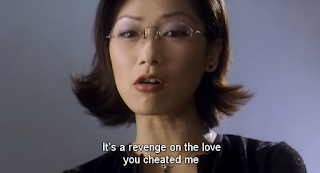 Love is in the air!  Aside from the obvious, perverted stuff here, this is a story of love.  The main one is about how it can drive you crazy and vengeful- granted.  Aside from that, we do see the love between Brother and Sister, the love between a young Couple and one man's love of 'porno video tapes.'  Again- it isn't a perfect, Holiday Film.  The Film is a bit all over the place story-wise, featuring weird illusions, flashbacks, long stretches of exposition and cutting back to the same Rape Scene about 3x.  The actual Acting is generally-good and I was able to enjoy it without Dubbing.  The Subtitles are very spotty, as nobody seemed to translate the lines for grammatical sense or proper order.  I'm not saying that I could do a better job, but many people could.  To be fair to those who did said Dubbing, this is a Sequel to a Series that is fairly-obscure outside of China and who's IMDB Page is woefully-incomplete.  By the time you read this, I may have actually done something about that.  Ain't  I a Saint?  Is this Film good?  It's alright, but definitely not for most people.  It is more about intrigue and suspense than actual rape, so bear that in mind.  It is also more bloody than you might think, so also note that.  If nothing else, it makes me feel for the poor guy who has to do Blocking for the Film.  I mean, look at how they had to stage this shot... 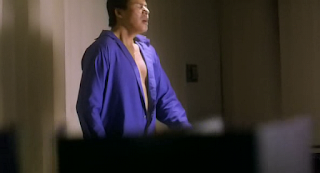