* Due to poor planning and time-management on my part, Witchboard 3 has not been viewed for a review.  I'll make up for it in September.*

Seriously, I haven't a clue.  What the hell is Flash Future Kung-Fu?  Is it an action film?  Is it a sci-fi film?  Is it a breakfast cereal?  To be honest with you, I have no freaking clue!  Oh, I watched the film...I just don't get it.  This makes the second film to come to me courtesy of the The Smithee Awards, the other being Battlespace.  Unlike that film, I can't freaking tell what the plot is!  I knew what the plot(s) of that movie were, even if they all sucked and didn't exactly connect.  The plot involves kung-fu fighters, an evil woman and...well, I won't spoil that just yet.  In spite of my lack of knowledge about what is actually supposed to be happening, I'll try to tell you what is happening.  The movie makes about as much sense as that last sentence.  Prepare yourself for a dose of... 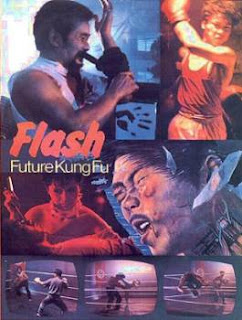 In a Flash Future, cars are like regular cars, but they don't have hoods.  Plus, Chinese guys fight androids in scenes that should actually feature special effects...but don't. 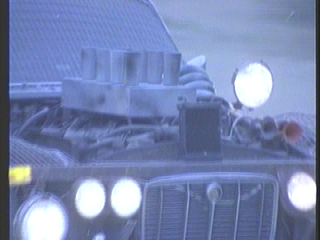 As far as I can tell, the plot involves our two fighters getting dragged into some bad stuff by a woman.  Beyond that- and the fact that she drugs them- I have no clue. 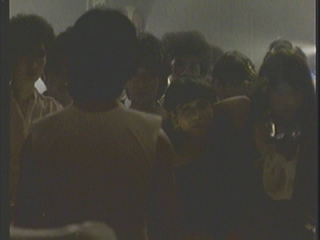 Apparently the other, approved method of travel is those little carts from Garth Marengi's Darkplace.  Weird.  Ready for the big surprise?  Are you?  Are you? 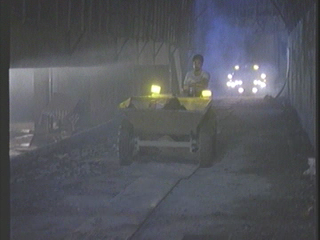 Yes, the villains in this movie are Japanese Post-Apocalyptic Skinheads.  I wish that I was kidding...or that this made the movie interesting for the first time.  Neither one of those things is true. 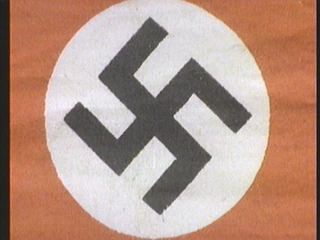 Now the party with the Japanese Post-Apocalyptic Skinheads involves women in tu-tus.  Words fail me, gentlemen! 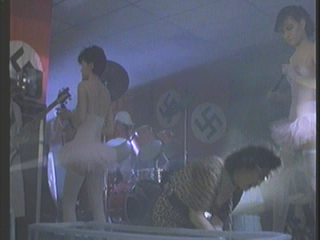 Our heroes break into the 'party' and start fighting people.  Couldn't have seen that coming. 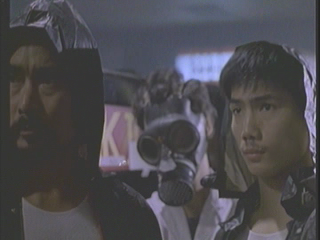 I'd SPOIL the Ending for you, but that phallus-shaped Nazi would kill me.  Besides, I'm really not sure.  The End. 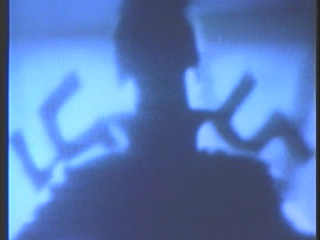 So yeah, that happened.  The plot of this film is...hidden somewhere under a pile of confusing and dull pacing. Just look at the elements that make up this film for a second.  Kung-fu fighters.  Androids.  Nazis.  Ballerinas. Combine all of them together and you get...a confusing and somewhat dull mess of a film.  I'm sure that someone can explain the plot to me.  Of course, they'll probably be making up/inferring at least half of it.  I won't say that this movie is completely-terrible, since I managed to squeeze a review out of it.  That's more than I can say about a good number of films that I've watched.  That said, the movie is weird, random and strange.  Did I mention that it makes no sense?  100 times?  Okay then- just checking.  Honestly, I'm curious to see if any of you can decipher this film...assuming that you can muster up the interest. 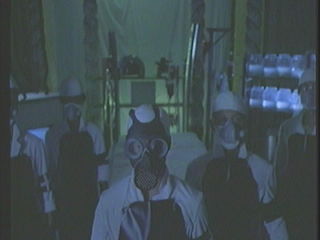 Up next, I cover some more recent fare.  Naturally, I start with a movie set during WWII...with zombies...and a werewolf.  Stay tuned...
Posted by Alec Pridgen at 11:58 PM