What happens when a licensed film actually does what is supposed to?  Uwe Boll's Bloodrayne excised the plot of the game, save for the title character.  The sequel- future review, no doubt- was set in the Old West, a setting that is also not from the game(s- at this point).  Finally, the most recent part of the series is actually set during WWII, the one used in the game.  Halle-freaking-lujah!  What is the plot, you ask?  Bloodrayne fights Nazis because...well, what reason do you need to fight Nazis?  A new enemy emerges (in a silly way) raising the stakes and proving that there is a worse thing to fight than a Nazi.  No, it's not a Hippie!  We've still got Uwe Boll here, plus a moderate budget (around $20 million), so I'm not setting my expectations high here.  Bring out your stock characters as we meet up with... 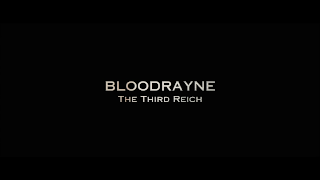 Bloodrayne fights Nazis.  Along the way, she gets shot by a Lieutenant and feeds on him.  Due to her wound, she apparently infects him in the process.  Right. 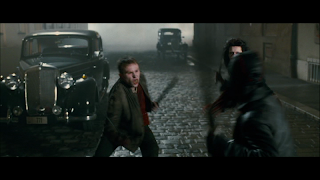 The now-vampire Nazi meets up with a scientist (family co-star Clint Howard) who is really interested in vampires. 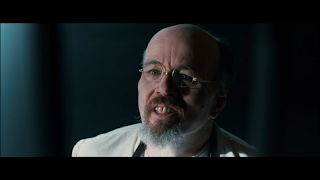 Pointless gore shot- check.  Seriously, this random vampire gets his organs pulled out to fulfill the movie's quote.  Done and done. 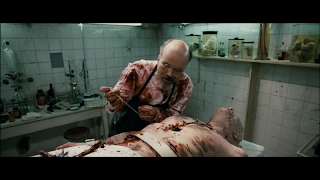 While he doesn't take the transformation too well, the Nazi takes it in stride eventually and tries to create a newer master race.  Speaking of Hitler... 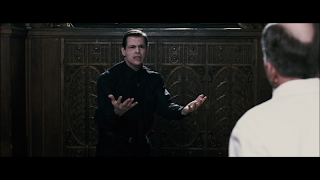 In a random dream sequence, 'Rayne is attacked by vampire Hitler.  WHAT THE HELL?!?  Why isn't this the plot and not what we actually got?  Dream over. 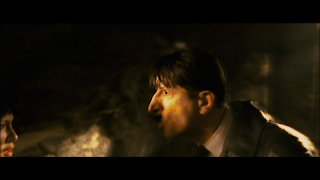 'Rayne helps pad out the run-time by posing in front of Romanian Castles, having a romance with a Freedom Fighter and having a softcore lesbian tease.  Yeah, they go here. 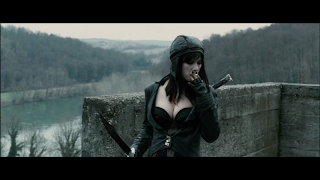 All of this builds up to an anti-climactic battle on a roadway involving the Nazis, 'Rayne and the Freedom Fighters.  As a newer release, I won't spoil things... 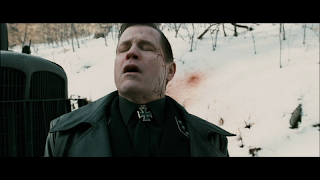 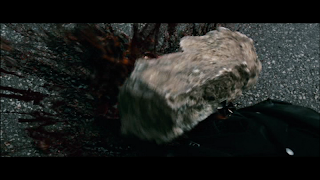 Bite me, Uwe- but not as hard as usual.  The plot of this movie is simple- a bit too much.  There are only about four characters that really matter here: 'Rayne, the Vampire Nazi, Howard and the lead Freedom Fighter.  Other than that, every other character is pretty much there to die or, in one case, lead to some cheap, fan service.  That's part of what makes the climax so silly, since the rest of the resistance group are suddenly built up as our heroes (since our two leads are captured).  It's just like 'Oh shit- I forgot to write them as important.  Oh well.'  In the movie's defense, there is a pretty good amount of action (although spaced out too much), plenty of blood and, obviously, that one fan service moment.  Besides that, the acting is pretty cheesy, you get a ton of people from previous Boll films (Malthe, Pare, Fletcher) and the movie never really appears to be all that expensive.  There's a line between being a cheap film and looking like a cheap film, folks.  If you like a film that involves Nazis, vampires and is not terrible, check this out.  That's probably the nicest thing I've said about any Boll film, so take that for what it is. 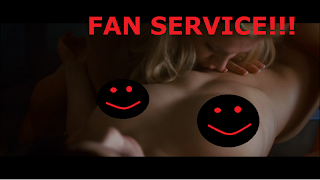 Next up, a recent flop that combines the Western and the Wuxia Film.  The result- a confusing, unfunny mess of a film.  Stay tuned...
Posted by Alec Pridgen at 10:56 AM