Change of plans- this one comes first.  Why give away the Main Event before the Lead-In, after all?

*****
Rock bands go together with science-fiction films as well as giant apes do with New York City.  I suppose someone had to do it though.  Given the history of The Flaming Lips and their music, I guess they were a given.  How can you make a song like Yoshimi Battles the Pink Robots, Part 1 and not make a sci-fi movie?  Unfortunately, they did just that.  The result: a bad, low-budget version of 2001: A Space Odyssey.  Yeah, I said it!  They took the drama out of a drama & awkwardly shoe-horned in a Christmas theme.  Close your eyes and cover your ears, indy music fans- this one is going to hurt!  Get out your belly tube for my review of... 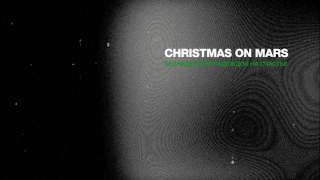 The film begins with...um, space.  That's pretty much it for nearly ten minutes.  Congratulations, The Nude Vampire- this movie also takes 7 minutes before we get any dialog.  Narration?  Nope.  Eventually, we get...a guy wandering around a dimly-shit ship.  By the way, the movie is also in black-and-white.  That is, of course, unless it feels like it shouldn't be for random moments.  Logic- screw that! 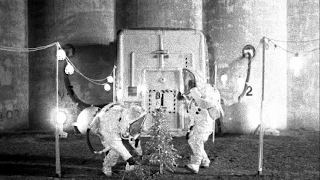 More walking around and banal dialog.  Yep.  People with teeth that shouldn't be in close-ups.  Yep.  Astronauts wander around for a bit too, while one guy who's supposed to be the Santa for the party goes crazy.  Why?  Just because, I guess. 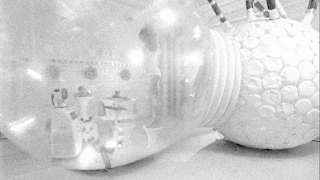 Is there an actual plot yet?  Nope.  I guess constantly introducing pairs of random characters counts as a plot.  Right?  Nope.  Hey look- color.  Oh wait- it's gone.  Apparently something breaks on the ship and that's bad. 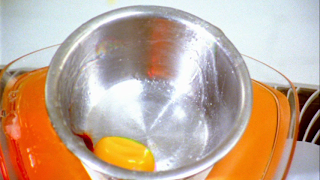 Finally, a plot arrives in the form of an alien showing up.  He walks up to the ship just as the crazy guy in the Santa suit runs out of the airlock to his death.  The crew's reaction: just kind of staring at him for a bit and moving on. 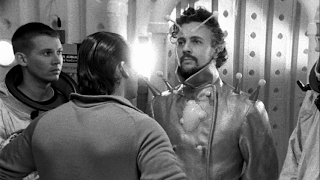 The alien proves to be pivotal.  Nope.  Scratch that.  He just takes the place of the old Santa guy.  This is important because...some reason.  Random color shot of the singer/alien.  Thanks.  That accomplished nothing, but thanks. 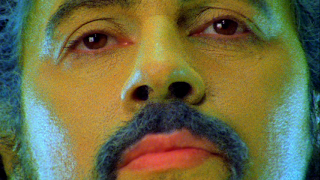 After some freaky imagery (including a dream where people have a vagina for a head), the Christmas celebration consisting of our hero, the alien and Fred Armisen (the SNL guy) goes off without a hitch.  Oh yeah, the random piece of equipment is fixed, so Christmas is a happy time.  The alien kind of just leaves.  The End. 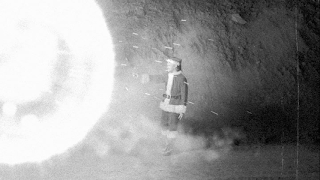 This movie sucks!  The plot is...barely there.  The stupid movie barely has any actual plot to it.  Some thing breaks, the party happens and the alien leaves.  I hope that can sustain you for 90 minutes.  The movie is just too pretentious for it's own good.  Case in point: the lead singer plays the alien and never talks.  Ha ha- it's funny because you normally do the vocals!  The acting is...well, the cast is mostly made up of the band.  You get Fred Armisen and Adam Goldberg in it for a bit, but that's about it.  The movie is entirely black-and-white, which I could deal with if it was done for the right reason.  Why was it done?  To hide the film's minuscule budget!  Check out the parts where the alien shows up in color if you don't believe me.  The worst part of the whole thing: it took 7 years to put together.  Yes, this is because of them touring and recording- I know.  Even so, all the time spent over that 7 year period could have been better spent.  For example, you could have not wasted my time! 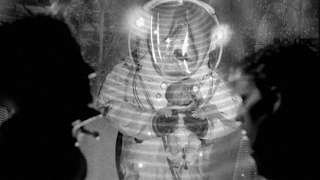 Next up, the update I promised yesterday.  It's totally happening this time.  Stay tuned...
Posted by Alec Pridgen at 11:56 PM