With so many shitty, Direct-to-DVD horror films out there, it's hard to pick on just one.  Of course, anyone who follows this site knows that I haven't!  Even so, this is another.  The film stars rock star Pink and genre actress Shannyn Sossamon.  Wow, I'm so excited now.  Seriously, it's impossible to restrain my total apathy. On the plus side, the movie is set and- at least, in part- filmed there.  Mind you, we spend most of the film in a dark sewer- duh- so it's kind of a moot point.  Just imagine if someone made a horror film that took place during Carnivale, only to set 90% of the movie in a janitor's closet!  What's the plot?  A mutated killer in the sewers who comes from a family of inbred freaks.  Yeah, it's Texas Chainsaw Massacre...In Paris.  That would make a far better title, by the way.  Don't worry, there is more to say about this film than just that.  Get out your convenient map for my review of... 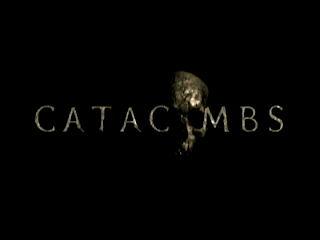 The film begins at a rave.  Great- I'm watching XXX again.  Actually, this rave footage is juxtaposed with shots of a woman running from a barely-visible killer.  She screams and yells in French.  By the way, this is one of the few instances in the film in which someone actually speaks French.  No, really.  After a bit of running, the movie jumps right into the opening credits.  There is actually a reason for this awkward cutting, but you'll find out later.  We jump to a woman (Sossamon) arriving in Paris via plane.  She reads a letter from her sister out loud via voice-over.  Oh yeah, they also steal the whole Sunset Boulevard hook by telling you that everyone she would meet in Paris would be dead.  In terms of the film's quality, I suppose I should say that this is ripping off House of the Dead actually.  Our heroine is a bit edgy and gets spooked by a police dog in the airport suddenly jumping and barking at her.  Naturally, this leads to her being pulled aside for additional screening...after the plane has landed and she's in the Terminal.  The point of this random scene: to have the character do a shit ton of exposition.  A lot of it is pointless, however, since we got most of it from the letter and her previous narration.  Well, as long as you're wasting my time for a good reason.  She meets up with her sister and continues to act antsy.  No time for that- you have to get new clothes for your rave.  Cue the montage... 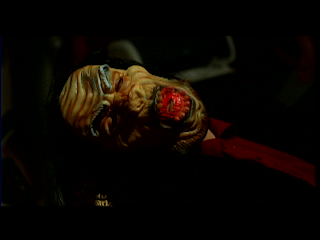 The rave is alright, provided that you wish to be drunk on the set of The Matrix Reloaded.  In a break from the partying, the leader of the group tells them the tale of a crazy, inbred family that has lived in the Catacombs.  They raised their son to be a killer, only for him to kill them and run free.  Back at the rave, Sossamon runs off after the group decides to go skinny-dipping.  Thanks to selective Editing, Pink appears to be standing still and suddenly is in the pool.  Sorry for all 10 of you who wanted to see her topless, but you won't get it here!  She goes to talk to her sister- also Edited around her nudity- and they get attacked by the monster.  Right at the thirty minute mark (on the freaking dot!), Pink is dead.  On top of that, the Police arrive to break up the Rave.  The problem: they don't break in when a giant line of people is entering from the street.  No, they bust in when everyone is down in the Catacombs, creating lots of chaos.  Our heroine gets separated and wanders around.  Get used to that.... 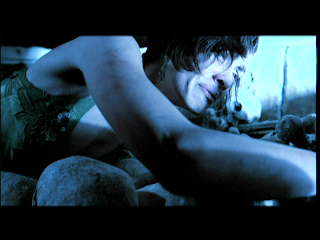 Yeah, she just wanders around for a long-ass time.  The killer chases her for a bit and then vanishes.  Seriously, he's just gone from the forty-five minute mark to about an hour and fifteen minutes in.  The rest of that time is obviously important as it leads to- you guessed it- more wandering around.  She eventually stumbles across another person, who turns out to be a French asshole.  His role here is to be the sixth real actor in the film and subsequently get hurt.  Our heroine actually leaves him to die when he breaks his leg, but vows to return.  Yeah, she doesn't.  Finally, another killer chase ensues leading to...our heroine being knocked out and...running into her sister.  Okay, are you ready for the mother of all stupid plot twists?  You sure?  Alright.  The story about the killer- fake.  Our heroine was the subject of a prank by her sister and her friends.  The whole point of this?  To scare her and make her change her skittish ways.  No, really.  The sister freaks out at Sossamon, however, when she learns that one of the guys was killed during the chase.  Our heroine instantly turns crazy and kills them, walking calmly out of the Metro covered in blood.  The End. 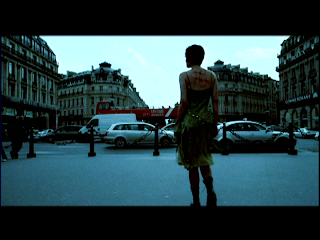 This movie sucks!  The plot is ridiculous, filling in a bad idea with worse ones.  The cliched killer in the sewers/forest/ship plot is so overdone that anyone would send it back at a restaurant.  Oh wait- it's supposed to be stupid, because it's a story.  Oh wait- no, it's not.  That's actually a stupid idea.  You can't throw in a plot like that as part of your 'super clever fake-out' plot.  By the way, April Fools Day called and said that 'you're a bunch of hacks!'  I'm referring to the original that pissed people off in the '80s, by the way, as opposed to the recent film of the same name.  The acting is...well, it stars Pink and Shannyn Sossamon.  Do I even need to elaborate?  I should also mention that the movie doesn't even exploit the idea of allowing us to see a famous non-actor die in the film.  You should have learned your lesson from House of Wax!  The movie is a big, giant tease for a good movie.  Unless you're into that, don't bother.  From Paris with Disdain, people! 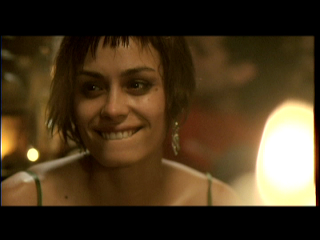 Up next, a week of Instant Viewing fun because with some '80s shit.  It features robot cyborgs that are mutants....yeah.  Stay tuned...