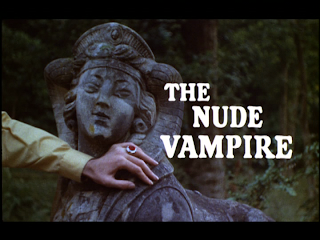 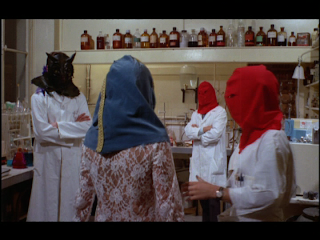 commit suicide with a pistol.  After this, they put on their masks as a woman appears from behind a curtain and sucks that corpse's blood.  When our heroes' picture comes up (how do they have that exactly?), he shoots the man and runs off.  This is surprisingly easy, considering all the subterfuge.  Finally, we get a hint of the plot.  A trio of old men are experimenting on the woman from before because she's a vampire (duh) and her blood apparently holds the secret to immortality.  One of the men is the father of our hero, which just raises more questions about the earlier scene.  Him and a friend make plans to break into a different ceremony, since that's a good idea.  In a completely random moment, a black woman shows up at the guy's house and dances in the nude.  After five minutes of leering camera angles and super-tight close-ups, she lays down near the guy...but he leaves.  What was the point of that?  Oh right- boobs.  To add more confusion to the mix, a man who dresses like a mix of Jim Jones and Superman talks about how he knows the secret of what is going on.  Could you tell me please? 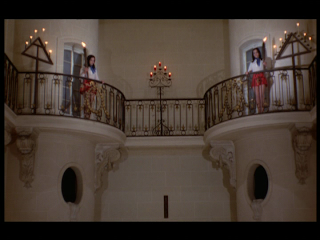 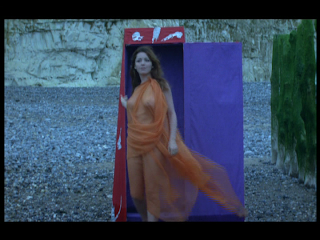 The plot is a vague mess that appears to tie together nudity and a small amount of blood.  Mind you, The Grapes of Death was made a few years later and is considered France's first 'gore film.'  Obviously it would be about thirty years before the world would get theirs in the form of An Inconvenient Truth.  Bring on the hate mail!  The whole thing is a weird mess.  I mean, there are vampires, a cult and, now, aliens.  What?  Why?  I just don't get it.  The movie is supposed to tell me what exactly?  I fail to see any rhyme or reason to this.  Ignoring that, there are many other things to boggle the mind.  The random nudity, for one.  Another thing is that they have one scene that runs on way too long in an attempt to pad out the run-time.  As the dad's two companions leave, we hold a steady shot of them walking up the field.  Halfway through, they stop talking...but they still film them walking all the way back!  Why?!?  Apparently Human Robot vs. The Aztec Mummy was not the only one to think of this idea back then.  Thankfully, your legacy lives on in piece of shit movies like Mr. Halloween.  God bless you, pointlessly-extended tracking shot!  In summary: weird, random and confusing.  Welcome to Jean Rollin movies. 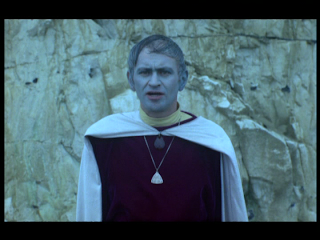