Bollywood- what an industry!  My experience with the worldwide phenomenon has been very interesting.  Thanks to Mondo Macabro, I've gotten to see a few of their horror films.  Mind you, these films have also included long, musical numbers too.  Hell, the Indian Nightmare on Elm Street film actually ignores the Freddy character for nearly thirty minutes straight!  On top of that, I've seen both Dhoom (aka Taxi) and Dhoom 2 (aka Taxi 2).  How much weirder can you get than a Bollywood remake of a French film series?  Well, here to answer that question is today's film: Agyaat: The Unknown.  This film is a straight horror film from India.  Yes, they make those.  Any Bollywood film that spends less than twenty minutes singing immediately gets my attention.  Does it make the most of this?  Get out your off-camera effects for my review of... 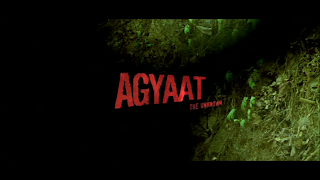 The film begins in a theater...which is oddly-logical.  A man is watching a woman in a Bollywood film (why not?) and...starts to have a dream.  Really?  We're going there now?  Yes, two minutes into this film, we have a musical number in a dream sequence.  After six minutes of this (yes, I counted), we get the plot.  Basically, a man is making an action film out in the jungle of Sri Lanka.  How do you get clearance for that?  To do so, he's going to bring about twelve people.  Hey, if my friends and I can try to make a movie with five people, why not?  The group includes the eccentric Director, the cheap-skate Producer, the grizzled Action Director, the idealistic Assistant Director (also the lead), the jerk Star and his girlfriend- who is also the Starlet.  You got all that?  Because it's very important that you remember these people and their one-note characterizations.  The Star is bitchy, his girlfriend is nice and everyone else can't get along.  They meet a creepy guy in the woods who also serves as their guide.  If you want to have fun, make a drinking game out of how many times the star threatens to quit.  That will help you out. 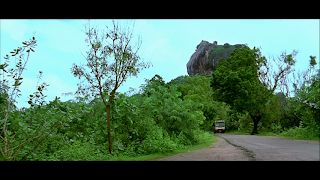 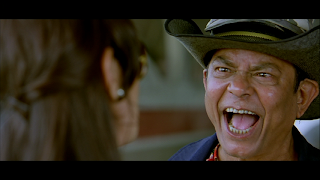 One day after filming, the group decides to go camping.  Why?  Because their only camera is broke.  No, really.  That night, they see a shooting star and discuss, although they don't feel like showing it to us.  Boo.  After a bit more padding and one *short* musical number, the horror begins.  They find their creepy guy dead, courtesy of a shot stolen right from Cannibal Holocaust.  At least you're in...um, lots of company.  They try to leave in their truck, only to run into a branch...kind of.  The group really doesn't hit a tree or anything- they just stop.  The group runs around for a bit, making sure to argue a bit as well.  The producer gets grabbed by a monster just off-screen...and it remains that way.  You want to see the monster, don't you?  Is it a space alien?  Is it a Predator?  Is it a three-head, six-armed, double-penised monster?  Wait and see.  The group wanders around some more.  I can't get enough of that. 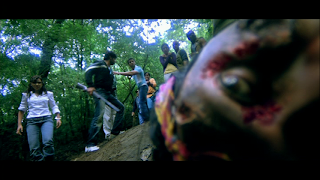 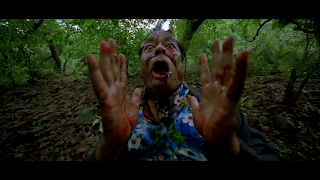 The group stops for the night and proceeds to bond.  We get little plot threads addressed, like our hero's interest in the starlet and the star still being a dick.  Okay, that part didn't change any.  As time goes on, the group gets a bit smaller.  It ultimately boils down to just the ADR, the starlet and his girlfriend/PA.  As they start a bit of a climb, the girlfriend gets her ankle injured and just sort of gives up on life.  Seriously, she just jumps off the ledge.  Meanwhile, another crew member learns that his faith in deities for protection is no good.  So what could be killing them then?  A chase ensues as the final two run and run and run.  They end up in the river and the monster doesn't follow.  Apparently, this monster is hurt by water, a plot thread set up in a scene where it rained.  The pair go down the river and eventually fall over a waterfall.  Yeah, that would kill you.  They end up in a village as the monster roars off-screen.  When asked what attacked them, they answer 'I don't know.'  Immediately following this, we get a screen saying 'Coming Soon' followed by 'Agyaat 2.'  No, really.  The End. 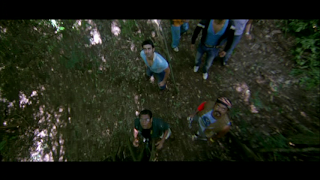 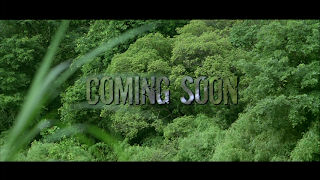 This movie is bad.  I don't care how many nukes that country may secretly have, I'm saying it!  The plot is as bare bones as the skeleton of that guy who skinny dipped in a river full of piranhas.  People go to the jungle, monster appears (but not on camera) and death ensues.  That's all you've got?  If you're going to be that 'stock,' you could at least throw in some interesting characters.  Yeah, not so much.  An egotistical actor- seen it.  Crazy producer who makes faces- who cares?  Dorky guy obsessed with a starlet- so what?  The biggest thing is this: the movie is a tease.  Much like how Lost Boys II was just to set up a film where the two Coreys faced off (sadly, that won't happen), this one is to set up...um, an interesting movie.  Why would I bother?  If you didn't care about showing me the monster- the crux of a monster movie- why should I believe that you will this time?  Viewers who can get past this pretty serious oversight may have fun with some of the silly characters and bad acting.  As for me, I'll stick with Dhoom 2.  At least that film was hysterically-bad. 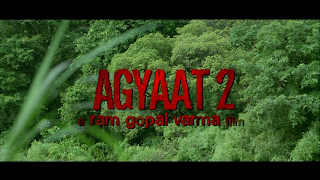 Up next, we return to the wacky world of Jean Rollin.  What's better than a vampire, a masked cult and random nude scene (or 8)?  Stay tuned...
Posted by Alec Pridgen at 11:44 PM

Email ThisBlogThis!Share to TwitterShare to FacebookShare to Pinterest
Labels: Bollywood