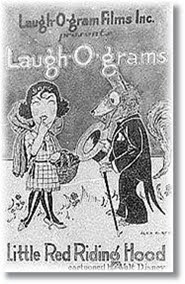 The Story
In the 1920s, a little film company called Disney was trying to break into the animation market.  Come 1922, they made their first major short: Little Red Riding Hood.  Clocking in at 6 minutes or so, the film was arguably their first attempt at animated storytelling.  At some point, the film became lost.  In 1980, the film was listed by the AFI as one of the 'Top 10 Most Wanted Films For Archival Preservation.'  Would that day ever come?

Was it Found?
Thankfully, yes.  In 1998, a film historian went to a film library and discovered a print.  He made sure to restore it the same year.

Significance?
It is a piece of animation history.  Disney is a massive name in the field of animation and this is arguably the start of their empire.  Many more films would come to solidify their place.  Is this movie going to ever be compared to Sleeping Beauty or Cinderella?  No.  However, without this film, it's hard to say whether or not those would have been made in the first place. 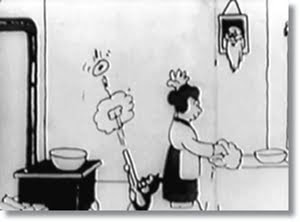 Next up, Tarzan makes his way to the craziest of places.  Yes, there is another one of these!  Stay tuned...

*Credit goes to the nerds at Wikipedia for cataloging this*
Posted by Alec Pridgen at 2:58 PM

Email ThisBlogThis!Share to TwitterShare to FacebookShare to Pinterest
Labels: lost and found