We can't leave well enough, can we?  Some three years after Alfred Hitchcock's death and twenty-three years after the original, this sequel came out.  I have to ask this: why?  What was set-up in the story and not followed up on?  No.  The story opened, took place and closed within the run-time.  Apparently, there was studio talk to get this movie done with our without anyone involved taking part.  According to reports, Anthony Perkins signed on to do the film when they told him that they would/threatened to cast Christopher Walken in the lead role!  All I can say is this: I want to see that movie!  As stupid as this whole thing is, seeing Walken play Norman Bates would have been golden!  Anyhow, this movie is not based on the book of the same name, which actually mocks the whole idea of making a movie follow-up.  Instead, they just made up some new shit...which is about the same as the old shit.  Will this one hurt real bad?  Get out your old lady wig for my review of... 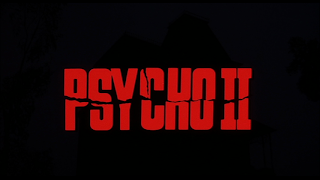 Want to know why people get mad at this movie so easily?  The very first shots of the movie are the famous 'shower scene.'  Yes, they open the film with it- just in case you forgot!  You're not helping your case, guys.  The movie proper begins with Norman Bates in court attempting to get released on parole.  After twenty-odd years in a psych ward, he seems to be fit for the general public.  One woman makes an adamant plea for him to stay in jail, but to no avail.  He gets taken to his old hotel/home by his aid worker Robert Loggia.  Despite his long career, I can only think of the Family Guy joke when I see him.  He learns that his hotel has been run by a fat, sleazy man (Dennis Franz) has been using at as a place for teens to drink, do drugs and have sex in.  He fires the man without a second thought and attempts to start a normal life.  He gets a job at a nearby diner, where he runs into a drunken Franz hassling a waitress (Meg Tilly).  He gets mad at him for leaving a note about the murders on the order list...but nobody sees the list.  This gets him the affection of the young woman, who agrees to stay the night at his house due to her breaking up with her boyfriend.  Don't worry- nothing happens.  How could Anthony Perkins resist the ladies? 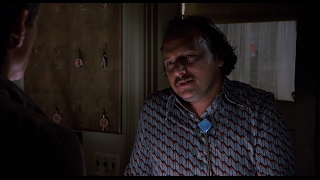 Unfortunately, blending into society is not easy for our hero.  He starts to get weird calls from his mother, which is odd when you consider that she died sometime around 1946!  On top of that, people in town begin to question his motives and accuse of him of being 'up to something.'  The next day at work, the young woman says that she's going to stay somewhere else for a while, something that Norman doesn't like.  However, things turn back in his favor and she does stay at the house.  What was the point of that aside, movie?  Speaking of pointless, we get a shower scene with Tilly, but it all involves someone peeping at her through a hole in the wall.  She later discovers it, but never talks about it with Norman.  Um, what?  Why do you keep building up things that you don't follow up on?  One day, Norman is out working in the yard for a while.  Meanwhile, some teens break into the attic and 'make whoopie.'  Norman seems to have a blackout right before someone dressed up like his mother shows up and kills the mother.  The police check out the scene, but find nothing.  When they press Norman, Tilly covers for him.  It sure is nice to have a woman on your side who can ignore all of your creepy faults.  We can all hope to be so lucky! 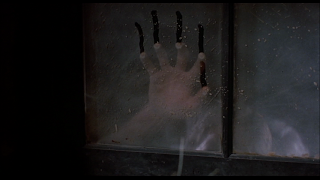 Things only get worse for Norman and all of those around him.  We finally learn out the real truth behind Tilly's character: she's the daughter of the woman who opposed Norman's release.  As it turns out, she's the sister of the famous shower-kill victim from the original.  All of the calls have been made by either the mother or the young woman himself.  When the woman finally tries to stop doing it, the mother gets enraged and goes to the attic to retriever her 'Norman's Mother' costume.  Someone kills her down there, however.  On top of that, Franz's character has been missing for a while and the police find his car in the same swamp that Norman dumped the victims last time.  You, sir, are either a patsy or the worst killer ever!  Norman continues to get weird calls from 'his mother,' so the young woman tries to put a stop to it by talking into the phone instead.  He seems to ignore her, talking about how his 'mother' is not his real mother.  Loggia shows up and the woman inadvertently kills him, aping the famous 'stairwell death' from the original.  She brings Norman down to the attic and tries to turn him, but gets shot up by the cops when they arrive.  In the epilogue, Norman is cleared of the crimes and meets up with a woman from before.  He has tea with his real mother...before promptly killing her.  Well, he's crazy again.  See you in three years for the next sequel! 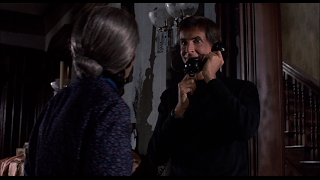 This movie is...not as bad as you might think.  Don't get me wrong- it pales in comparison to the original film.  The plot is mostly a retread, but does feature some new ideas.  The introduction of Meg Tilly's character gives a lot more of a chance to succeed than it would have without her.  Thankfully, the amount of retreading that the film does is actually for a purpose.  Just looking at a plot summary or the like would make you think that this movie is awful.  What it actually is, however, is this: decent.  I can't whole-heartedly recommend this movie to a lot of people.  However, I can tell you that it's not utter shit.  There are some decent thrills and kills here, although the film does get a bit bottom-heavy.  If you can buy into the whole thing, you may enjoy it.  If the idea of this film even existing offends you, well, I can't help you there.  If you want to really get angry, just think about Psycho III, Psycho IV and Bates Motel (the movie/back-door pilot for a show that was never green-lit).  Yes, the remake was pretty pointless too. 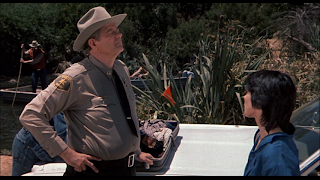 Up next, I cover the two sequels to Re-Animator.  Should you bring out your dead or just let them rot?  Stay tuned...