I know you've guys have been waiting for this one for a quite a while, so I won't leave you waiting any longer.  Check this crap out... 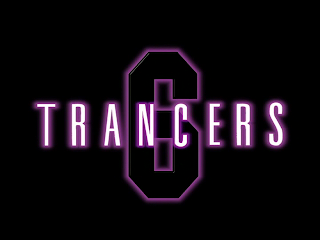 The film begins in the future with some guy talking to Jack Deth on a video screen.  Apparently, he saw a future vision of Jack's daughter/future descendant (I hate you, time travel!) being killed, so he sends Jack 'down the line.'  Of course, this is all a guy talking to stock footage.  Think I'm joking?  Check this out... 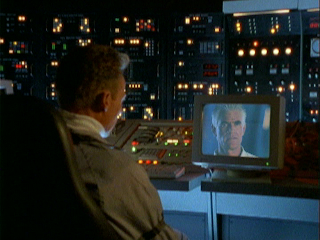 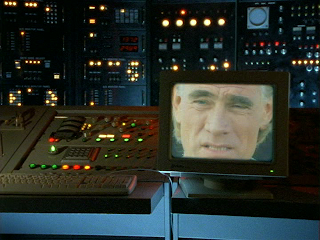 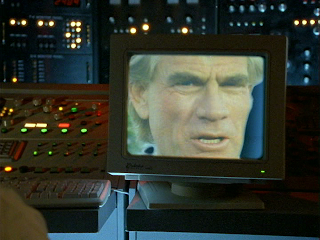 Anyone with working eyes can see how badly-chopped up this crap is?  How hard would it have been to get Tim Thomerson again?  He's still acting, so it's not like when they replaced the actress in the sequel to Island of the Fishmen (yes, it is real).  Hell, the guy's last movie was War Wolves, a shitty film that is a future review on the site.  I think he had no better options, but whatever.

Then again, Trancers 6 has shots like this in it... 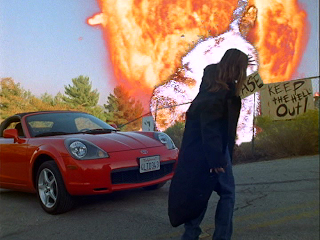 You made a good call, Tim.

Next up, in the wake of all the hype about the new Doctor Who Matt Smith, I thought it was worth looking into a mistake they made in the past.  Welcome to Hell, kiddies.  Stay tuned...
Posted by Alec Pridgen at 4:40 PM