Yeah, very few people liked Roland Emmerich's Godzilla.  I don't blame you.  I've grown to understand this feeling after seeing the film as a teenager and actually liking it.  Don't get me wrong- it was dumb.  However, it featured a giant monsters smashing up a city- sold!  Looking back at it, it had neither 'jack' nor 'shit' to do with the actual franchise and is, in many ways, like 1999's Yongary (aka Reptilian).  Someone wanted to make a monster movie about something, bought up a name and went to town.  Ironically, that film was made due to market off of Emmerich's.

That said, something good did come out of this whole thing... 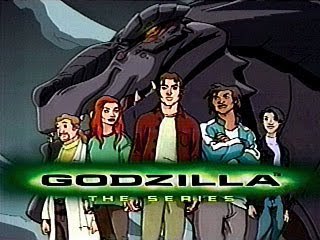 Yes, they made a cartoon show out of it.  It was an interesting, albeit safe, idea at the time.  The guys over at Fox owned the movie license and had a cartoon block- why not?  After all, this logic also brought us the surprisingly-good Men in Black cartoon. 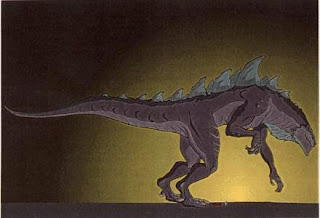 The premise is simple: the egg left over from the end of the movie hatches and is discovered by Dr. Nick (Hi, everybody).  Ever wonder if there was pay-off to that sequel-bait ending?  Now, you don't!  Since it's own offspring is dead, it thinks that the Doctor is its parent.  Fortunate timing too, since a horde of monsters have begun to pop up all over the world. 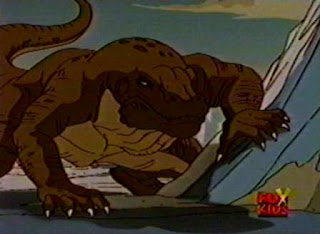 The show was pretty formulaic, but did have some good monster-on-monster action.  It also had decent, albeit a bit one-note, characters to fill the non-smashing time.  They were nothing special, but better than anything given to us by the last Godzilla cartoon!  Incidentally, the closest you get to a Godzookie here is a robot voiced by Tom Kenny.  It is light years beyond that '70s crap! 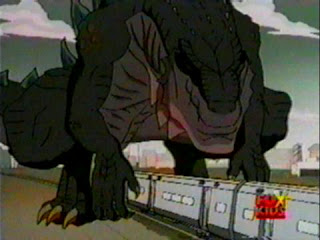 The show is not officially on DVD, but select episodes can be seen in individual sets.  Out of those, there is one I highly-recommend.  As part of the Season 1 mid-point, they had a three part series called 'Monster Wars.'  That plot involves aliens, flying saucers and a whole bunch of return monsters.  That's not the best part: Mechagodzilla! 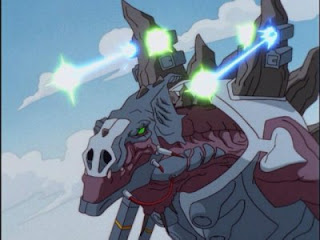 In a really clever move, they have the aliens make their own Mechagodzilla.  How?  By drudging up the corpse of the film's Godzilla monster and attaching lasers to it's back!  The whole thing is pretty big and epic...making you really wish that you could see all of the build-up to this.  Seriously Fox, the show was not a classic, but it deserves a DVD!  Come on, you guys made Life With Louie, so you can't be that picky! 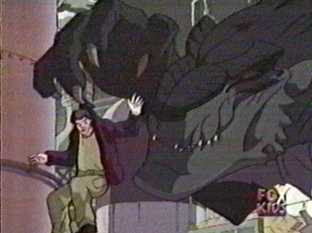 Up next, I take a look at a show before my time, but produced by a man who would influence my generation's animation.  How odd will his early work be?  Stay tuned...
Posted by Alec Pridgen at 10:33 AM