You think that you've seen every gimmicky horror film ever?  Well, think again... 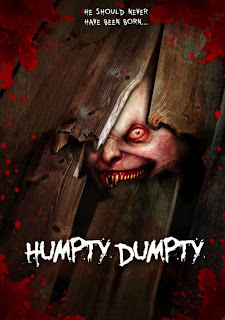 What the...what the hell is...Is there even an explanation for this film?  Probably not a good one.

I should note that this poster originally was released in May of 2009 here, but apparently has a 2011 release date now.

Next up, a different sort of Jaws rip-off promises a lot.  It fails to deliver, of course.  Stay tuned...

P.S. I goofed on my extra poster, so pretend that the last teaser didn't happen.