Review in Pictures: Journey to the Center of the Earth 3-D

In the past, you can't see straight!  This 2008 film stars Brendan Fraser and is an update of the classic Jules Verne tale.  This is not to be confused with the non-3-D version of the tale made-for-TV or that other non-3-D version made by The Asylum (see tomorrow's review).  Basically, what I'm saying is that this is a very popular tale to make.  It harkens back to 2005 when we saw War of the Worlds by Steven Spielberg, The Asylum and some guys in England with no money.  Good times.  As an unrelated side note, 2008 saw the release of The Asylum's War of the Worlds 2: The Next Wave.  Coincidence?  Yes, actually.  One important thing to note is that this film was released in 3-D, but I watched the 2-D version.  For those of you with glasses handy, here is the title card in 3-D though... 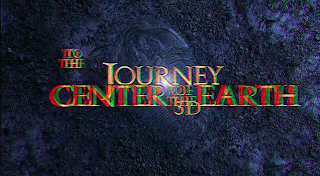 * Our opening scene has a man chased by a dinosaur.  Does it matter?  No.  It's all a dream sequence. 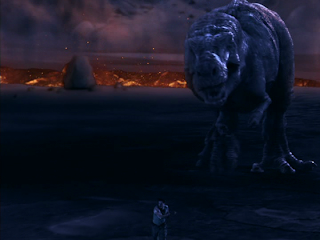 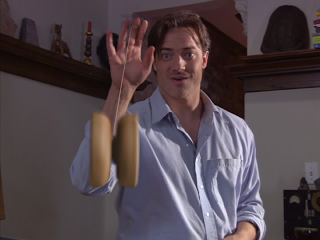 * Seth Meyers makes what is essentially a two-scene cameo here.  He's a smug bastard...and that's it. 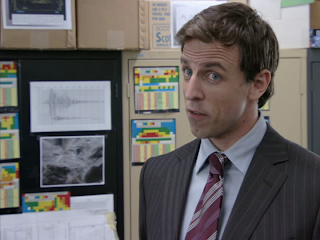 * Our heroes end up in a cave and riding the rails.  Does this scene feel familiar to you at all? 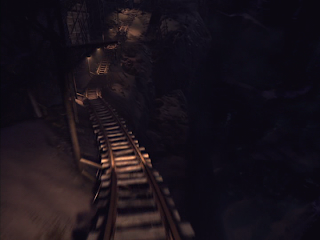 * There are incandescent birds in the center of the Earth.  I just thought that you'd like to know that. 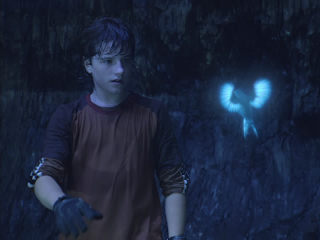 * The center of the Earth is Shangri-La?  Kind of.  Unfortunately, Fraser's brother- who he was looking for- is actually dead.  How un-PG of you! 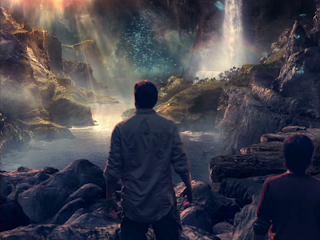 * Apparently gravity works differently in the center of the Earth as our younger hero leaps across floating rocks.  Sure- why not?!? 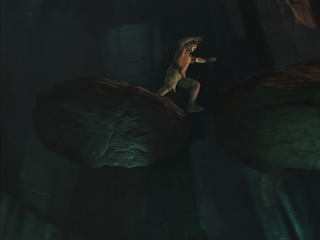 * You can't have a Journey to the Center of the Earth film without a T-Rex.  You can, however, have it without a giant ape though... 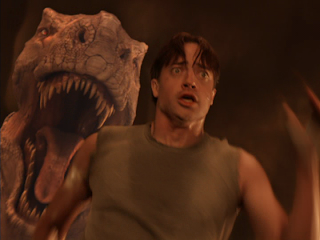 * While I won't spoil much, the climax involves lava not being able to burn through rock (what made the holes then?) and launching our heroes!  The End. 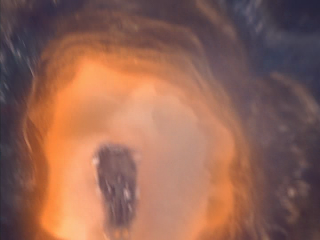 Peril in 3-D!  The plot of this movie is decent, although they make some odd choices.  Fraser going on the journey with a young companion is neat, sure.  However, he takes his nephew all the way to Iceland to find his brother, who vanished about a decade earlier.  For one thing, that's really risky to the nephew.  Secondly, did you really expect to find your brother alive?  If not, you're setting this kid up to go on a dangerous trip AND to see his dad's corpse!  Closure is nice, but not so much when it's a bloated mound of flesh.  Aside from that, you get a good adventure that has action, fantasy and lots of stuff to look at.  As a narrative, it's a bit 'meh' for me.  If you want a nice, family-friendly film, you will have a good time.  If you want a crazy version of the film, check out the 1978 film (link below)!  Punch your hand off, Brendan. 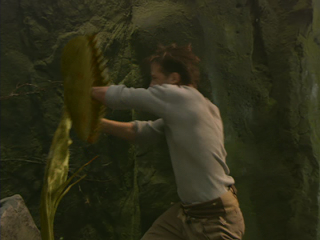 Next up, The Asylum gets their shot at Jules Verne.  Of course, that just means more re-used sets, actors and T-Rex models.  Stay tuned...

Email ThisBlogThis!Share to TwitterShare to FacebookShare to Pinterest
Labels: review in pictures