While Cemetery Gates was only a decent movie (seriously, it was too random!), it did provide me with a wealth of these for updates.  Let's start with the most inexplicable one.

Two guys we've never met before are walking around.  Hey look- Bronson Cave.  Watch for the Gatoroid, Crocosaurus and/or Batman! 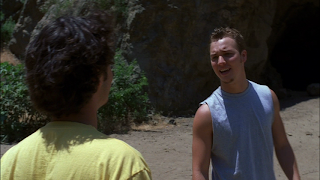 One of them goes into the cave, since their frisbee got tossed in there.  Seriously- that's the reason! 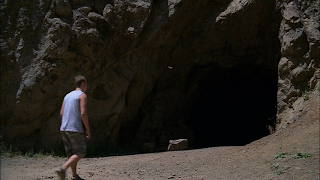 "Help- the cheap production values are killing me!  That and the giant Tasmanian Devil, of course." 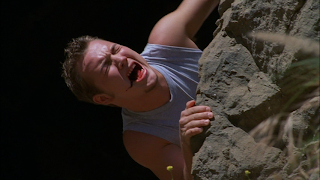 Aww- friends to the end...literally.  By the way, you may want to move away from the corpse. 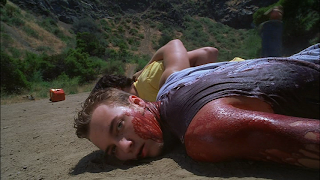 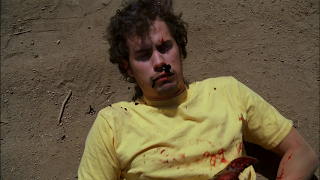 Just remember that you will always be remembered as the guy who was killed by this thing... 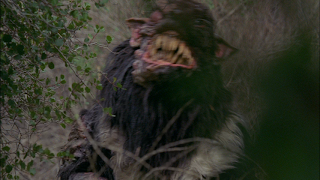 Seriously though, I don't think that these guys even had names!  They just appeared out in the woods and got killed.  No rhyme or reason to it.

Next up, a woman learns to choose between two terrible fates.  Given that she's here, you can imagine how this goes!  Stay tuned...