In the Syfy Channel film (and upcoming review in July) Sand Serpents, our heroes have escaped their terrorist captors and call in a blackhawk helicopter for rescue. 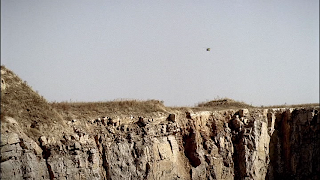 "Hurray!  There's no way that this won't turn out to be bad, especially since it's only 20 minutes into the film!" 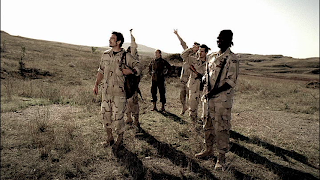 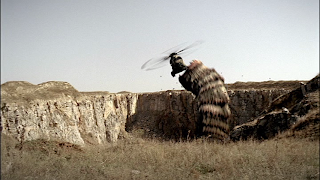 Quick aside- don't these things have radar?  It just seems like a 100-foot worm would show up on that! 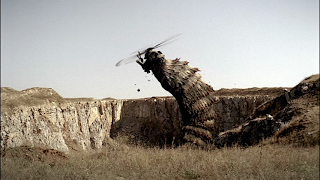 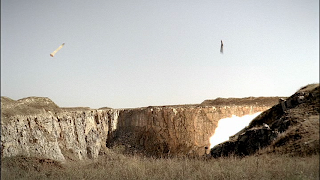 The worst part is that Samuel L. Jackson was on board explaining how they could use the helicopter to escape the building full of dog soldiers!  Ha ha ha- confusing, referent joke!