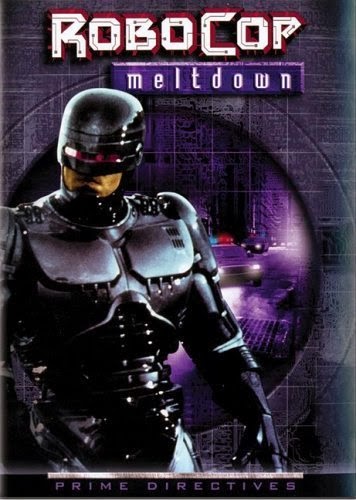 We're back with the delayed Part 2 of the series.  For those new readers, here is what you need to know:

* It's 10 years later and Robocop is considered obsolete.
* OCP has become a mainstream company that bought out the police.
* A whole slew of complex relationships are here, including Robocop's son being an executive at OCP & his former partner being the ex-husband of another OCP executive.
* At the end of the episode, Robocop's friend has died, but has been taken into the Robocop program himself! 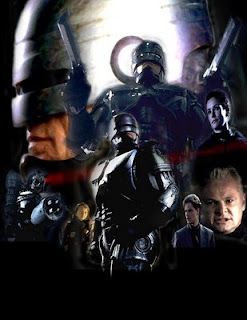 * A group of female cyber-thieves break into OCP to steal some files.  The cops bust in, so the women turn on the company security.  This leads to a man being cut in half by lasers.  This part is looking up now! 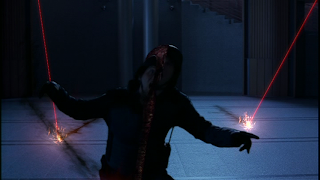 * Robocop beats up the women, but loses in the end.  This is part of the whole 'Robocop is not advanced enough' storyline.  This is not aided by the new Robocop (aka Robo-Cable) being sent to hassle the head of OCP, leading him to be an outlaw.

* All of this leads to a face-off between Robocop and Robo-Cable which...well, does not end well for our hero. 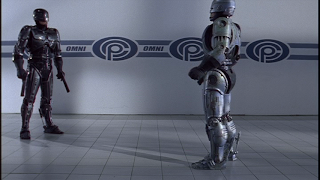 * This pushes our hero underground and away from what he feels comfortable.  Meanwhile, the program to computer control the OCP building- as the start of a citywide program- keeps going.

* After a disastrous second battle, our hero manages to turn Robo-Cable to his side by accessing his remaining memories.  They become buddies and shoot up the corrupt police officers.  Don't worry- they're wearing vests.  Oh yeah, the lead officer is played by the partner from the Tekwar series. 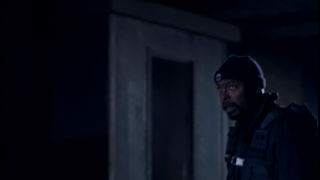 * All is not well, however, as the corrupt executive at OCP (well, the one they focus on) kills all of the CEOs in their office.  Dun dun dun!

Up next, the series continues.  Who will live?  Who will die?  Stay tuned...
Posted by Alec Pridgen at 6:24 PM