Something could be said for the idea of getting a celebrity on board a project in order to get it done.  Mind you- the first thing that comes to my mind is Sheitan, a crappy French horror film that only got green-lighting due to Vincent Cassel signing on board.  I'm sure that there are others, but they don't prove as applicable to today's film.  This little 'gem' is a low-budget horror film that rips off a bad horror film while trying to be a generic one.  How often do you see someone aim that low?  The big star that this movie is built around: rapper DMX.  That's right, the star of Cradle 2 The Grave and Never Die Alone is in this thing.  Mind you, he is not the star of this movie, no matter how the DVD credits want to trick you.  The producers want you to know just how involved Mr. DMX was involved, going as far as to give him both top-billing and above-the-title billing!  Who gets that in movies these days on the actual movie, not just the poster?  Before I begin, I should also address the title situation.  The one I used in my schedule is an alternate title which I chose to use because it just sounded better.  Now, on with my review of... 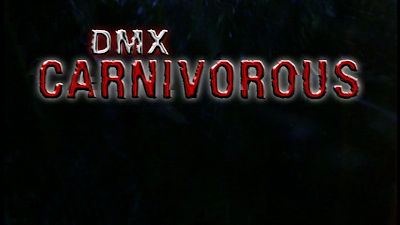 The film begins in the past with a young man in an abusive household.  His mother is pushed around by his drunk dad (possibly stepfather) and he merely listens.  A lady friend visits his window and he convinces her to join him on a little trip.  He goes down the road to his neighbor's house and breaks into his voodoo toolkit.  What?  You don't have one of those?  He steals a pen with a snake head on it and gets back in the house.  After his dad yells some more, he makes a drawing of a snake eating the guy, which causes something unseen to kill him.  We also see a young kid who should probably abandon all hope, as he will grow up to be DMX.  I'd quite while you're ahead!  We jump ahead to the present and find the man grown up into a paunchy, 40 year old man who is married to a relatively-cute woman.  They live a peaceful life on their own farm, which is the recipe for horrific tragedy in movies like this.  The movie constantly and intermittently pulls away from this idyllic scene to introduce us to our main characters- three idiots and one normal person.  A new guy enters the scene, a former nerd who is...a grown-up nerd.  I feel your pain, buddy!  For some vague reason, he is invited on a getaway with the group, despite going away for college.  Vacation- sign me up! 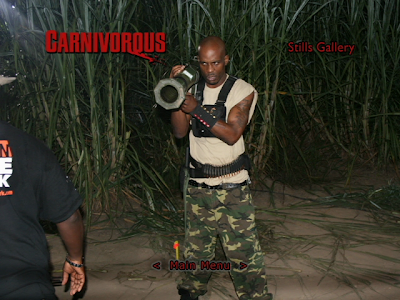 You can see the problems early on as the movie's editor is just trying to piss you off.  He spends about two minutes with the nice people and just jumps to the drunken idiots without warning.  Was this edited on a dare?  Our stories finally link up as the jerks take the two decent characters out on the road in a giant pick-up truck.  We get an oddly-long sequence of the trip, including a bit where the two idiotic guys scope out the slutty girl, while the good characters are in the back.  The movie also runs some strange scenes where the characters don't talk.  Um, action?  All of this leads up to the wife discovering the snake pen while digging up dirt to plant some flowers.  Afterward, she goes to check the mail while wearing her headphones the whole time.  You can see where this is going, can't you?  While checking out the blonde's ass-crack, our idiotic driver runs over the woman and kills her!  In the ensuing rage and grief, the man discovers the pen and makes an oddly-detailed drawing of a snake eating the truck and its passengers.  Oh my God, he made the cover to Snakes on a Train!  Meanwhile, our heroes figure none of this out and go to the cabin.  Guess what the two horny idiots are going to do. 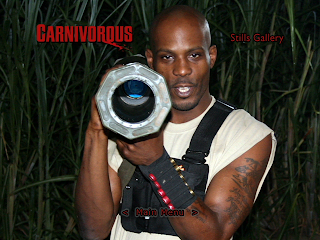 The movie gets pretty conventional from this point on, for the most part.  The lead idiot- the boyfriend of our heroine- goes out by himself and gets killed by the monster, although we still see nothing.  The part of the drawing showing the guy turns red, which prompts our reluctant killer to finally figure it out.  He does his best to destroy the drawing, but it is somehow impervious to damage- even from a knife!  The horny couple re-enact Paris Hilton's pre-death scene from House of Wax, but the mood is ruined by a giant snake tail through her boyfriend's stomach.  By the way, it has a razor-sharp tail.  A bit away, DMX figures that the snake is back and calls in a favor.  A couple scenes later, a friend shows up...with a rocker launcher!  Who is your friend, Sledge Hammer?!?  Our heroes figure out that something is up and hide in the truck, but can't drive away since the keys are with the dead guy.  The younger brother shows up, having hidden in the truck apparently.  The good guys drive to safety, but run into the guy who made the drawing.  They eventually make peace- not before a bloody nose- and try to stop the beast.  They meet up with DMX, who tells that it is pointless.  Minutes later, he shows up with a bazooka to help out.  Huh?  Anyhow, the artist is decapitated, but the snake meets its end when the rapper blows its' head up with a rocket.  The End. 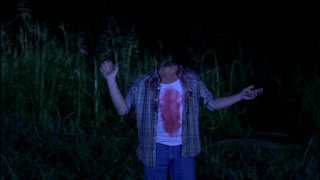 This movie was bad.  In case you did not figure it out, this movie is a rip-off of Pumpkinhead 2.  Why would you possibly rip-off a movie whose star power consists of Andrew Robinson (the villain from Dirty Harry and Trancers 3) and Roger Clinton (Bill's brother)?!?  They try to disguise this with the snake element, but we can all see through this, can't we?  The acting is terrible, the effects are minimal (it shows up only in the last twenty minutes) and the plot is ludicrous.  The movie tries to throw some morality into it, but this just feels odd.  The guy whose wife is killed by terrible people is killed by the monster he unleashed- how should I feel?  He tries to undo his actions, but many people might argue that he shouldn't!  It's not like they had no way to avoid the situation or anything!  You know what- a plot this dumb is not worth stepping into a moral quagmire.  It sucks- move on. 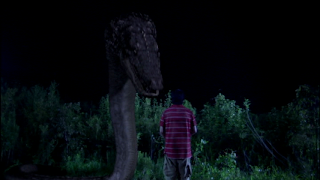 Up next, a rare film comes to you courtesy of Amazon.  All I can tell you is that it involves lots of fire and a star of a recent Rob Zombie film.  Stay tuned...
Posted by Alec Pridgen at 12:32 AM