TV on the Internet- The Morgue (Ash vs. Evil Dead)

Before the next Episode drops, I might as well talk about the last one... 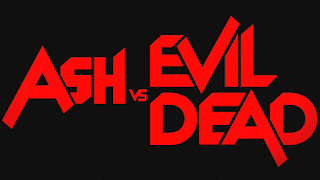 Ash and company have to get the Necronomicon, but it has been hidden in a bad place. 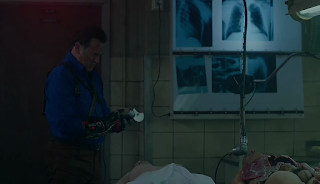 A room full of bodies is enough of an excuse to spray Ash with blood.  Like they need an excuse though... 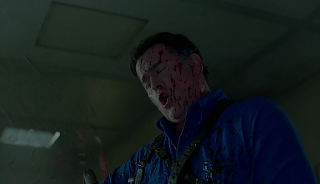 He finds the Book, but a freaky fight ensues.  It goes so far and gets so crazy that I won't SPOIL it. 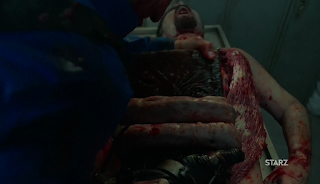 In a Sub-Plot, Pablo learns some secrets about himself that happened as a result of his possession.  Will he better off not knowing? 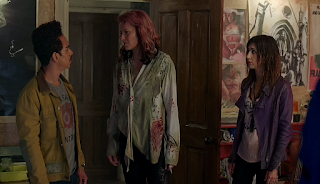 On top of everything else, will they have trouble with the Law?  Watch and see. 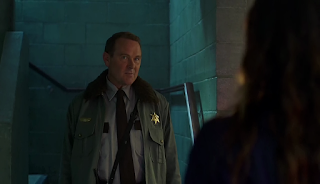 Crazy, crazy shit!  This Episode had the right balance of Plot, crazy and gross-out humor.  The whole part with Ash in the Morgue is just ridiculous.  That's not an insult- that's a compliment.  Shooting!  Chainsawing!  Blood fountains!  I won't SPOIL all of the craziness that happens in that Scene because it is just so damn bizarre.  I kept thinking 'They aren't going to go this far' and then they did!  Good for them.  On top of that, they mix in some good bits of Plot, build up the Characters and expand the Evil Dead Universe.  Good, crazy stuff.  Have I said 'crazy' enough yet?  One thing I really like with the Show is the attention to little details.  For example, where else can you find a Faygo Machine?!? 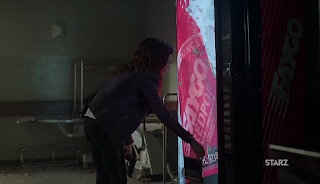 Next time, the battle for the Book continues!  What kind of crazy will happen next?
Posted by Alec Pridgen at 10:50 AM

Email ThisBlogThis!Share to TwitterShare to FacebookShare to Pinterest
Labels: 2016, ash vs evil dead