Before you find out how you-know-who killed 6 months ago, find out about a more frosty variety of Dead... 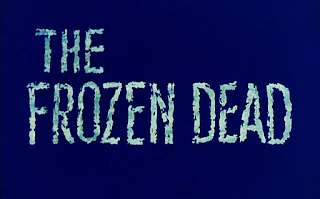 In the late 60s, we learn that a secret group of Nazis has been working on an experiment- freezing their men Winter Soldier-style 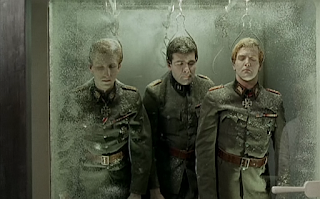 They froze them 20 years ago for a later conflict, but are now having problems restoring them mentally after all this time. 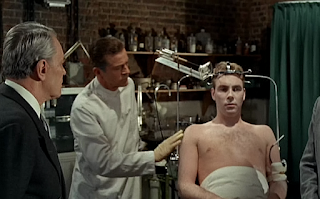 As bad luck would have it, one of the Scientist's Nieces shows up to visit.

As good luck would have it, they need a recently-living brain to study with, so they use her friend for just that! 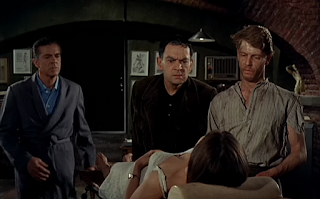 The result: she's now a 'brain that wouldn't die' being wired up to control dead limbs.  Ouch. 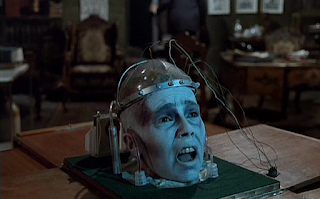 Another Scientist- a good, hunky one- shows up and ends up working reluctantly with the Nazis.  He is somehow not a bad guy, since he...doesn't follow through with it. 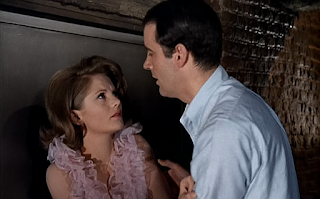 In the End, our Heroine learns the truth, but is saved by her friend making the zombie arms choke the Nazis.  How often do you read THAT sentence?

In a dark final shot, the forcibly-alive head begs to be buried.  Ouch.  The End. 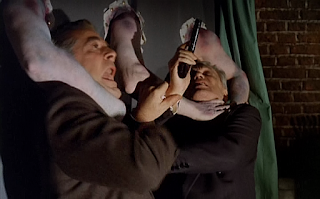 Banal stuff, especially considering the topic.  The whole thing is an odd example of choosing what to focus on in a Story.  The Story involves secret Nazis trying to revive freeze-dried Soldiers...but it focuses on them covering up the murder of the Niece's friend.  They spend ALOT of time showing just how they do it and how they have to keep it up.  The Film is still good- the focus is just all wrong.  You have Frozen Nazis that are practically Zombies, but let's focus on this!  I guess it is better than some Films like this where they just gloss over something like that.  Is too much focus on something as bad as not enough focus on it?  With that out of the way, I will say that the Film actually has some good Acting, good Writing and some genuinely-freaky effects.  The frozen bodies look neat and real enough for the Film.  The parts with the head are especially effective.  They are genuinely-disturbing at times!  The final Shot of the Film with the head begging to be buried is quite sad.  In summary, good ideas, great concept...but kind of an odd focus on one aspect over another.  While this is probably too dark to play on Svengoolie, it does remind me of the Inner Sanctum Mysteries guy a bit with its disembodied head... 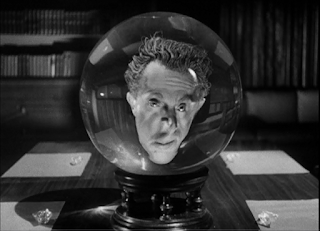 An odd mix of Mystery and Horror, with one overtaking the other.  The focus on the cover-up is kind of an odd one, but the Film still works.
Posted by Alec Pridgen at 12:00 PM