Lost in Translation: A Clockwork Orange

A month of Kubrick films being butchered by foreign poster makers- fun.  First up, the most iconic film he made, save for perhaps 2001- A Clockwork Orange... 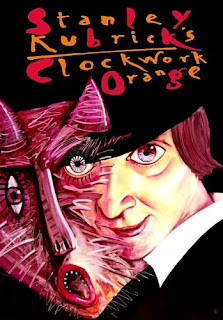 Next up, Kubrick's classic gets butchered yet again.  Keep spinning in that grave, Stanley.  Stay tuned...
Posted by Alec Pridgen at 11:41 AM