In Outlander, A giant monster is attacking the village, but the tide is turning against it.  After all, it began the fight by being trapped and set on fire.  One of the men (Ron Perlman) swings his Axe at it, but misses. 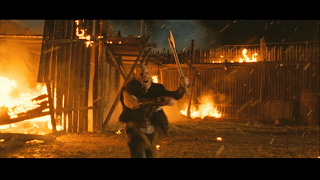 The creature continues to flee past him... 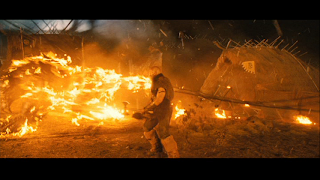 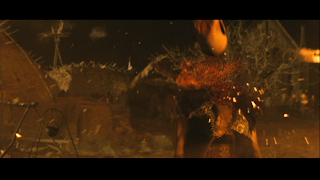 That sure was random, since he was a major character and the second-most recognizable star of the film.  That's pretty damn undignified too!

War never changes, huh?  Maybe next time you try something new- ducking!
Posted by Alec Pridgen at 10:35 AM