VHS for the Win: Lake of Dracula

After watching the Film recently, I might as well see how the Film was sold on VHS.

Speaking of tracking, here's the (touched up) Box Art... 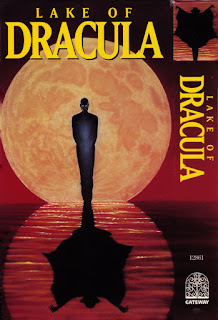 Wouldn't you as, let's say, a Teenager in the '80s immediately pick this up?  You know you would.

Speaking of that though, notice what's missing?

No evidence of this being Foreign.  You have to really dig into the details to see that the Film is Japanese... 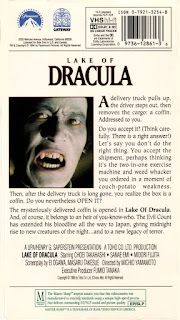 Email ThisBlogThis!Share to TwitterShare to FacebookShare to Pinterest
Labels: Dracula, Japan, vampires, vhs for the win