Another induction and this one is NOT PETA approved.

When Loomis and the Sheriff find where Michael was hiding (at his old house), they find out that he killed a local dog and ate some of it. 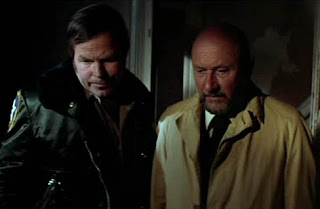 The Film doesn't actually show you the gore, so that's not enough for a Post.  Thankfully for me, it is not the only dog.

Later that night, a poor Babysitter has to watch a girl and her dog. 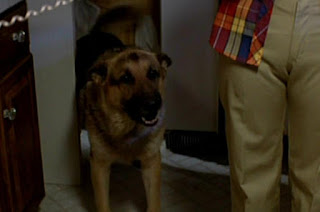 She lets the dog out when she gets tired of his barking.  Naturally, nobody listens to the dog.

...and now he's dead.  Michael apparently thought he was a bunny rabbit and hugged it too hard. 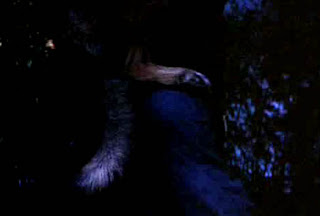 The dumb Babysitter also somehow mistakes 'Dog dying in pain' for 'Dog hooking up with a bitch.'  What a dumb, well, you know.

The lesson: don't help us dumb Humans.  We don't deserve you.

Next time, I keep on the Series, but change the Film.  More random guys to be killed!  See you then...
Posted by Alec Pridgen at 9:00 AM