King Me: Castle Rock- 'The Box'

Another week and another slow walk down the Green Mile.  Will my patience be rewarded this week?  Let's see... 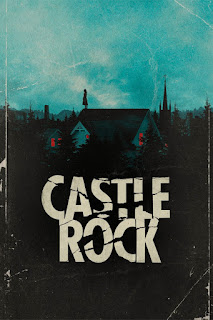 In Shawshank, the Prisoner/Kid continues to act strange.

If you were looking for more interactions between him and Deaver, skip this one. 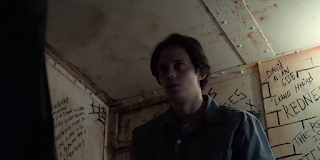 Speaking of Deaver, Henry is looking into his own past and discovers some stuff he didn't want to know...

Lest you think I am just being mean to this Show, I will credit Scott Glen for being so damn good. 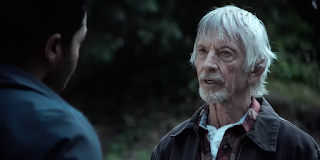 I will also point out this somewhat-subtle bit as a Scene plays on TV that relates to the Story.

It might feel forced, but they don't linger on it much. 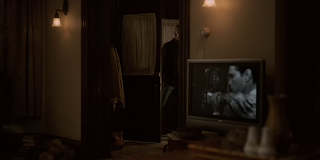 As more secrets come out, Henry makes a big decision that will affect his future. 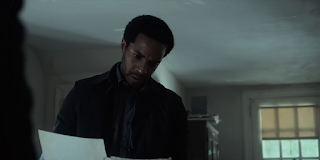 At Shawshank, we actually have something happen besides people talking about stuff.  No SPOILERS as to what though.

To find out, watch the Episode. 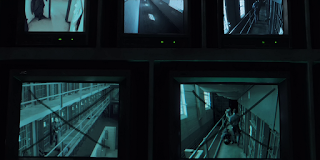 A bit of nothing Episode- again.  This time, it is all about atmosphere and revealing slightly-more about stuff we already kind of knew.  We knew that people think that Henry killed his 'Father.'  Now we know more people that think that and how it informed their actions.  We knew that the Prisoner has some sort of odd effect on people around him.  Now we see it more.  We knew that the Guard has issues with Shawshank.  We see that he STILL has problems with it, but that, at least, comes to a head.  So much of this Episode continues to be slow walking, slow looking and pensive looking around while thinking.  I guess we're not past that.  There's still nothing *bad* about the actual Show.  I like the ideas here and want to see them go somewhere.  If I hated the Show, I would just stop watching and not give a crap.  I don't...and I do.  You know what I mean, right?  As a fun little aside, I watched Creepshow and saw this little Easter Egg at the end of one of the Segments.  Yes, I know this is all based on Stories that existed that long, but it is still nice to see something like this all the way back in 1982... 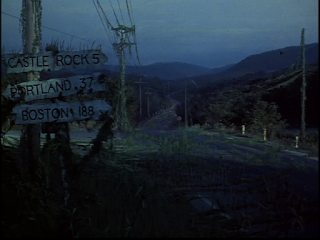 Next time, we reach the halfway point of the Series (so far).  Will I ever get what I'm asking for?  See you then...
Posted by Alec Pridgen at 3:04 PM