After being gone for 10 years (and briefly being a Film-within-a-Film), Michael Meyers returned!

In any event, he returns home, but he needs his jump suit back.  That leads into the appearance of this Mechanic... 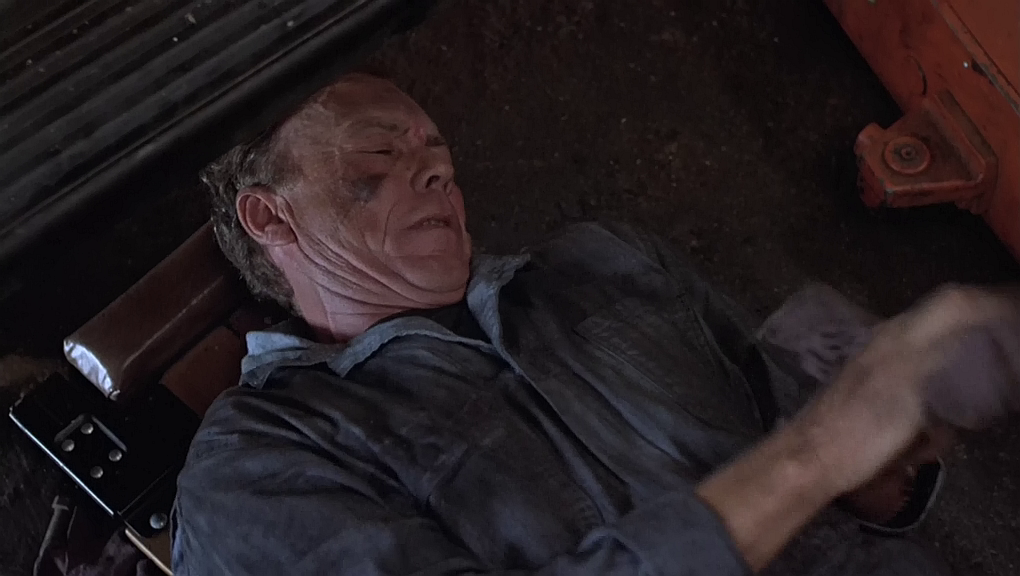 Enter Meyers.  That or Darkman. 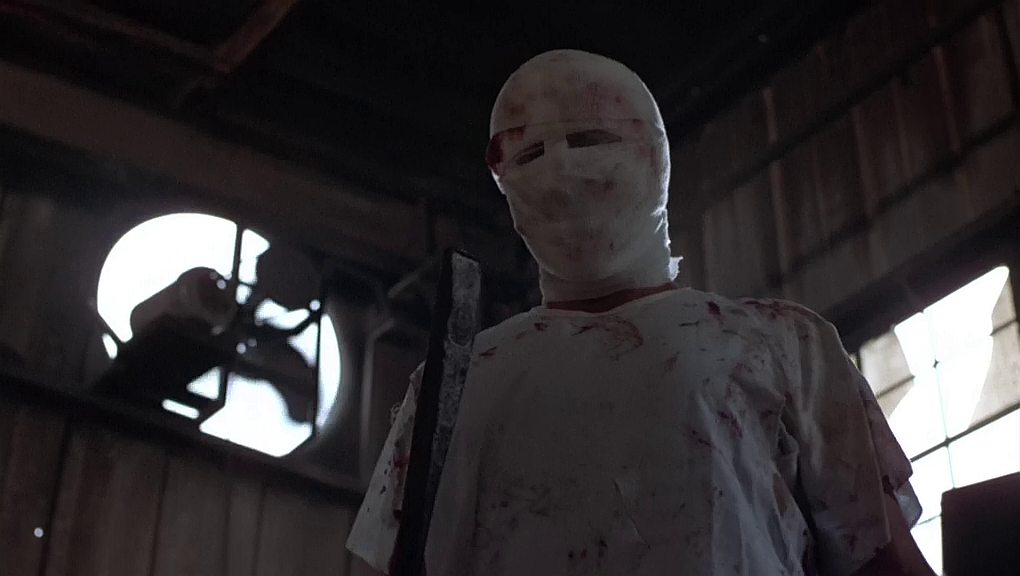 Just like last time, Loomis arrives at this exact point where Michael and his victim are. 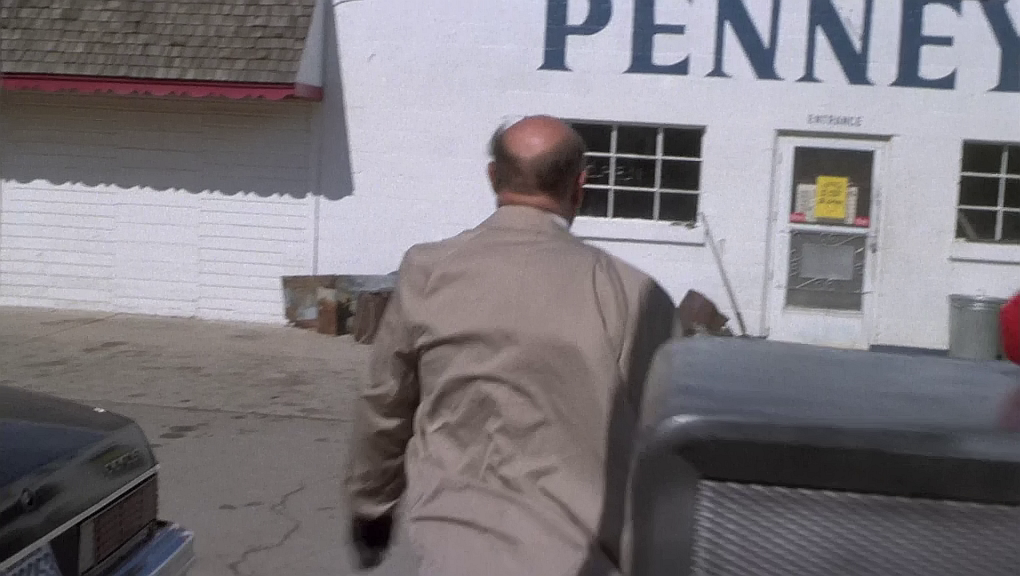 In Slasher Film tradition, the body falls right into shot, revealing that Meyers killed him for his clothes. 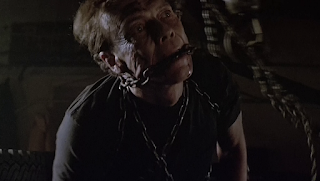 So yeah, another man killed for a blue jumpsuit.  It's a shame that Michael can't just go to Goodwill like the rest of us.

The moral: don't wear a jumpsuit.  You'll either be killed by Michael Meyers or stuck watching bad Movies on a Satellite.

Next time, another random guy from this same Film.  Slasher Films are a goldmine sometimes.  See you then...
Posted by Alec Pridgen at 9:00 AM