We can't get a Theatrical Constantine Film, so make due with this.  It sure is dark and bloody... 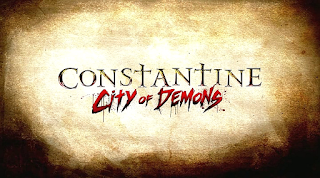 In London, Constantine is making a living and dealing with freaky magic. 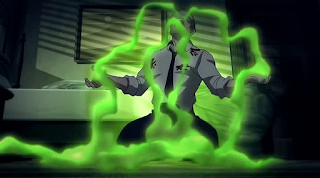 A face from his past reappears when their Daughter is in trouble.  He's the only one who can help, even if the Mother doesn't like him. 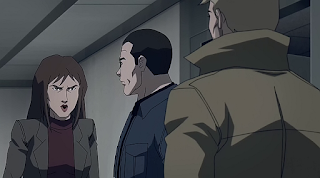 The duo must head to Los Angeles as this feels like a Buddy Cop Film.

It won't for long. 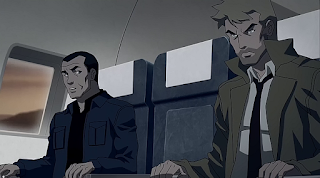 It all turns out to be the machination of a Demon connected to his past (naturally) and he must battle more Demons to save the girl's soul. 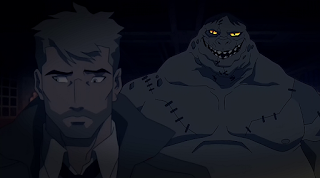 He's aided by this mysterious and magical woman- no SPOILERS- in his quest and, well, there are some fringe benefits. 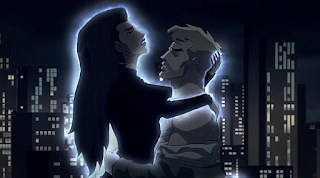 To deal with the Demons, Constantine must deal with some equally-dark creatures.

Can he save the day with his soul (what there is) intact?  To find out, watch the Film. 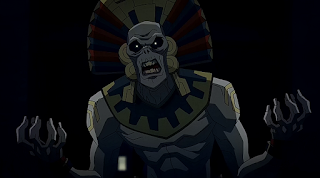 Bloody good (and just plain bloody) Film.  It's nice to see Constantine around, given how start-stop his appearances are.  His own Show- great.  Random CW appearances- alright.  Anything consistent?  Nope.  Oh well, at least this delivers.  While Animation is by no means cheap, there's no way that they could do this one (well) in Live-Action.  The Monsters alone would make this a $200 million Film- something even WB wouldn't shell out in this market.  It would also be hard to get this one even to an R- something I'm not sure that they even really did by Animation Standards.  There's lots of death, blood and freaky stuff around.  The Demons kill and torture humans on a whim.  They do it creatively, managing to somehow work in references to Flapper Girls and 2001: A Space Odyssey in the process.  Yes, I did just write that sentence.  The Plot has plenty of nice twists and turns, even if some may not really surprise you.  Constantine is nicely-fleshed out here, being weak and strong at all of the right times.  He can manage to be heroic when he's weak and also make you feel pity for him while being strong.  He's not going to punch his way out of a situation- he has to think his way out of it.  Hell, he may have to do something terrible to do so.  It is hard not to be a walking Deus Ex Machina as a Magic Hero- see Doctor Strange-, but he manages to do it for me.  Don't confuse this with something for kids, despite it being Animation.  This is great Horror for Adults and kids ready to be scarred for life.  Yes, a Film for the CW Seed is great Horror.  See- even Constantine doesn't believe it! 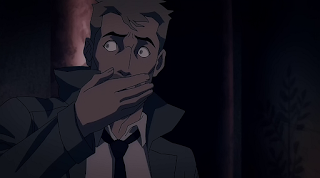 A very bloody and creative Film.  There are enough twists to keep things interesting & it doesn't shy away from the gruesomeness of the Plot.
Posted by Alec Pridgen at 9:30 AM