Project Terrible: Mac and Me

The Round where nobody wins but the reader is back again.  It's Terrible time... 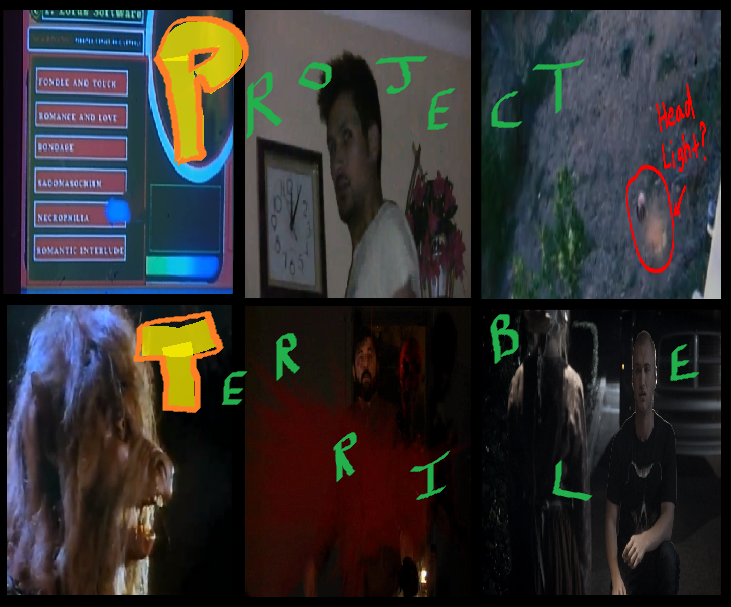 Well, it's about time that I get to this one.  Today's film is Mac and Me, the Film selected for me by Michele (who loves Horror).  Since I watch anything and everything, she gave me this oft-mocked 80s anti-classic.  The Film is basically E.T., but made by a less-talented Director, with a lower-budget (or so it seems), with a less-talented Writer (who is also the Director) and just generally-sillier.  If you don't know Mac and Me, then you have never seen Paul Rudd appear on Conan O'Brien's many shows.  He loves that one clip, apparently.  The Film is about a young Alien or Mysterious Alien Creature (get it?!?) who ends up with a kid and his family, since...Spielberg.  He is pursued by the Government (kind of), while his family seeks him on Earth.  In essence, it is E.T. and Nukie, a different rip-off of the former Movie.  Don't you remember Seinfeld- you don't double-dip!  So, the question is this: is this movie Terrible?  While there is obviously no question that it is bad, we have to see if it truly, truly bad.  To find out, read on... 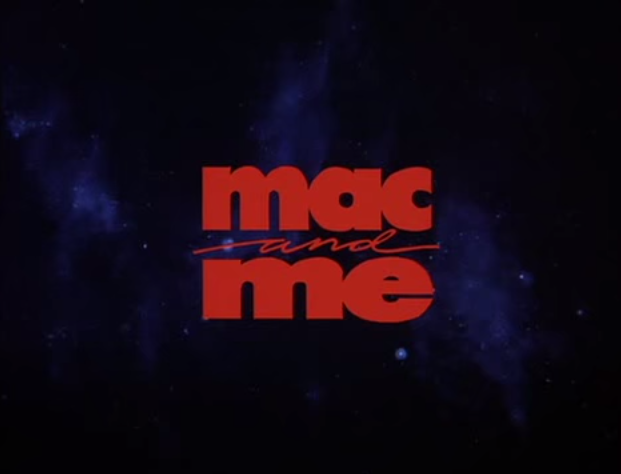 On some unnamed Planet (I'm too bored to check), these freaky things are living in...peace, I guess.  There seems to literally just be the four of them.

Are they the last of their kind or some sort of criminals banned from their society?  Who knows? 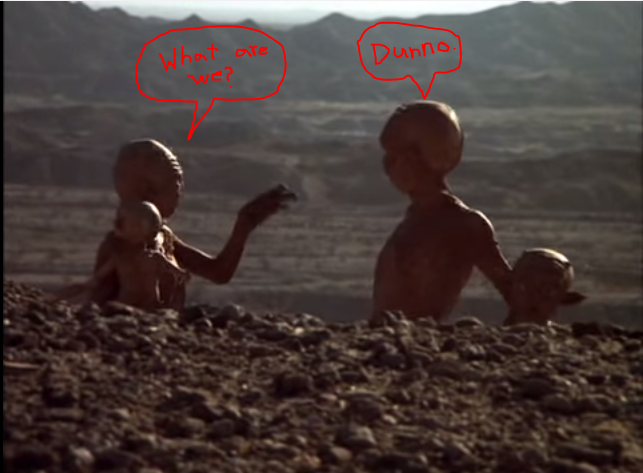 Anyhow, a probe from Earth arrives and...sucks them up in a vacuum.  I have several questions...or I would if I gave a shit.  Physics! 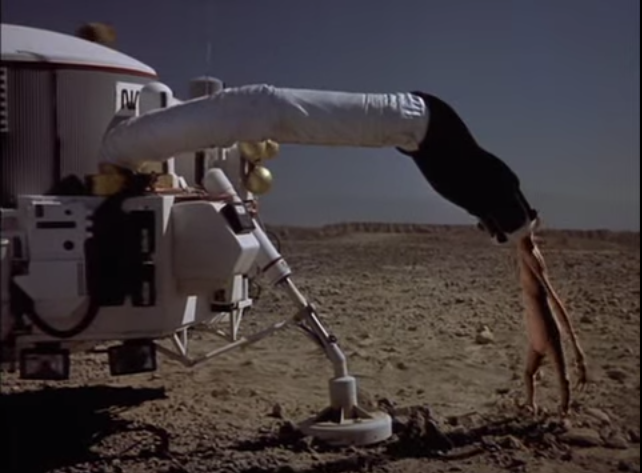 They get shipped to Earth and then escape.  However, the little one gets separated and ends up hiding in a car. 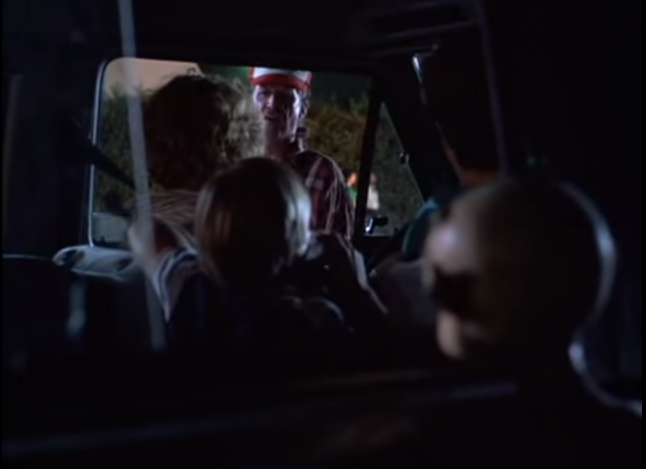 Said car belongs to Eric and his family.  They are from Illinois- they wear Jerseys to help identify this at all times- and don't fit in around this 'wacky' California.  That's the extent of the drama until the MAC starts doing stuff.

When in doubt, only think of one thing for a Script at a time.  It's easier that way. 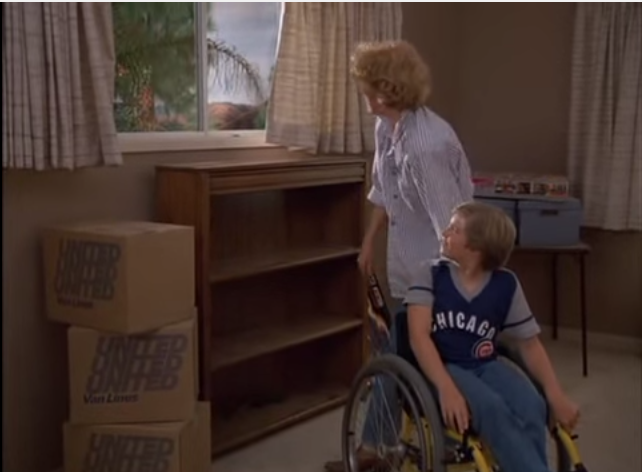 MAC starts making havoc, but then makes up for it later by cleaning up the place.  In a moment that is supposed to be cute, but is actually weird, MAC leaves flowers everywhere, including on Eric's pillow.

I'm surely reading more into this than is meant, but leaving a flower on a kid's pillow- creepy! 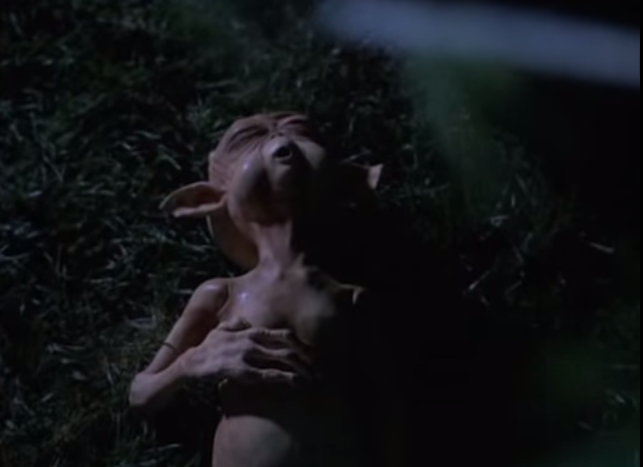 You know what is also 'good, family fun?'  Why it is putting kids in mortal danger, naturally!

Seriously, there's a scene where they suck MAC in a vacuum (is that his Kryptonite?), only for his alien powers to cause it to drive all around the room- even across the ceiling.  Family fun! 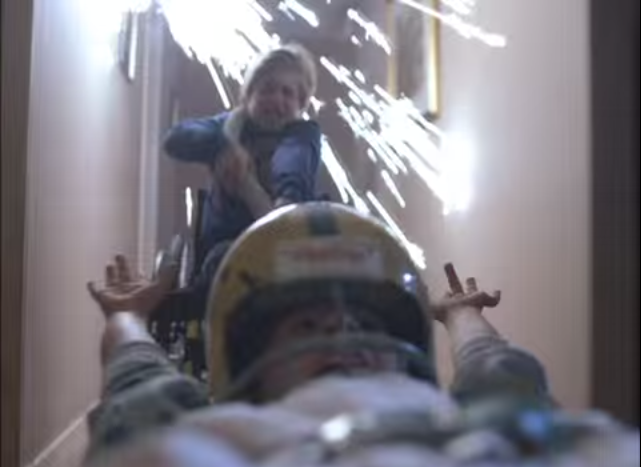 I can't review Mac and Me without mentioning the pointless dance number at a McDonalds.  It is goofy and shameless.

Here's something that you may not know however: it is not a real McDonalds.  It was apparently a fake Restaurant built to both train new Employees and shoot Commercials.

Sorry to all of you who wanted to eat at the McDonalds from Mac and me- it was fake and no is no longer there.  Right, creepy Ronald? 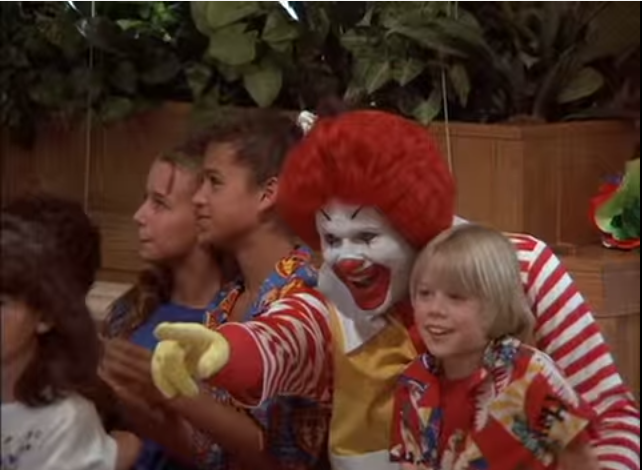 Skipping ahead, the gang finds the rest of the family- joy.  I really missed their giant, creepy bodies. 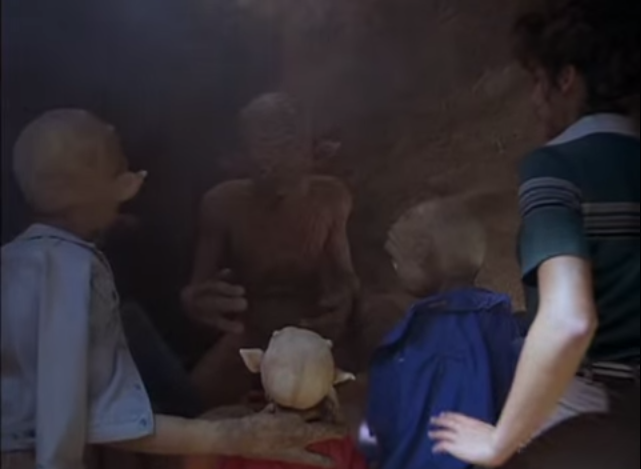 Skipping further ahead, they accidentally cause a shoot-out (don't ask), which leads to an explosion...somehow and Eric dies.  Since we're ripping off E.T., they save him. 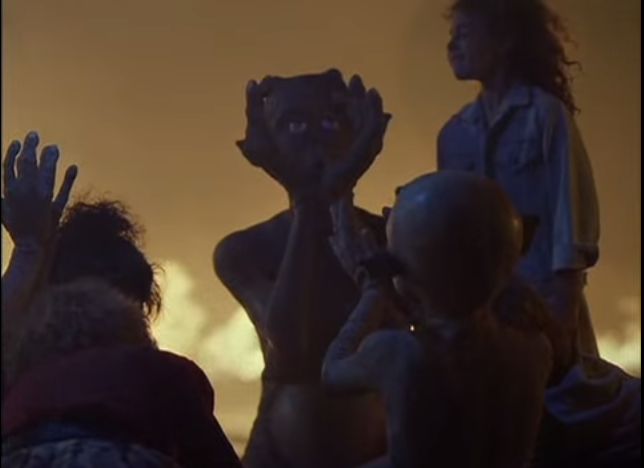 In a bit that must irk Republicans nowadays, the Aliens are granted INSTANT CITIZENSHIP and stay on Earth to take jobs from Earthlings.  Ironically, this Film came out the year AFTER John McCain got elected to the Senate. 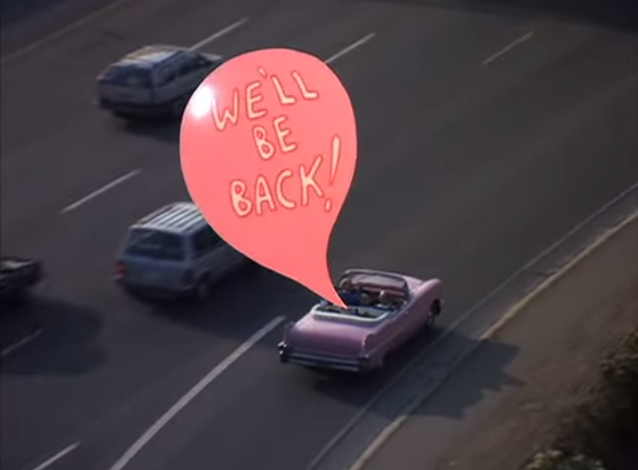 Yeah, it's as bad as everyone says.  I will give it points for commitment.  Mind you, it is commitment to ripping off parts of E.T. and Nukie to make...this thing.  Never mind the fact that it is a bit late to the party.  E.T. came out about six years earlier!  I can only suppose that big sales on VHS in the ensuing years is the reason for this thing.  As a fun side-note, this film was so bad that Ronald McDonald himself was nominated for a Razzie for Best New Star!  I guess the folks behind those awards didn't want to mock the actually-paralyzed kid who plays Eric so overtly.  They had no problem with the Director- who also made Croc, Passenger 57, The Ice Pirates and Mannequin Two: On The Move- who actually 'Won' for Worst Director!  The film is ultimately-harmless though- save for that bit with the flower and the scene of Eric crashing off of a cliff, that is- and just a bad product of its time.  Is it bad?  No doubt.  Is it Terrible?  Nah.  If nothing else, it has given us a running gag for Paul Rudd and a great look at how commercial the 1980s could get.  Speaking of commercial, its Distributor is one of the film's casualties (going out of business in 1998)... 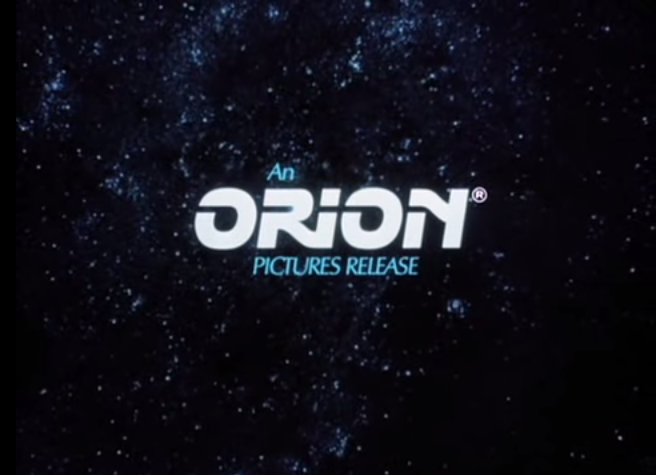