Yeah, this is honestly my first time seeing this.  There are some Movies that you just have to see.  There are other Films, however, that it seems like everyone has seen and you can seemingly-know all about it just by reputation.  You know what I'm talking about- films like The Godfather, Citizen Kane and Freddy Got Fingered.  Ha- just seeing how much you were paying attention.  Anyhow, Alien was one of those Films for me, alongside pretty much every Film in the Series (save for Resurrection- which was on Cable every other day).  Awhile back, I got a DVD Set of Alien, Invasion of the Body Snatchers (the 70s Version) and Lifeforce for only $5- what a deal!  I have had it for a while and planned to cover some of the Films in the future and then I read about the death of H.R. Giger.  That crazy and inspired man is responsible for alot of freaky visuals that inspired a generation.  Well, I kind of have to do Alien now, don't I?  Every time I do a numerical anniversary post, I do it for some sort of reason.  Either the Movie is a famous one (like Faces of Death), a bizarre event (like Dhoom and Dhoom 2) or because the Film is Actium Maximus.  In this case, it is to show that there is always something famous to revisit in my own way.  Do I need to sum up Alien for you?  It's Alien.  If you know that Film, enjoy looking at it through new eyes.  If you haven't, now is your chance.  To find out (what you may already know), read on... 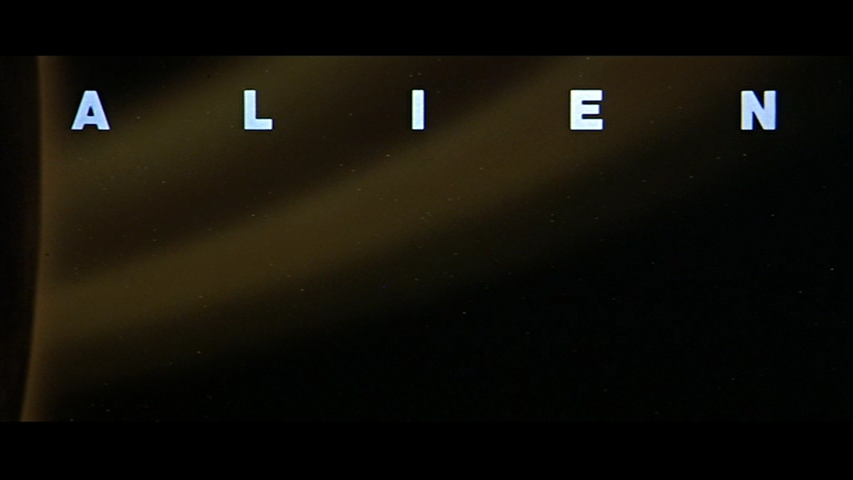 The Nostromo is a Mining Vessel making a long journey back to Earth hauling all sorts of minerals.  They are awakened, however, when another Vessel is nearby making a distress signal.

It is amazing how a simple idea like this works while a complex one doesn't.  Are you listening, Prometheus? 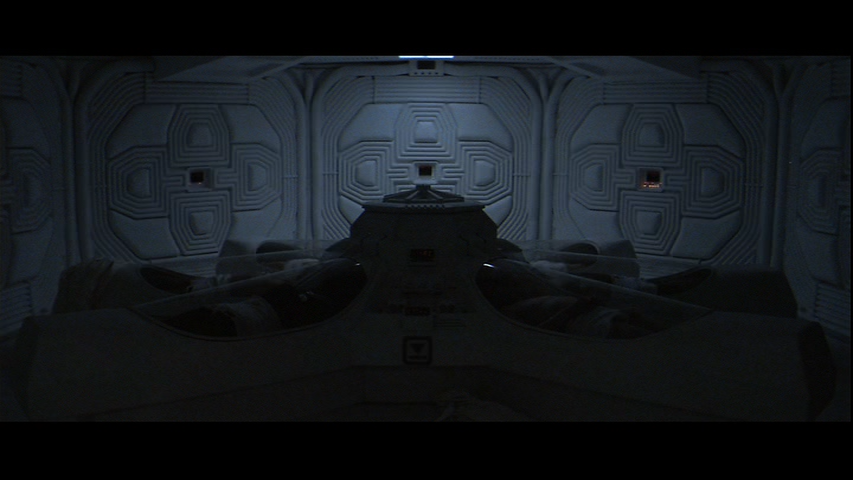 The Crew- mostly two guys, at least- bicker over money and why are stopping instead of going back home.  It doesn't work out in their favor, since 'the man' tells that they must.  To the Film's credit, this is explained well later on. They reach the nearby Planet and the marooned Ship.  They come across the Film's second-most recognized visual and wonder about it.

If you want to know a disappointing explanation for it, I suggest you watch Prometheus (but only for that reason). 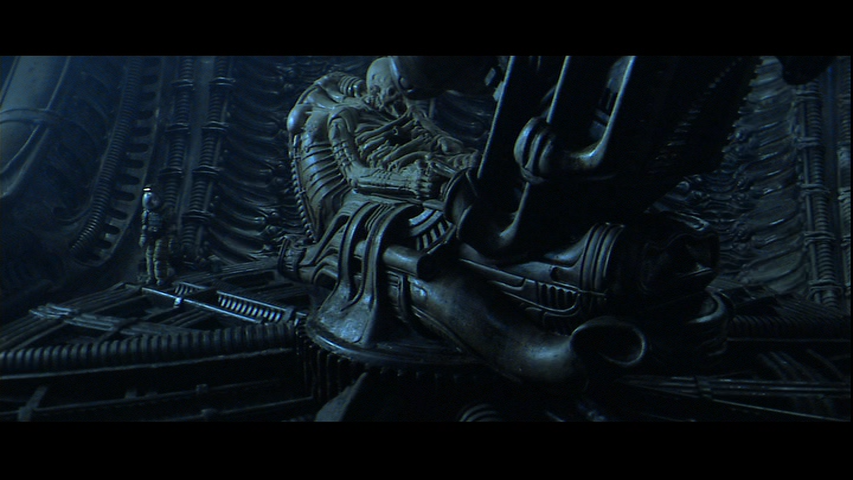 One of the Crew- a young John Hurt- gets attacked by a freaky face-hugger (although not called such here) and is put in a coma for a while.  A bit later, he wakes back up and nothing bad happens to him. 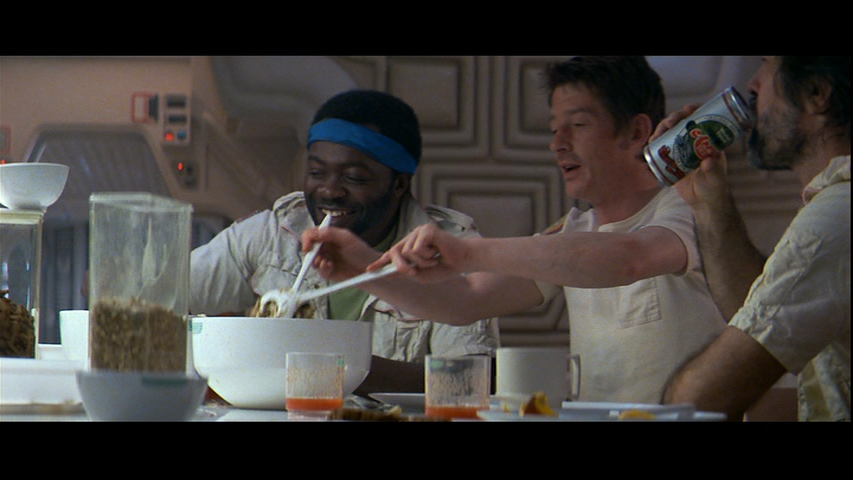 What does happen, however, is that a creature is loose on the ship and it is ug-ly!  That's a face only a Geiger could love. 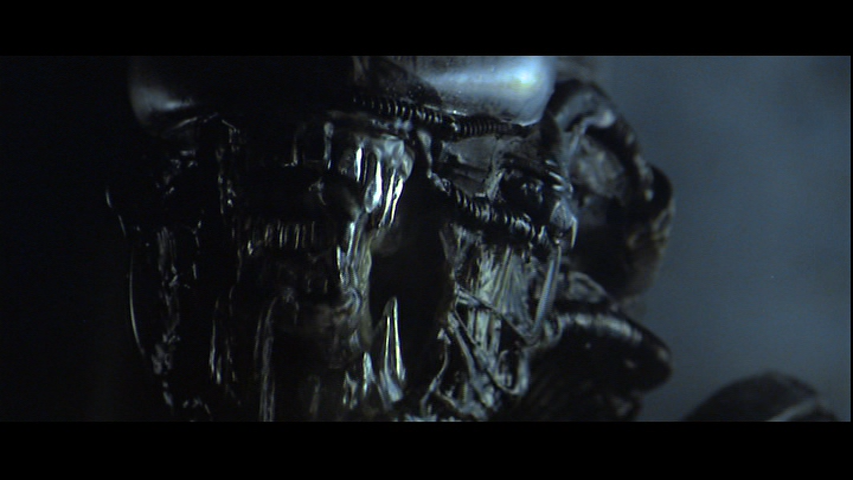 You want a testament to how well put together this Film is?  They make people standing around and staring at a blip move on the screen seem tense.  Good on you, Mr. Scott. The whole thing ends in a big, shiny explosion.  Or does it? 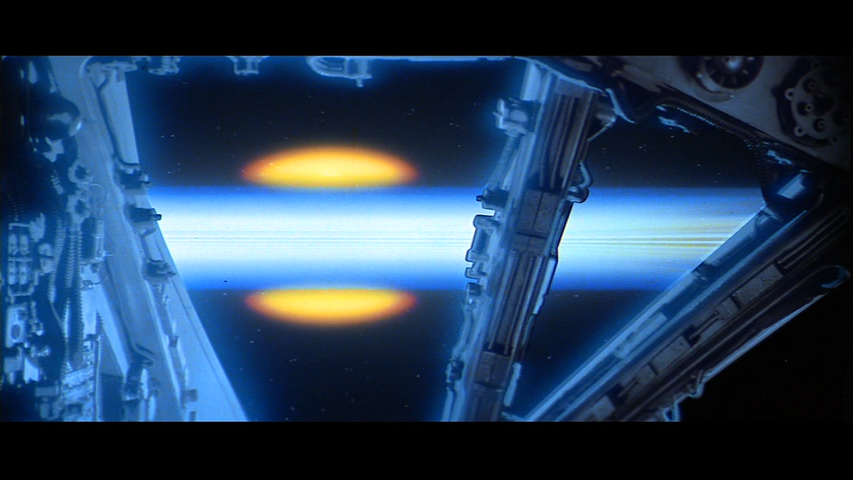 Ripley strips down to her now-famous outfit (if you can call it that) and prepares to go home, but... 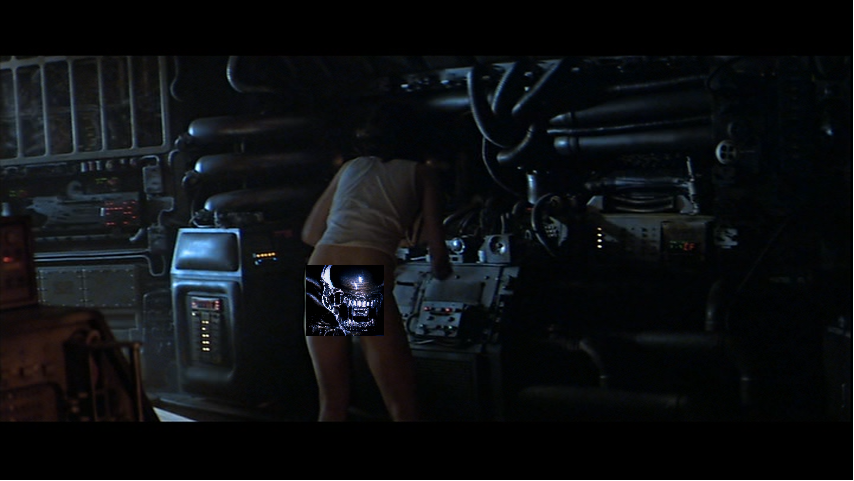 ...she discovers that the world's cutest Alien (look how it naps!) has hitched a ride.  How will she stop it?  Watch the movie (if you still haven't already).  The End. 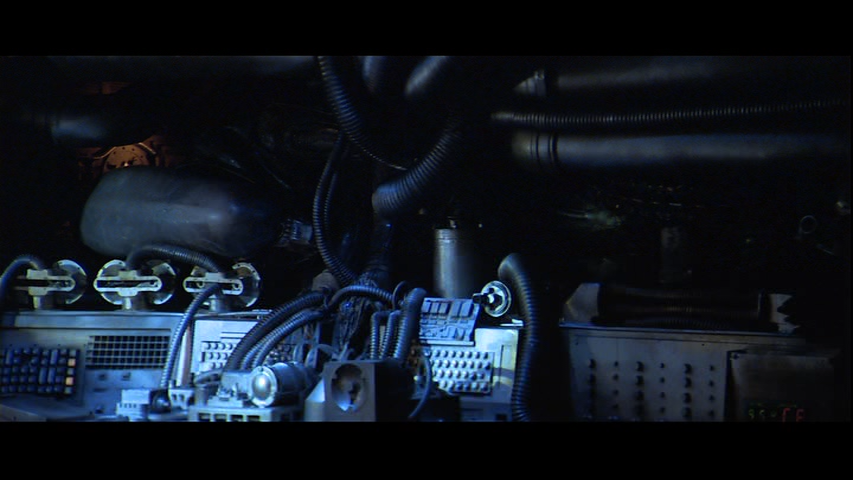 What do you want me to say?  It's good.  It's damn good.  Alien is a Film Classic and I will not dispute that status.  It is interesting to look at it as the beginning of a major Film/Comic/Video Game Franchise.  The next Film was an Action one, while the third one was a Prison Film.  The fourth- and final one- was...um...weird.  The best Story about that one is how the French Director had them built an anatomically-correct Alien-Human Hybrid and then how he recoiled in horror when he saw it.  Good times.  The whole package here is just great.  The Acting is quite natural and you feel like these people have been trapped in the void of space together for awhile.  It is a blend of contempt (since you can't get away from them) and camaraderie that is hard to get right.  The Plot is great, setting up the Characters well before slowly introducing the threat.  It is worth noting that the late Dan O'Bannon was a Writer here.  He Co-Wrote the Classic film Dark Star (an underrated Film) which featured an alien (not capitalized) creature on a ship drifting through Space.  The comparisons mostly end there, but it is interesting to see him use a Sci-Fi Comedy (albeit a dry one) to make this.  Key parts of that film- the crew's tension, the alien, etc. - are re-used here without seeming like he just did it again.  This is in contrast to, say, Rumpelstiltskin being Written by the same guy who Wrote Leprechaun!  The stand-out here is obviously the work involving the Alien (or Xenomorph) in all of its forms.  The only complaint I could make is that they don't give you a middle Chapter of its life.  It is tiny creature who hides, sheds its skin and is suddenly a 7-foot monster!  Far be it from me to fill in what the late Mr. O'Bannon would have done, but I would have liked something here.  That said, Alien is still a damn good Film- no question.  Let's leave with a nod to the now-late Maestro... 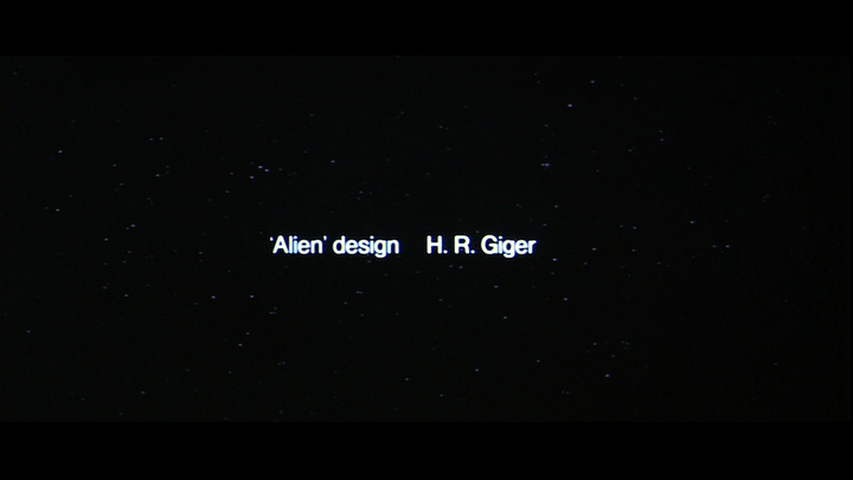 Next up, let's celebrate the release of the new Godzilla film with the second-oldest.  How is the first Sequel so obscure?  Stay tuned...
Posted by Alec Pridgen at 11:41 PM