Godzilla Comics: That Time That Godzilla Fought The Avengers!

Godzilla is going strong!  He's fought Monsters, giant Robots and Bigfoots (Bigfeet?).  After defeating Hercules (along with 4/6th of The Champions), he was on a roll.

Being stopped by The Fantastic Four (while shrunk down) was a rough blow.  Time for retribution...against The Avengers! 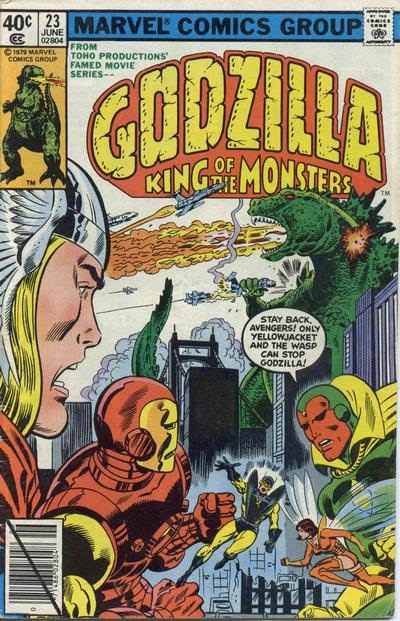 Now back to full-size, Big G is smashing up NYC.  Remember the good old days when that didn't feel awkward?  Good times.

Anyhow, this gives us the pretense for a big old SPLASH PAGE! 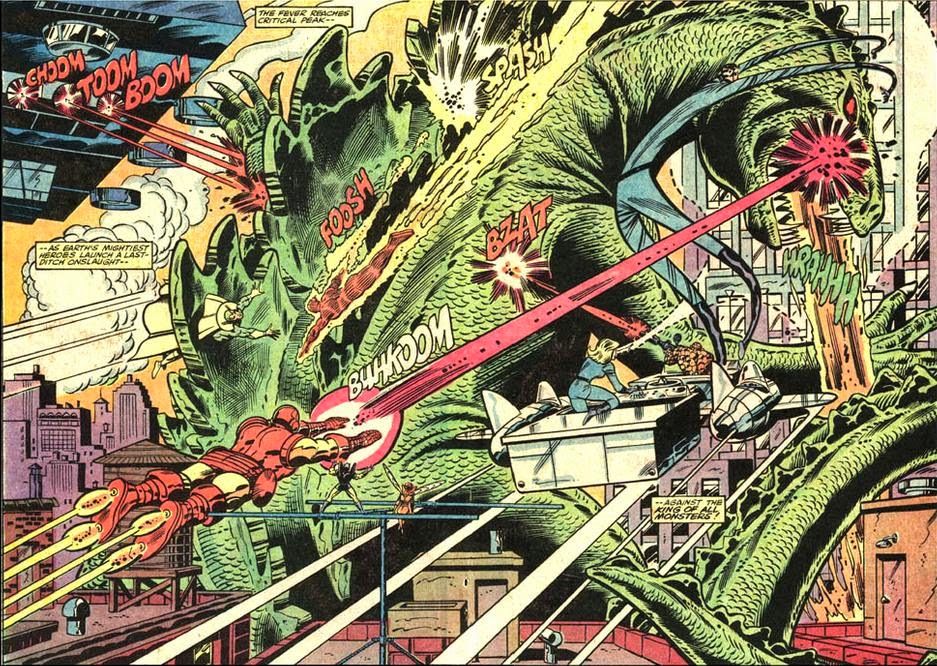 The Avengers may be the World's Greatest Heroes, but they (along with the Human Torch) do possibly the dumbest thing ever in this next page.

You fools!  You foolish fools!

The battle didn't end well for them in the End (as the series ended shortly thereafter).  However, the fight would continue, albeit unofficially, in Mighty Avengers #1... 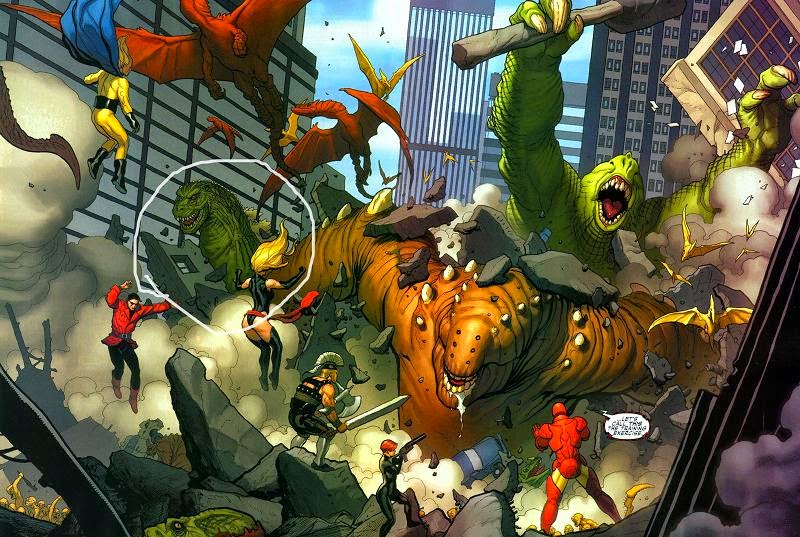 Next up, let's take a closer look at Godzilla's battle specifically with The God of Thunder himself.  Hammer time!  Stay tuned...
Posted by Alec Pridgen at 9:52 PM