Godzilla Comics: That Time That Godzilla Fought Thor, The God of Thunder

While Godzilla is not the tops in Theaters- damn you, Superheroes!-, I think that I can still milk this for one more Update.

Anyhow, in the battle you saw some of last time, Thor arrives to help stop the rampaging monster. 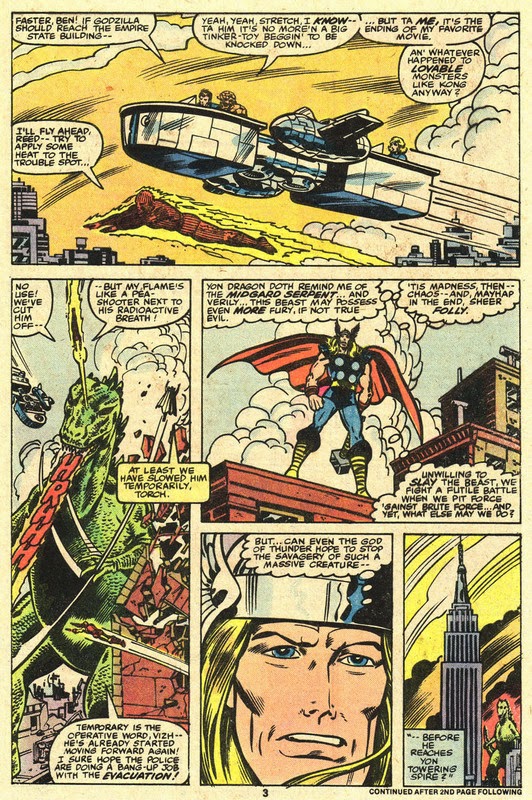 Put the hammer down, Thor! 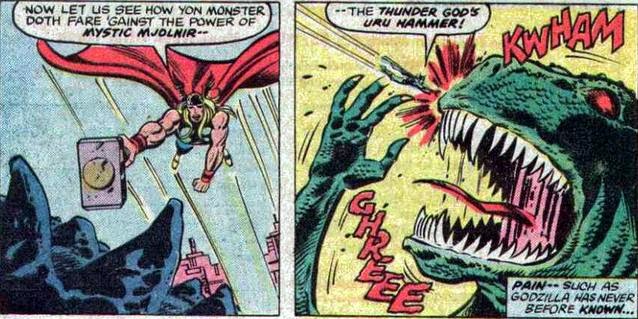 More than just fighting, however, Thor showed that he could work to protect us mere mortals.  If you don't save this building, what will Tom Hanks and Meg Ryan meet at the top of? 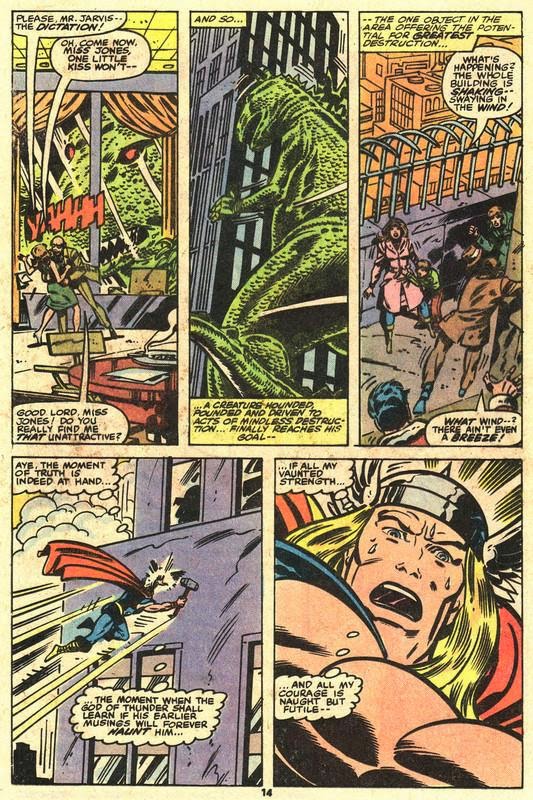 You can do it, Thor! 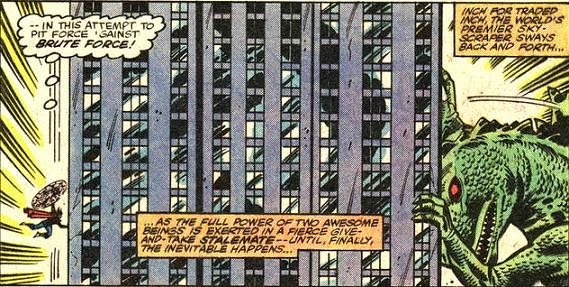 While Thor didn't ultimately win the fight (whoever really beat Godzilla in the long run?), he would show us a decade or so later that he was up to the task of fighting a giant lizard. 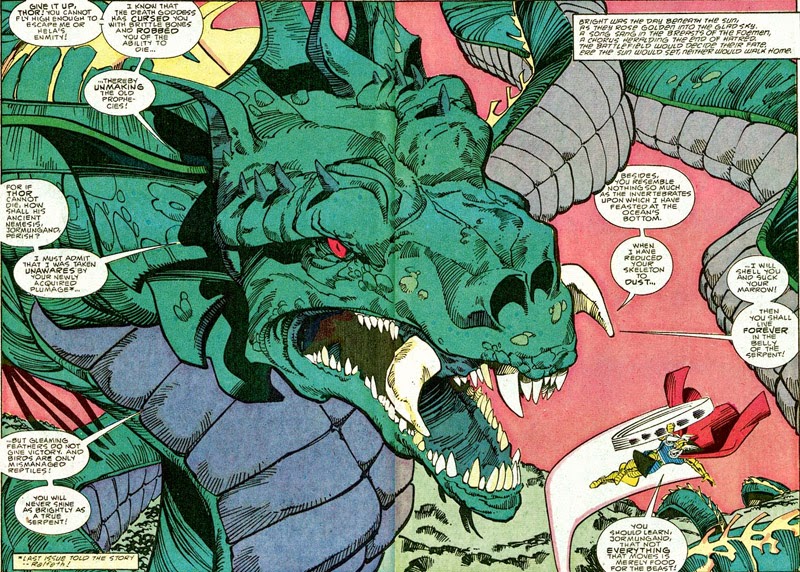 Oh and just for the record: I have not seen the new Godzilla film.  I did, however, donate to the Kickstarter to let Rifftrax do a Live Riff of the 1998 Film (now with a stretch goal to do Anaconda in October!).

You should too: https://www.kickstarter.com/projects/rifftrax/rifftrax-wants-to-riff-godzilla-live-in-theaters-n
Posted by Alec Pridgen at 3:05 PM