Historically, the second time was not the charm!  Today's film is Godzilla Raids Again, the first official Sequel to Godzilla/Gojira.  I say 'official' since almost all of the Millennium Films ignored all of the Films and basically said 'The Series continues...now.'  I don't know why.  Anyhow, this is the 2nd of 30 Godzilla Films (counting the ones that us yanks make) and also one of the least remembered.  It also turns out to be one of the most important Sequels ever- arguably the most IMHO- and...is still not remembered well.  Why is that?  Raids tells the tale of Godzilla's return...but he's not alone.  He's joined by Anguirus (one of many proper spellings), a Dinosaur that is also on a rampage.  So, have you figured out why this one is so important yet?  In Godzilla, the titular creature fights the Army and smashes up a city.  This scenario happens in Godzilla: 1985 (the only Film now without a DVD/Blu-Ray Release!) and Godzilla (1998), but that's it.  Out of 30 Films, only three feature Godzilla alone.  Even the one out now apparently has MUTOs in it, making it more akin to Godzilla 2000.  In contrast, the other 27 feature Godzilla battling (at some point) another monster, be it a good one like King Ghidorah or a less-good one like Megalon.  That all started here, folks!  To explain why it is less remembered, I should explain that famed Director Ishiro Honda is not on board.  The Film is mostly-viewed as a cash-in made quickly to take advantage of the international hit.  Does that make it less worthy?  To find out, read on... 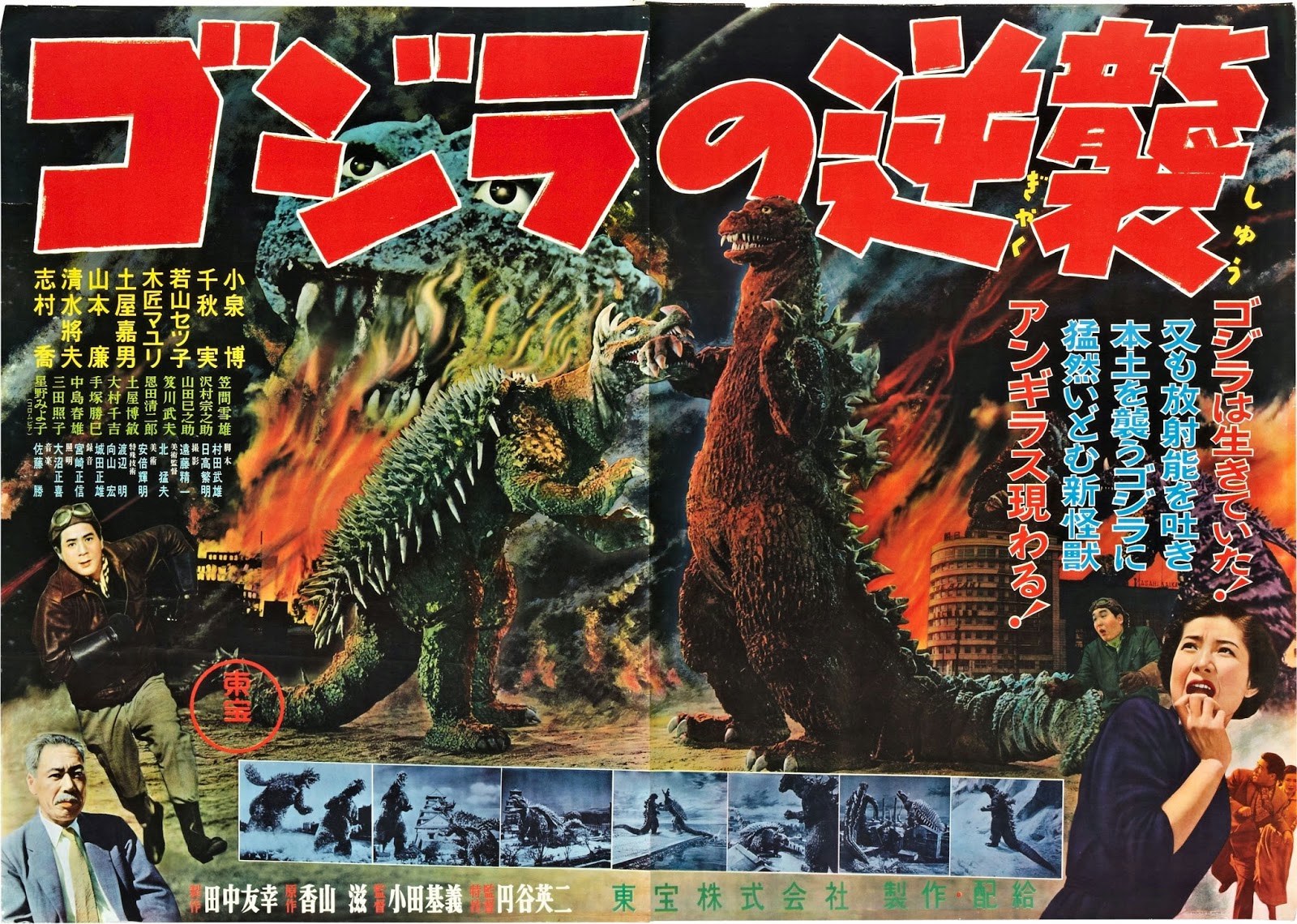 Two Pilots fly to a deserted area- after an engine problem- and run across two creatures fighting.  Wow, cutting right to the chase.

Oh and this Film is rife with 'Done in Post Production For Us Yanks' Narration.  It is annoying. 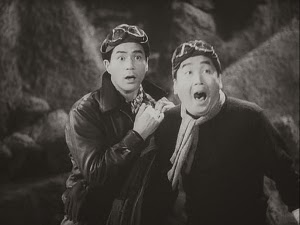 The duo escape and report what happens to...the Police?  I think that something was lost in translation. 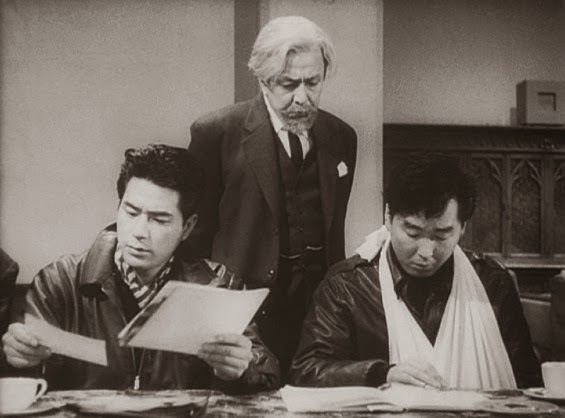 Anyhow, they discover that the creature is a dinosaur and that Godzilla is also back.  If you want an explanation, there is none.

It is important to note that this is the last time that this question could be reasonably-asked. 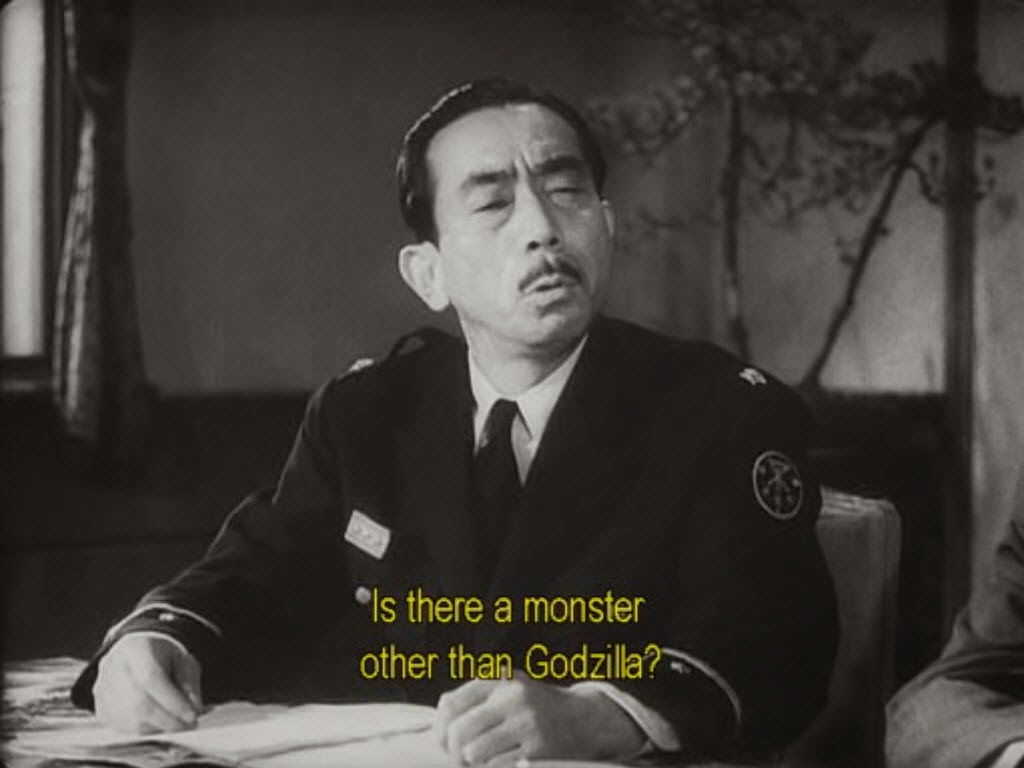 So you know the drill right?  Admittedly, it's mostly the drill BECAUSE of this Movie. 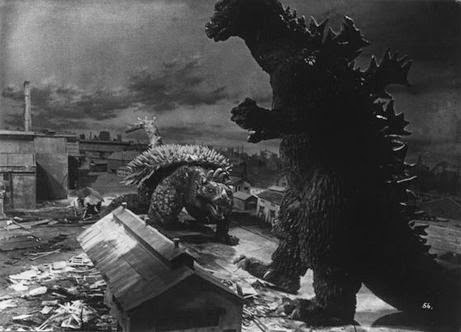 What is different is that after the maudlin Plot Threads are touched upon (it is a romance), after the fighting and after the talking heads (not the band, sadly) are done, Anguirus is actually killed.

Yeah, he dies about forty-five minutes into this seventy-five minute Film, since Godzilla is the King.  To be fair, death is better than what this picture implies is happening to the beast... With just one beast now, the battle is easier.  Not easy, mind you, but easier.

They eventually lure it back to the icy area from whence it originally came and bury it in ice (until King Kong vs. Godzilla). 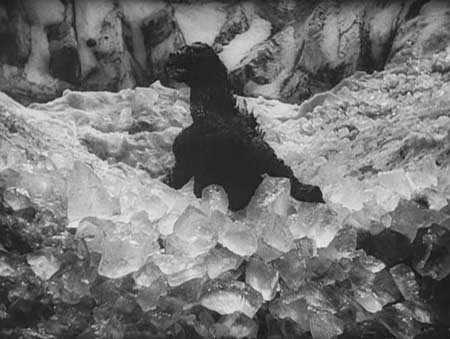 More than anything, the Film is good for setting up future Films in this series and others.  Look at the silly suits and black-and-white footage & realize that it eventually lead to awesome stuff like this.  The End. 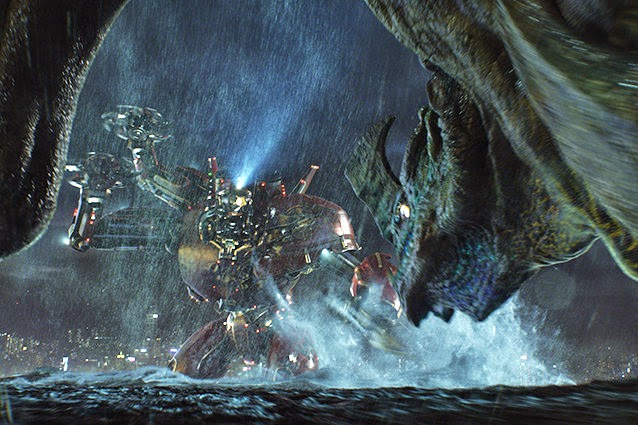 Oh oh Godzilla...is not bad.  For what its worth, the Film is decent.  The Film doesn't aspire to be all that much and achieves it.  Monsters smash city, Army fights monsters, rinse and repeat.  Is this Film a cheap cash-in?  Maybe, maybe not.  It seems clear that the a Sequel was requested by the Studio (naturally), but I don't know why Honda didn't do it.  It could be for the reasons that people think or it could be for some other reason.  Fun Fact: Peter Cushing was going to play the Joseph Cotten role in The Abominable Dr. Phibes, but dropped out.  Why?  Well, his Wife died, so, you know, busy and stuff.  Yeah, that's not a real 'fun' Fun Fact, I suppose.  My point being that we don't always know the whole Story.  The worst offense this Movie really commits is just not aiming high.  Having said that, it does introduce the idea of the second Monster in a Godzilla film, so that one thing they add is pretty huge.  Is this the worst Godzilla film?  No, of course not. That is still probably Godzilla vs. Megalon, Godzilla vs. The Sea Monster (which was apparently not even supposed be a Godzilla film at first!) or Godzilla's Revenge.  If you look at this film historically and see that is just the first of many steps in making the classic Franchise, it is a good one.  Now, are you ready for me to blow your mind?  Behold! 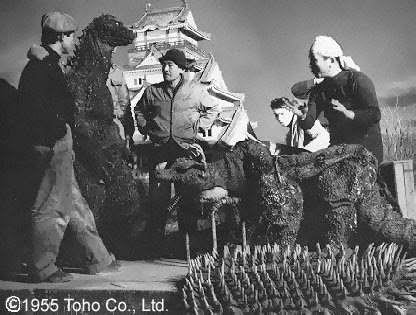 Next up, let me remind you of a weird 80s gem.  It is Clive Barker, but there are no Cenobites (or George Pavlou).  Stay tuned...
Posted by Alec Pridgen at 11:34 PM