Lock Me Up! (Holiday Edition): Mega Shark vs. Mecha Shark

I support our Troops...by watching shitty Asylum Films!  I'm a Patriot!  I certainly didn't just use this as a flimsy pretense for watching something that was already in my Queue- that's crazy talk.  Today's film is Mega Shark versus Mecha Shark, a title so silly that it doesn't use proper grammar.  Yes, it should be Mega-Shark vs Mecha-Shark- I'm just a stickler for this stuff.  Obviously that is not the biggest issue with the film, but it is the first one that got me.  The Plot involves a new Mega Shark- mostly just called Meg (are you listening, Writer of the Book 'Meg?')- showing up and threatening the World, or so we are told.  This film feels like it was written for a budget twice as big as the actual budget.  An Asylum film with a low budget- get out of here!!!  With this new threat, the U.N. borrows an idea from Toho- giant robot!  Instead of using the Robot Suits from Attack From Beneath, they make a shark robot based on the designs of T'ilk and that blond lady from Law & Order.  Can Science defeat Nature?  To find out (without SPOILERS), read on... 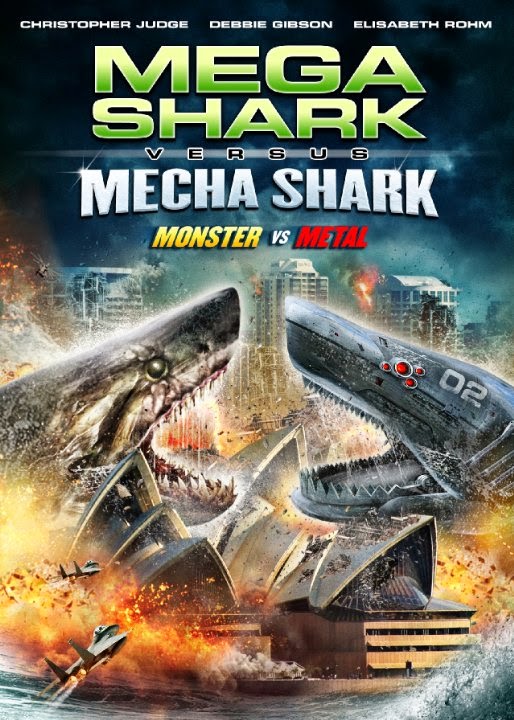 In the intro, two guys are towing a block of ice to Egypt because...drought?  Is it any wonder why we are running out of ice in the Arctic now? 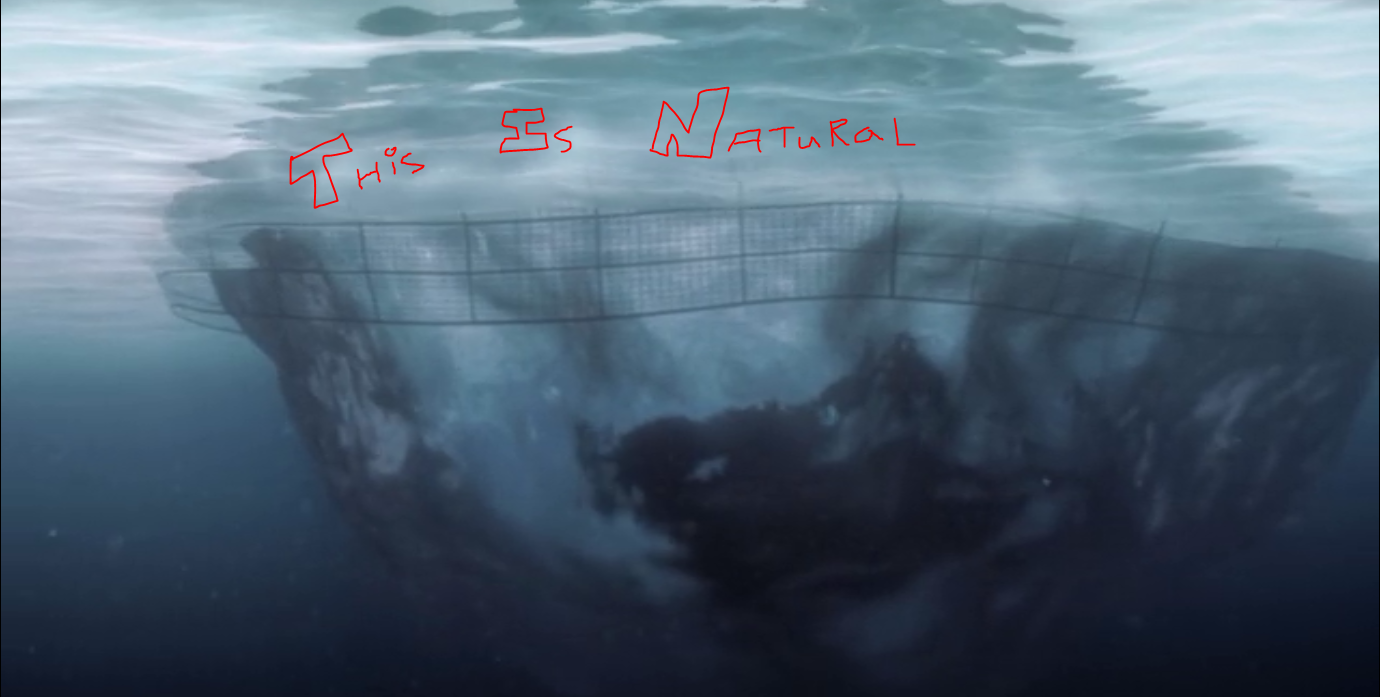 The ice cracks- since the water is way too warm- and a new Shark appears.  Despite just reappearing for the first Sequel, the old one is dead...I guess.

I won't SPOIL what happens next (too much) since it is just so silly.  This sums it up though. 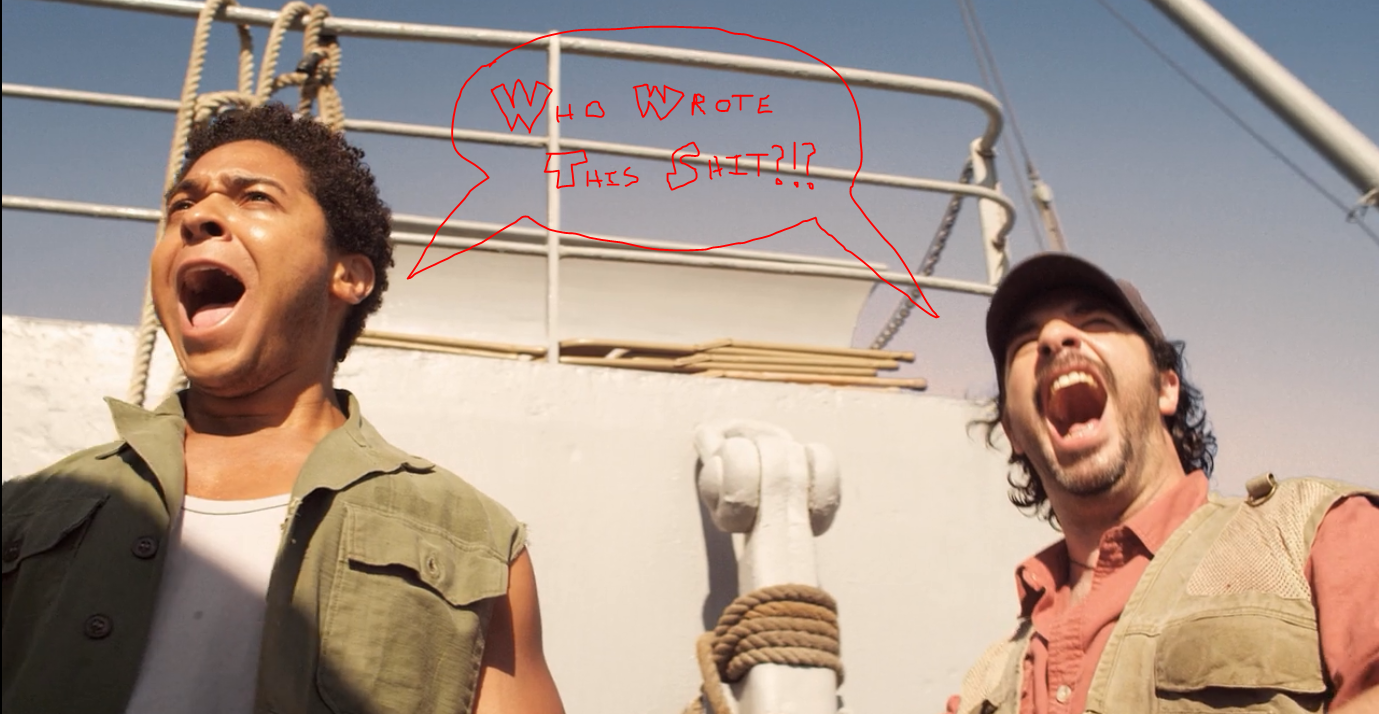 Thanks, newspaper.  I love how you explain what they couldn't show, slip in that the original Shark is dead AND somehow have multiple pictures of the new Shark underwater.

Bonus points for anyone who can spot that this fake paper is made in California and contains The Asylum's URL on it. 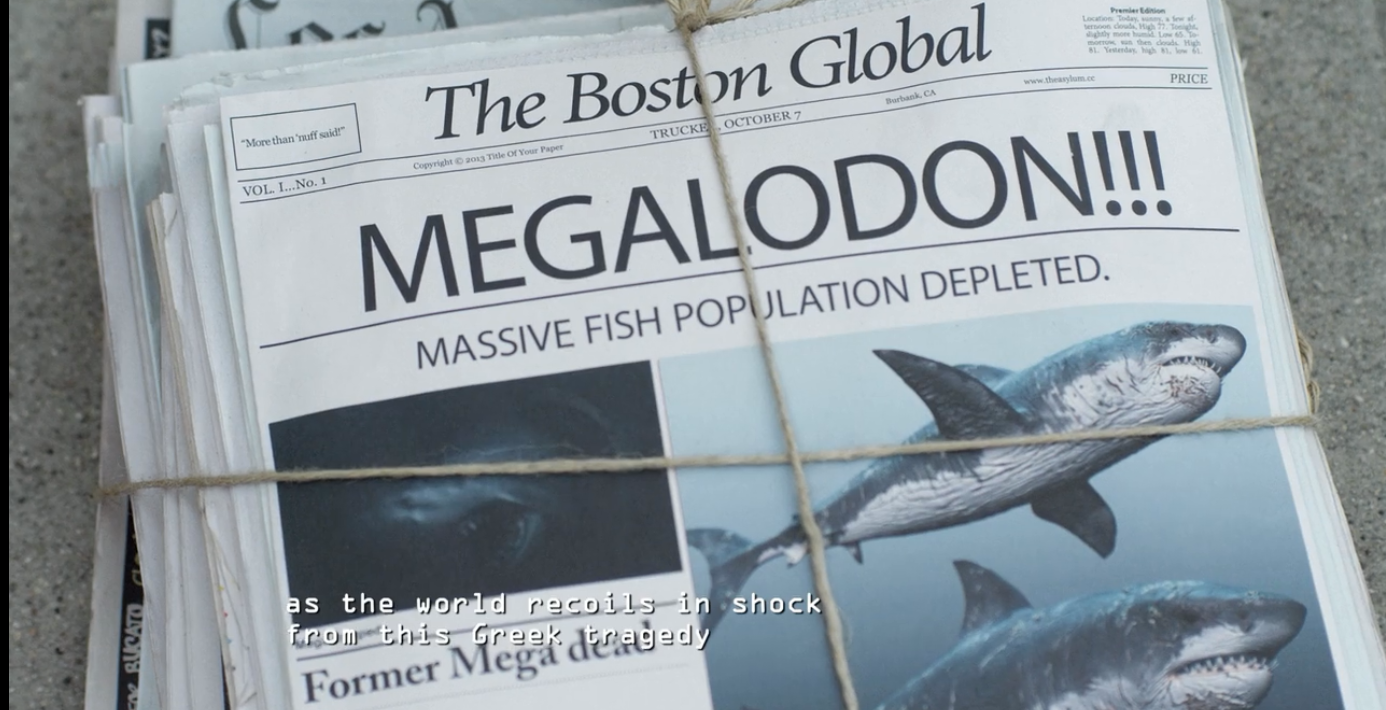 After showing Model 1 in testing with the pair, we see that the Military has already made a Model 2.  That's...sudden.

Oh and they make a point about it not having Nukes, thanks to the U.N.  Thanks alot, Superman IV!

Model is so powerful.  How powerful, you ask?  Well, it has FOUR Cooling Fans.

Seriously though, are those supposed to be something else?  Because, you know, they are cooling fans. 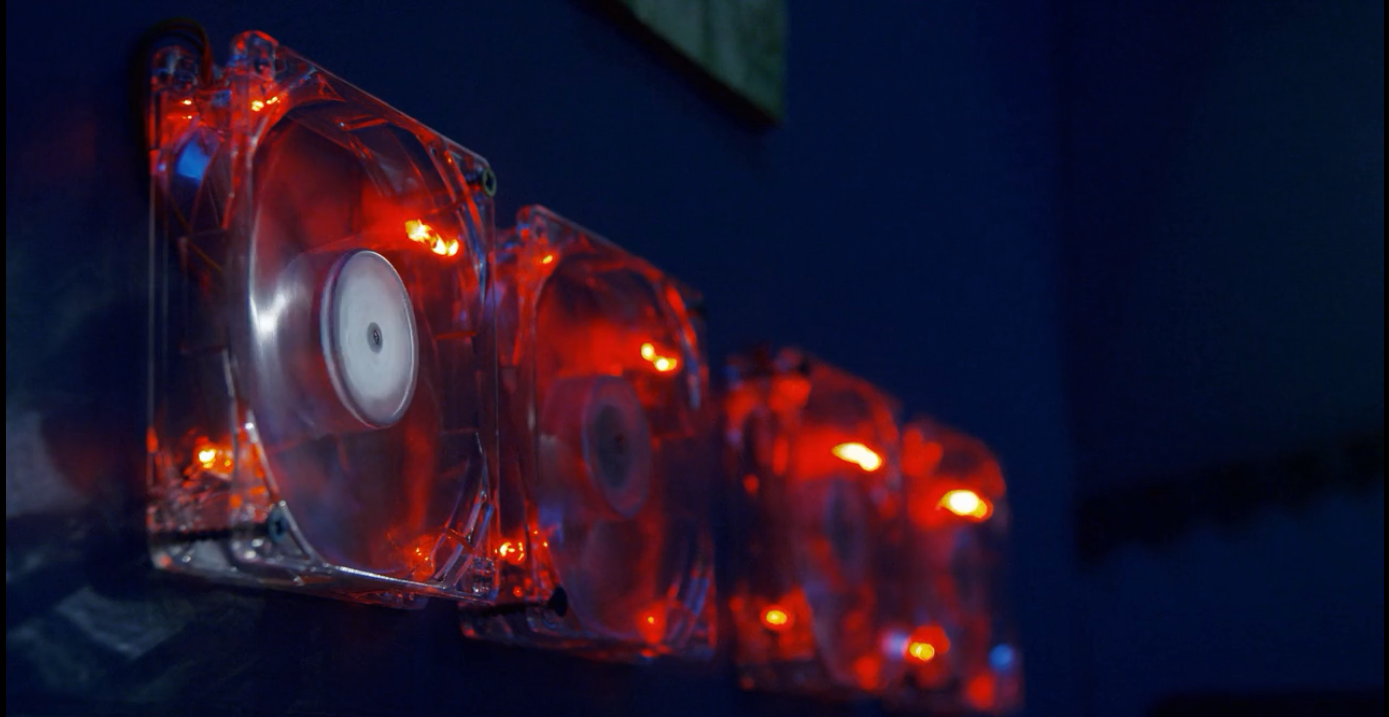 This film really struggles against what little budget it has (which appears to just be to add scars to the Mega Shark).  Case in point: the Piloting scenes.

Poor Elisabeth Rohm has to slowly lean from side-to-side to simulate the thing turning in the water.  So sad. 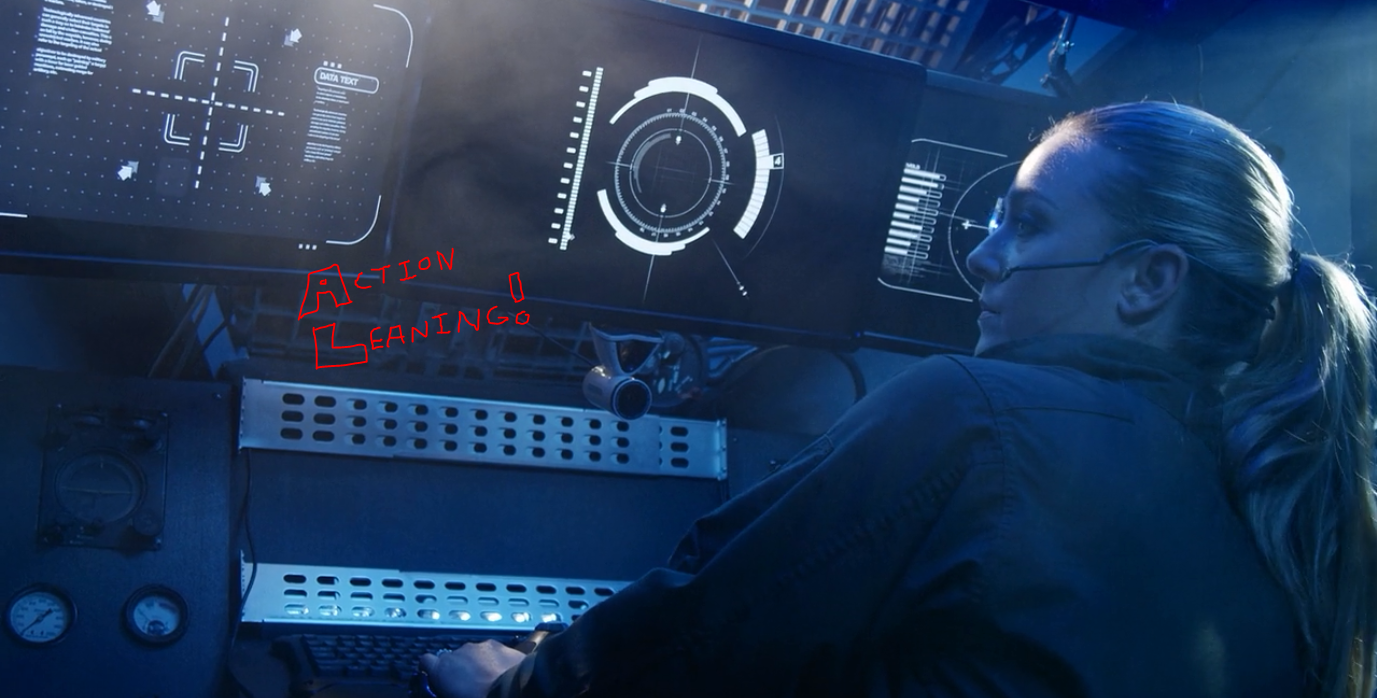 In an attempt to copy the most famous part of the Original film, we get another plane scene.  This...is just silly and I would love to see the faces on the folks at Mythbusters when they see this.

I don't say this often, but 'You are trying too hard, Asylum.' 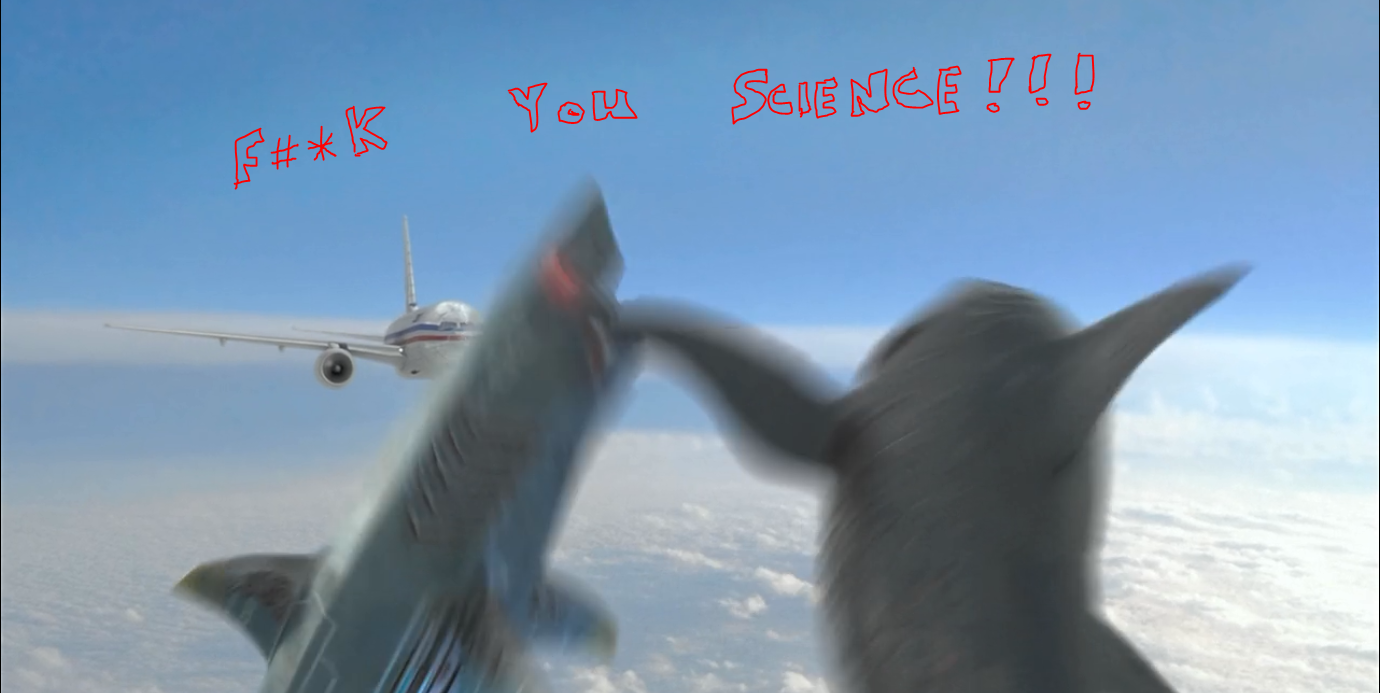 On the opposite side of the spectrum, Debbie Gibson films all of her Scenes (save one) in this lab talking 'on the phone.'  You are literally phoning this in.

I'm probably the only one curious, but is she still boning that Scientist from the original film?

I won't SPOIL the Ending for you, but I will give you this weird and out of context shot to tide you over.  The End.

This is sometimes-fun, sometimes-boring crap.  The Story has promise, but it seems to fight itself the whole time.  It stops and starts being interesting so much that I think that I have whiplash.  Silly bit with the sharks and a sub fighting- over quickly.  This is book-ended by long, tedious scenes of the couple talking.  You guys are making Exploitation, right?  This thing is so awkward when it should at least be hilarious.  It is the kind of thing that I want to watch and laugh alongside with it.  If you want a great example of what's wrong here, there is a giant exposition dump about an hour in.  While recovering from an injury, Rohm has a speedy flashback which establishes that she had a kid, the kid got sick, the kid died, she became a drunk and then she got back to work.  That happens in roughly 90 seconds.  Holy crap- what was that shit?!?!?  If you want to see a giant monster fight a giant robot version of itself, I'd recommend Godzilla vs. Mechagodzilla, Terror of Mechagodzilla, Godzilla vs Mechagodzilla II, Godzilla: Tokyo S.O.S. or even King Kong Escapes over this for the most part.  It has ridiculous moments, but they are not enough.  Even the Egyptians are over this, as shown by their non-reaction to the head of the Sphinx being knocked off... 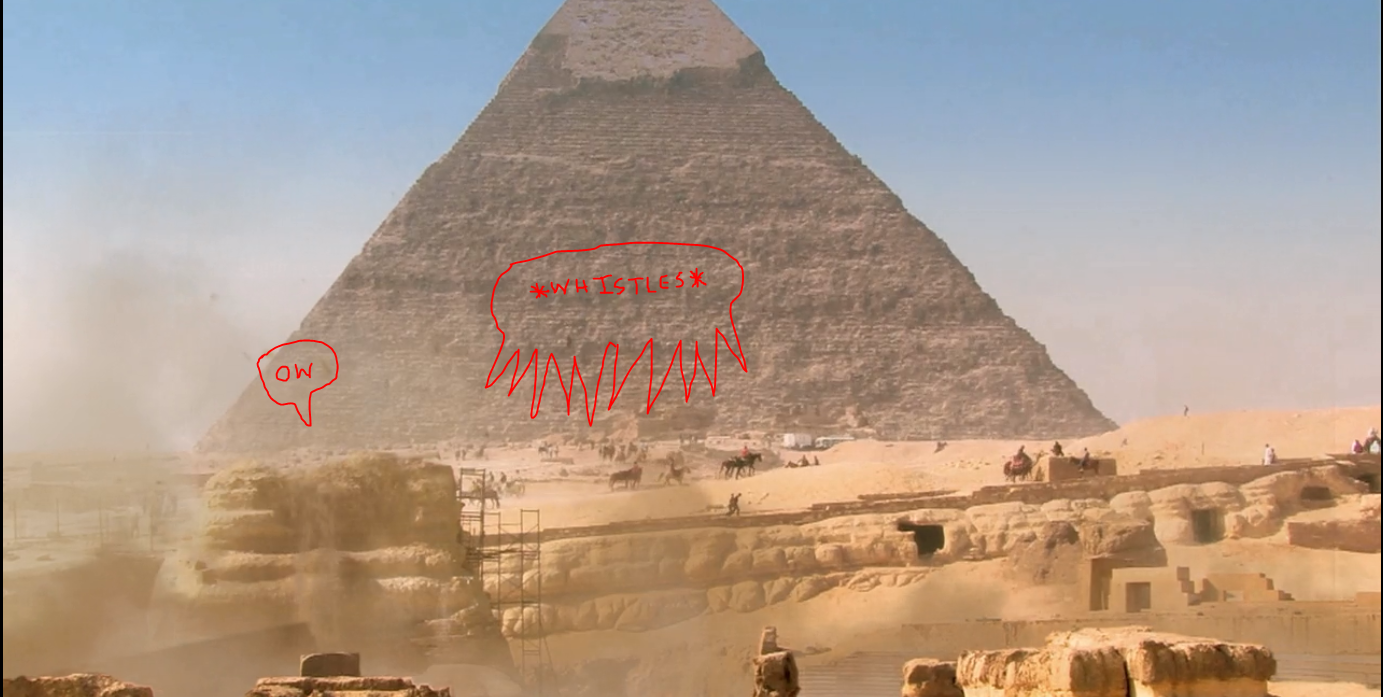 Next up, the proper update planned.  This Thai Remake has lots of kicks, punches...and more kicks.  Stay tuned...
Posted by Alec Pridgen at 12:59 PM

Email ThisBlogThis!Share to TwitterShare to FacebookShare to Pinterest
Labels: holiday, The Asylum