Before Hollywood got all about Krampus, Low-Budget Directors were on it.  Here is one such Film... 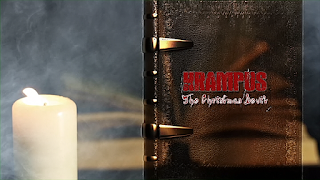 Back in 1983 (good Year), a bad child is captured by Krampus...but escapes from the bag and runs home. 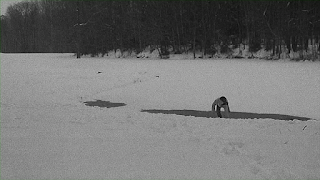 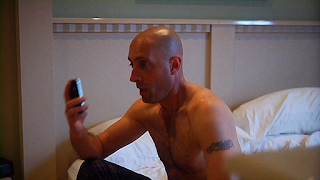 More Kids are going missing and he's on the case!  Somehow ONLY he is on this Case... 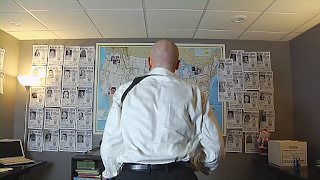 He goes looking for the creature and, unfortunately for him, it finds him! 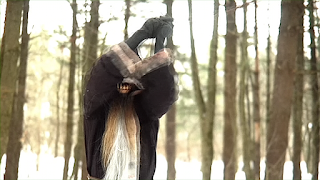 Can he live to save the day?  How long will the Film make me wait to see the main reason I rented this (see below)? 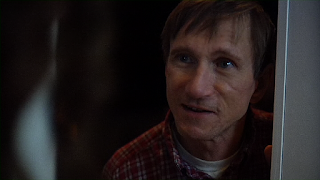 Who lives and who dies in this Christmas Tale?  To find out, watch the Film. 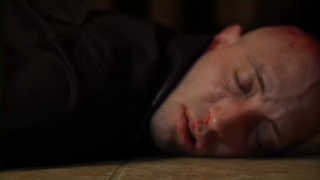 More like Coal than a real Present.  While the last Krampus Film was basically just a Werewolf Film with a Christmas coat of paint on it.  Hell, it didn't even have Snow!  Well, this one...has Snow in it.  In all seriousness, the Plot has potential.  The problem: they don't have enough to reach 90 minutes properly.  As such, they give us a Sub-Plot with an escaped Rapist who wants revenge (Oberst).  On top of that, there is ALSO a Sub-Plot involving 3 Cops who don't like our Hero and blame him for the deaths of other Cops.  Throw in pointless Scenes involving Santa and the fact that they show the Intro in parts a few times & you have a Film that is just not long enough.  They do have some good bits of tension, but they are hard to maintain with the uninspired Nu-Metal Soundtrack.  It still isn't the worst Soundtrack, of course.  All of the potential is, unfortunately, lost with the so-so Editing, Cinematography and Script.  Krampus sometimes looks pretty freaky, so at least they have that.  On the plus side, Bill Oberst Jr. was great- even if he had barely 10 minutes of real Screen Time.  Keep it up, Bill.  Instead of mocking the Film's Low-Budget Gore, how about the fact that the clearly used the Actor who played the Police Captain's actual Headshot in the Film (especially notable since he has a Mustache in the Film!!!).... 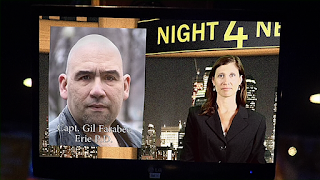 This sure could have been something really good.  Sadly, it is not.
Posted by Alec Pridgen at 10:58 PM