Takashi Miike can't help but make 5 Films a year.  Since I can't get enough Anime-to-Live-Action Films, here we go... 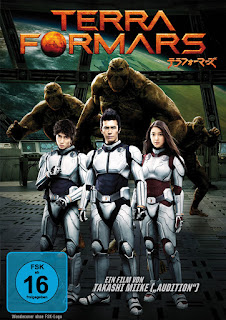 In a dark, Blade Runner time, we have terraformed Mars to deal with overpopulation.  The problem? 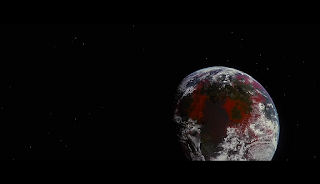 The Planet is overrun with Cockroaches (sent to test the Atmosphere).  The solution?  A team of people who need the money. 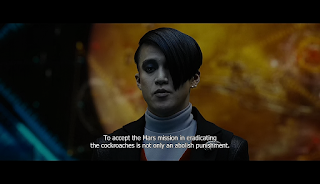 Did I mention that the Roaches are actually super-strong, Scott Steiner-looking mutants?  Oops. 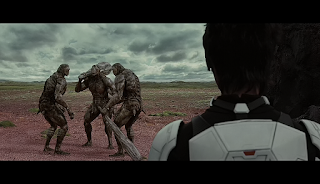 Their benefactor explains that they have a secret weapon to fight the Roaches- Insect DNA Injections to give them Super Powers, of course! 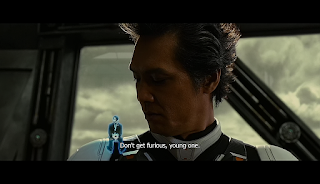 Will their Insect Powers allow them to defeat the super-powerful and evolved Roaches? 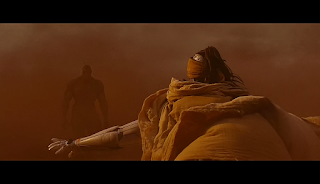 Or will they just have to say 'screw it' and leave?  To find out, watch the Film! 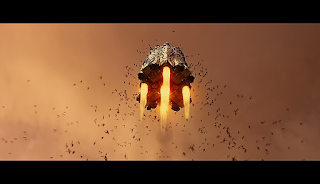 Damn Japan- you crazy!  Leave it to the Director of Izo and Visitor Q to make a Film about people with Insect Powers that fight Martian Mutant Cockroaches.  Leave it to Japan to make the Story that said Film is based on.  You never cease to amaze me, you crazy bastards!  The Story here is chock full of crazy, Action, Horror and bizarre visuals.  The human-insect hybrids look appropriately-freaky and the Cockroaches look the right side of intimidating.  They are supposed to be both goofy and scary- they nail it.  The Anime is famous for being censored in a few Countries like Germany, so I was curious to see how they handled it.  To be honest, it is pretty blood-free.  The most 'gore' in the Film is white goop, which is what comes from the Roaches.  That's not to say that the Film isn't violent- it sure as hell is!  The Sci-Fi Setting is well-used here, giving us Space Armor, Ships and other high-tech stuff.  All in all, Terra Formars is a bizarre, action-packed Sci-Fi spectacle.  If you know the Anime, tell me if it is accurate and all that.  Otherwise, just watch it for the crazy Action and Special Effects- as a bonus, double Subtitles! 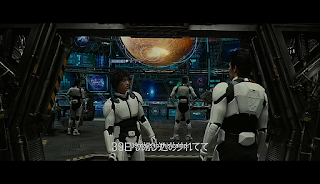 Like Attack on Titan, I can't tell you if this one is accurate to the source material.  I can tell you that it is crazy as hell!
Posted by Alec Pridgen at 11:02 PM