After two Low-Budget Horror Versions, why not a commercial one from a real Studio?  Okay... 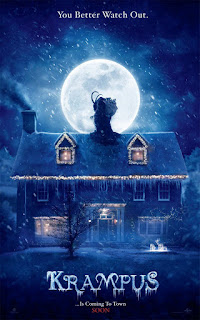 As Christmas approaches, a bickering Family is forced to be together for the Holidays.

Hey, it can't be any worse than the Months you spent shooting Hellraiser 4, right Adam? 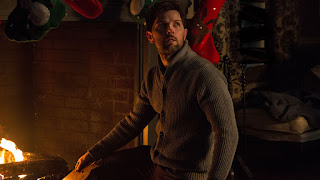 When their Daughter goes off to see her Boyfriend, a mysterious hooved creature pursues her... 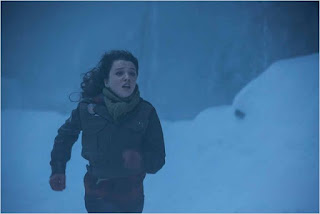 The House is attacked by a group of toy-themed Creatures in the Film's highlight.  Creepy stuff! Can the Family stay safe in the House or will they be picked off one-by-one? 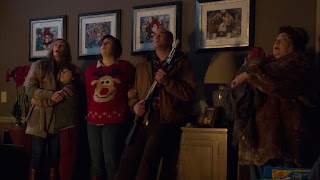 Will Krampus get what he wants this year or will the Family get their happy ending?  To find out, watch the Film already.  It's been a Year now!

Fun, if bloodless Horror.  Right off the bat, let me get this out of the way: the Film is PG-13.  It gets close to R-Rated, but keeps the major things implied.  You get most of what you want here if you watch these Films to see people get killed.  It is a little bit of a tease to keep the Rating- deal with it.  Outside of that, the Film is quite fun, a little nicer than the Trailers let on and looks nice too.  They nail the stark Winter look, something I thankfully don't have to appreciate in person.  Mind you, it just snowed in Hawaii, so all bets may be off!  In any event, the Story is simple enough to draw you in and they ratchet up the stakes with new, freaky Monsters.  There's not a whole lot of Krampus in his Film (though more than Cthulhu was in Cthulhu!).  He isn't playing secondary to random Subplots or just being used for pointless, bloody killing, so I'll take it in stride.  When you see Krampus, the effect works quite well.  If you mixed The Ghost of Christmas Future from Scrooged and the Villain from Legend & you'd have him.  He also gives me Rare Exports flashbacks, so that is always fun.  Ultimately, Krampus isn't quite the Film it could be, but still proves to be a deeper and more fun experience than I expected.  See you next year, Krampus... 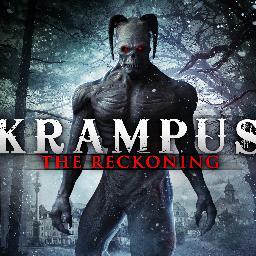 It is fun, PG-13 Horror that doesn't do a whole lot with the actual Krampus.  That aside, it can be quite entertaining.
Posted by Alec Pridgen at 10:00 AM