Another day, another Reb Brown movie. In the 80s, this guy was a machine! Now, well I covered that at the end of Strike Commando's review. Going from Space Mutiny to producing Pinocchio in the Hood is still a notable step down. Today's film is one of the movies made during his 'good' period. Translation: it's not a Bruno Mattei film! That's not to say that this is a particularly good movie, but it is not made by that Italian hack. Instead, it was made by Lang Elliot, who went on to make...Cage II. Good to know that he has made one film in 20 years, which still gives him a better track record than Terrence Mallick. As a bonus, the movie stars Lou Ferrigno, who dares to increase his acting range. Mind you, it started extremely low, so it is a barely-noticeable change. Before I start doing steroids, let's jump right into my review of... 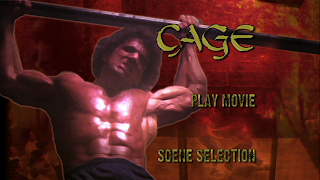 Our film begins with Lou and Reb as part of a group of soldiers in Vietnam. Oh, excuse me, it is actually Viet Nam in this film. Before you ask, this is not a sequel to Strike Commando, as awesome as that would be. Reb gets a chance to show off his kung-fu moves during the big escape, but Lou ends up getting shot in the head during the escape. Following a silly montage, we learn that Mr. Hulk is now brain-damaged and in the care of Reb Brown. Given his penchant for yelling, I would not want him as my 'adult figure.' We cut to ten years later (despite our heroes looking the same) & see that they are running a bar. Their head waitress looks like the cliched one from every diner in the Southwest, by the way. In our second story, a pair of businessmen are losing money in an underground fighting club. The 'douchey' owner pushes them for money after their fighting is killed by the champion (former pro-wrestler Tiger Chung Lee). The same night, the pair go into a bar on the same night that some dumb thugs (including Lorenzo Lamas' sidekick from 'Renegade') start a fight in the bar. One ass-kicking later and the pair proposition Reb to fight. He says 'no' and i'm sure that it will just end there. 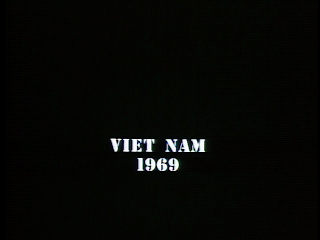 Okay, I was wrong. The pair hire the thugs to fire-bomb the bar, in order to force our heroes to need money. They don't check the doors, which leads to our minor character of the waitress dying! No, not you, person whose name never registered! Reb gets in trouble, but does not give up. This pushes the pair to finally go after the man's mentally-handicapped friend, who looks like Scott Steiner circa 1990. They convince him that they are his friends and that he should 'wrestle.' We learn that the man is freaky strong, as if that was not clear by his giant chest and arms. By the way, how is he smart enough to do steroids like that? We are also introduced to a third plot involving a woman who is investigating the fighting ring. Not much happens with it until the third act, so let's just move on. Lou goes to the fighting area, but is greeted by a dropkick from the man in the cage. One awkward fight- and no Hulking out- later, our hero is bruised, but successful. The angry fighting ring owner forces him to fight again, which is not exactly what he wants to do. Reb, in contrast, is being decidedly violent. He finds out the identity of the arsonists and chases them down, stopping to shoot up a bar first. After shooting several of them in cold-blood, he confronts the main culprit, who talks about how he feels bad. Moments later, Reb lights him on fire. My hero? 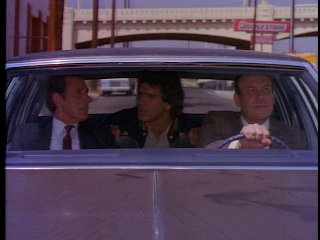 Reb finally finds his friend, but gets captured moments later. What- you couldn't empty out your S.A.W. first? Another businessman shows up, as well as his bodyguard Danny Trejo, and makes a wager or two of his own. In a bit of incidental dialogue, he outs one of the men as a cop. Could you guys make your plot points let's convenient and ridiculous please? Trapped in a room, Reb, the reporter (I told you it would matter in the third act) and the newly-revealed cop set a trap for the guard. This involves burning some of their clothes- including the woman's pants- and breaking free. Lou manages to defeat the cage-fighting champion after a blow to his head awakens his killer instinct. Angered even more, the owner demands a third fight! Lou actually manages one tiny bit of legitimate acting before Reb goes in for the final fight. By the way, my favorite kung-fu movie cliche gets used here: the last minute introduction of a new villain (see Dragon Tiger Gate and The Dragon Lives Again). In a fairly short fight, Reb beats the Eastern Champion (who just hangs around at all times for such an occasion). I know what you are wondering and, yes, he does yell a lot in this one scene. The ratio is one yell for every punch. A big shoot-out ensues, which includes the death of both businessmen, in spite of one of thing actually being nice. Every bad guy dies and our heroes get rich...until the sequel. The End. 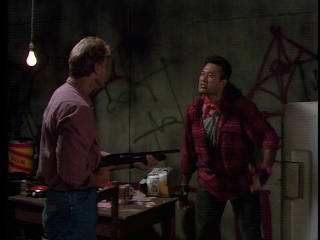 This movie is not great, but certainly not on par with some other Reb Brown movies. That's about the most conditional and back-handed endorsement of all time, isn't it? Seriously though, there is a semblance of a competent action movie here and Lou is surprisingly-good at times here. Reb, meanwhile, flexes and shoots people. On the plus side, he wears a shirt for at least 80% of the movie. All of the supporting actors are sadly under-written and vastly under-acted. The only notable actor on this end is Al Leong, who most of you will know as the lead henchman from Action Jackson and Genghis Khan in Bill & Ted's Excellent Adventure. Of course, his role is incredibly-minimal, which is a description that does not fit his giant mustache. You could do far worse than this movie, but you could also do a lot better. If they ever decide to release the sequel, you know that I'll watch it (along with Strike Commando 2). 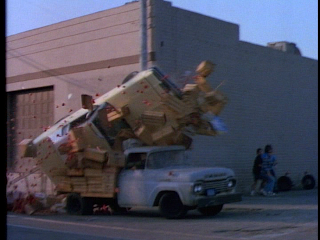 It's been too long since I last talked about Dolph Lundgren, so let's correct that, shall we? As a bonus, this film is by a competent director...not that it shows here. Stay tuned...
Posted by Alec Pridgen at 12:56 PM