Slasher Crap?: My Soul To Take

I'm sorry, Wes, but I have to do this.  Today's Film is My Soul To Take, a 2010 Film by Wes Craven that...kind of sucks.  I like Wes Craven's work as a whole, but...there's no salvaging this one.  It has been long enough now for this one to fade into obscurity, so let me remind you that people make mistakes sometimes.  One mark for the Film in theory is that it is the first Film Written and Directed by Craven since 1994's New Nightmare.  That one is better.  This one...could have been something.  The Story involves a crazy, serial killer who escapes justice.  When he seemingly returns, is it related to a group of kids born on the same day that he vanished?  Does this make any sense to you?  Well, the movie won't help you with that- sorry.  This is...something.  To find out more, read on... 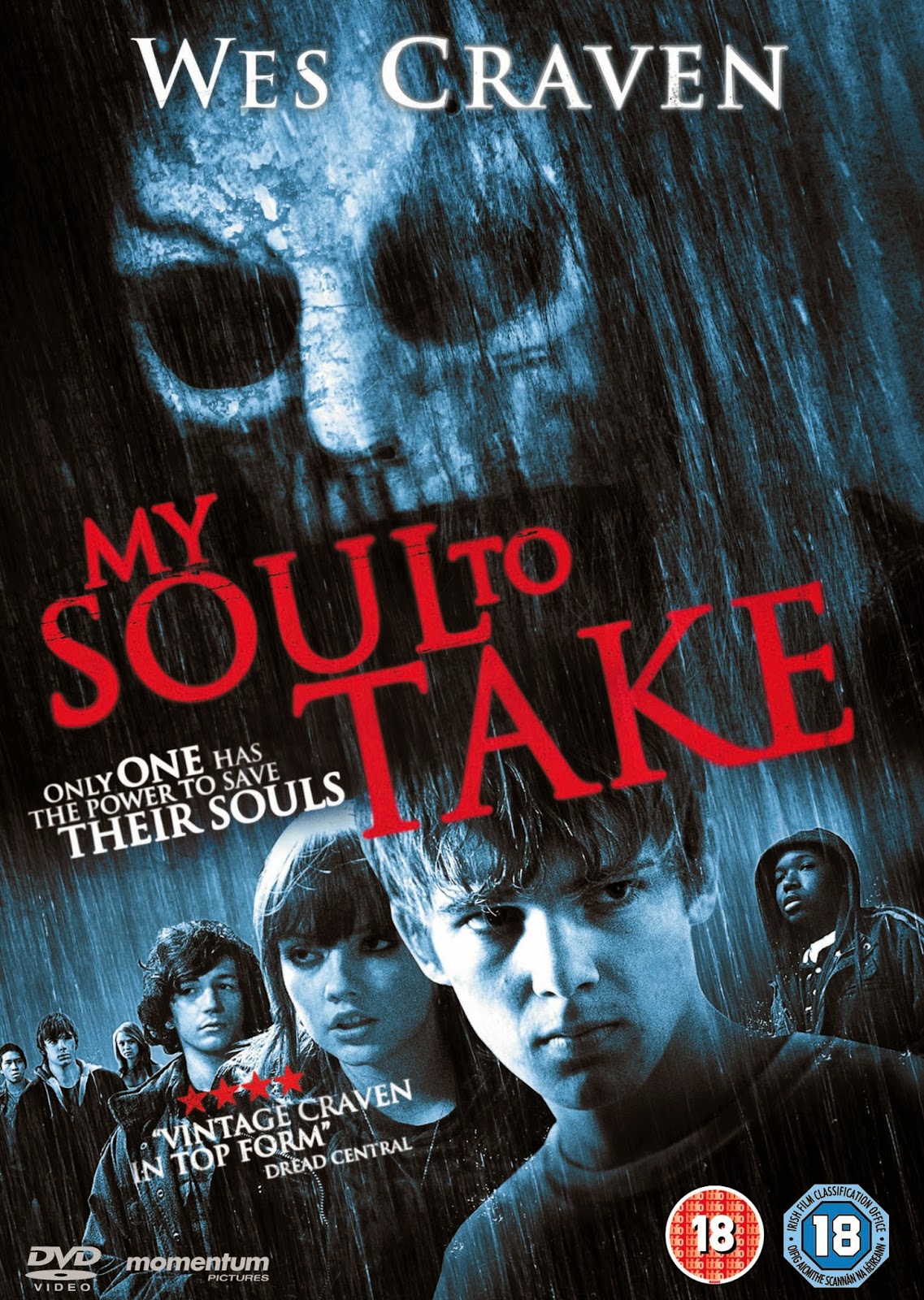 A Serial Killer is loose in a small, rural town.  Who could he be? 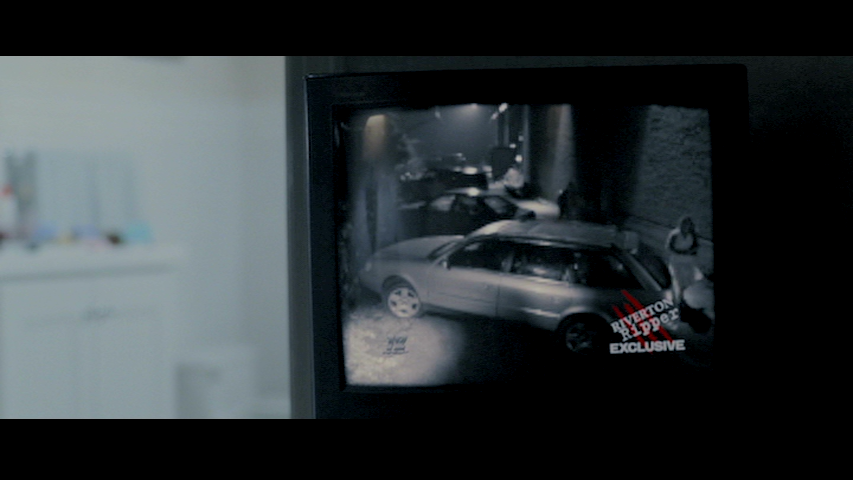 It is this guy.  He's schizophrenic, which is portrayed interestingly by having him appear to be talking to different people- who are just all him. 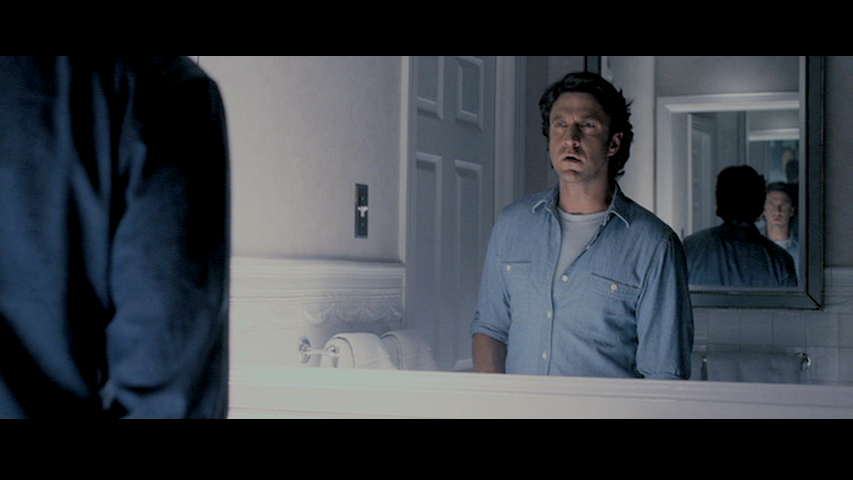 He kills his pregnant wife, only to be shot to death by some Cops.  He's put in the Ambulance...since he's alive?  Alright then.  The Paramedic is...Michonne from The Walking Dead?!? 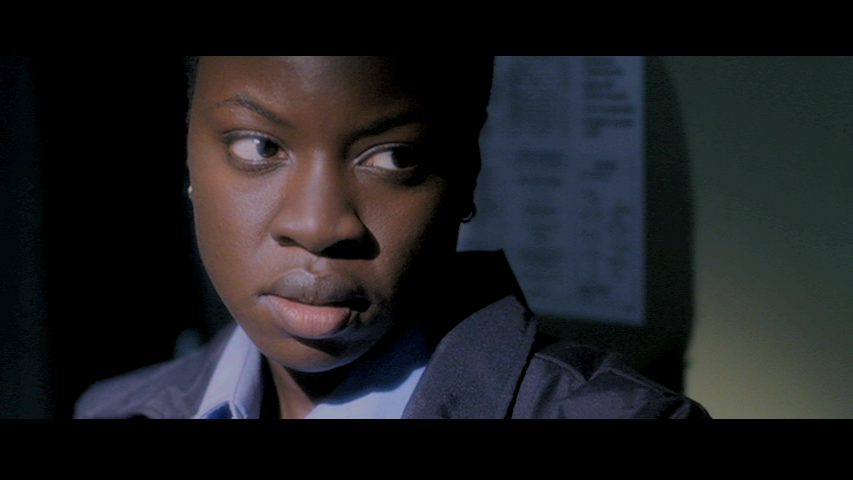 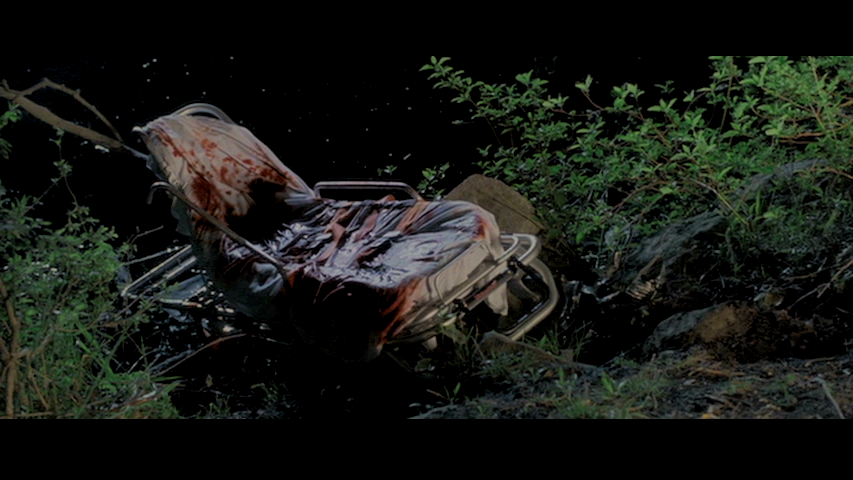 In the present, the kids of the town plan to celebrate Ripper Day.  It is the day that the Ripper escaped and their birthdays.  How boring is your town when THIS is a social event? 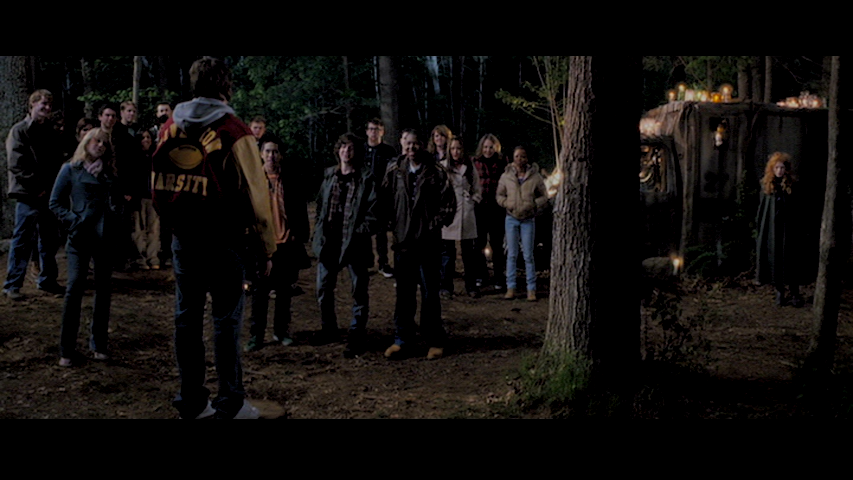 That night, one of them is stabbed by a masked man and killed.  The suit and mask are neat (when you can see them), but why does the killer have a mask now when he didn't before? 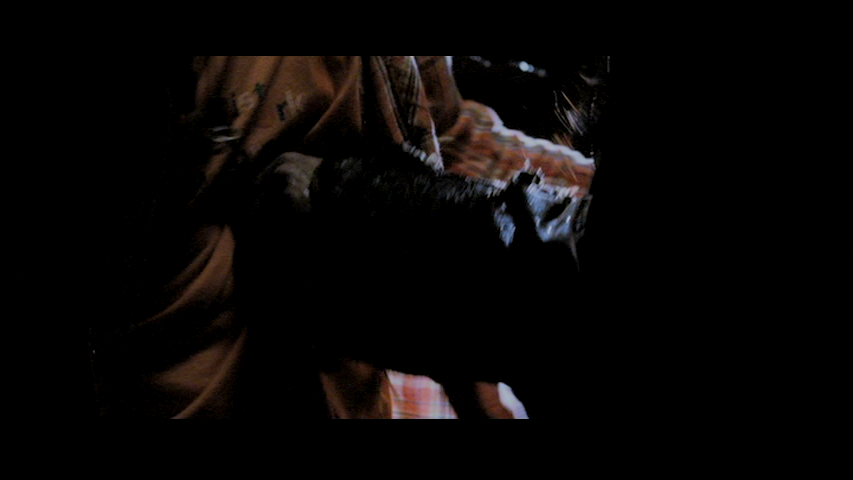 This is 'Bug.'  He's our Protagonist and he's a little crazy.

He can be 'fun crazy,' but he's mostly just 'freak out and mimic other people's voices crazy.'  Yea? 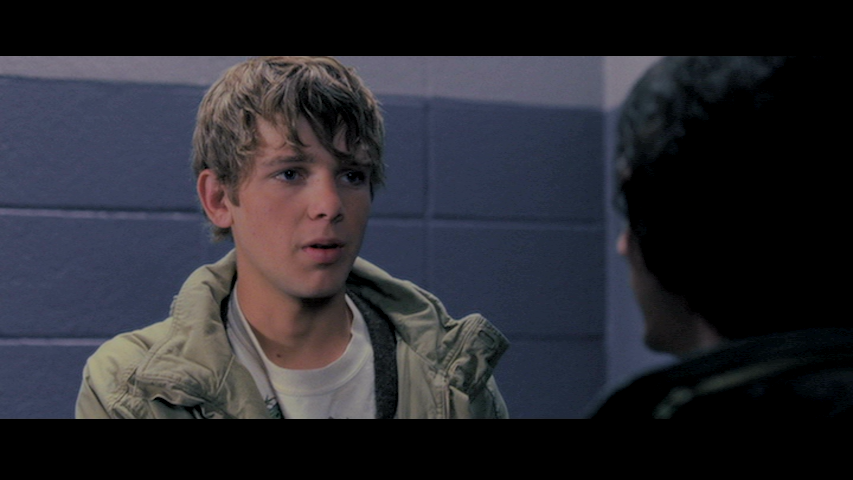 Skipping ahead quite a bit, the kids who were born on Ripper Day are being offed one by one.  Did 'Bug' do it?  Did his friend?  Did they really have to NOT LIGHT these Scenes?  Ugh. 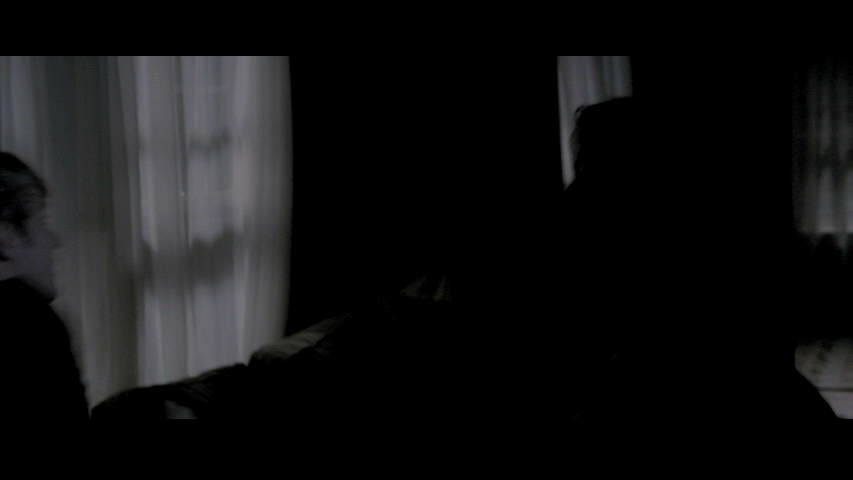 I can't even begin to fully explain this Ending.  I will tell you that it reminds me a bit of what Craven did with Scream 4, which makes me question the greatness of Kevin Williamson.

All I know is that every Ripper Day kid but 'Bug' is dead and...he's a hero...or something.  The End. 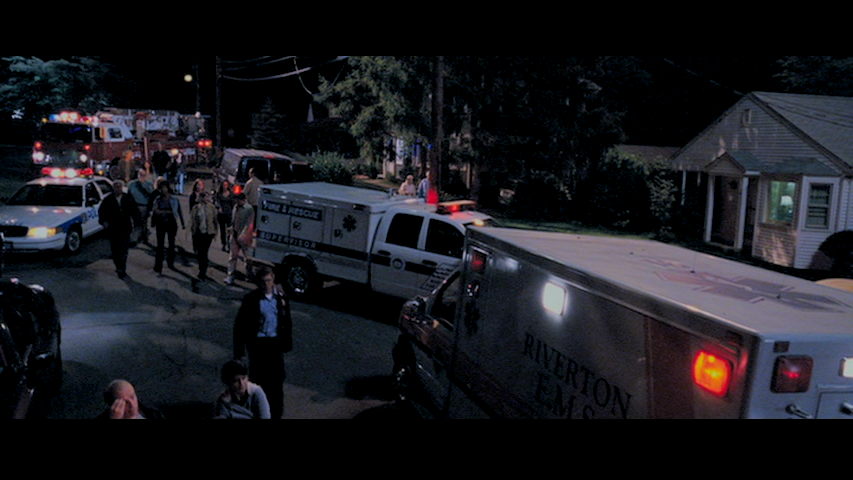 A bit of a disappointment- no question!  The Story has promise, but falls apart.  The masked Ripper looks neat, but has no clear motivation.  The Characters are unique, but little is done with them.  I wanted to like this one, but knew that it didn't have a great reputation.  Honestly, the worst thing you can say here is that the Film has almost no reputation.  Given Craven's Resume, the fact that a Film he made only 4 Years ago can be so obscure says volumes!  I can *kind* of see what they were going for here, although they do NOT achieve it.  Elements of a good Film are there, granted.  This Film is like one of those Puzzles you can't quite finish, so you just leave it like 90% done in the box and swear to 'get back to it.'  You don't.  Likewise, this Film has neat ideas, no idea how to use them and just kind of stumbles to the finish.  I can't SPOIL too much...since I'm still not 100% sure as to what all happened.  Did the friend kill the people?  Did 'Bug' do it?  I will harp on Films for overly-explaining what happened- seemingly talking to just the back row, as it were-, but I will equally attack Films for being confusing and/or vague.  Considering the Film jumps 16 years from the beginning to the main portion and NONE of the people from that part look all that different, what should I expect.  By the way, could any Mathematician give me the odds of 7 kids being born on one exact day in a super-small town like this?  It's like 3,000,000 to 1, right?  As a final 'F___ you,' Netflix still carries the Rental Disc for this 2010 Film, leaving me with this familiar sight... 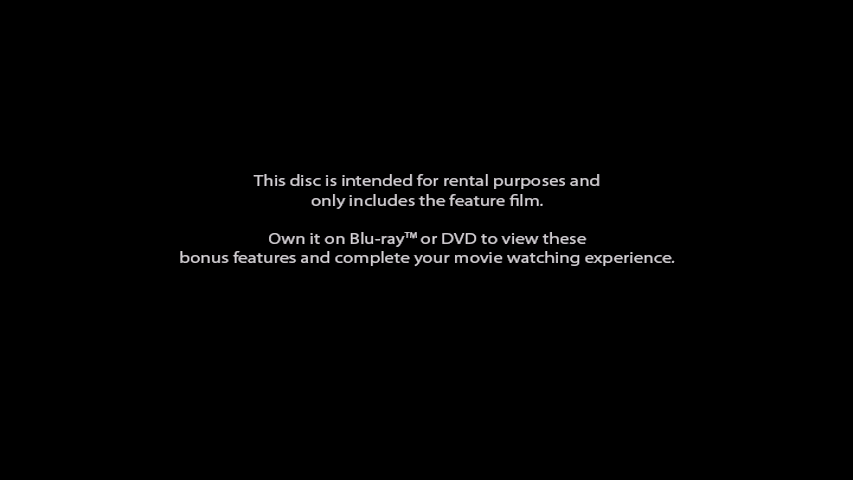 Next up, I finally get around to the original It's Alive 4 years after doing the first Sequel.  Can you be scared of a killer baby?  Stay tuned...
Posted by Alec Pridgen at 11:31 PM