On the plus side, it is not 3 Hours long and made for like $10,000.  Is my bar that low now?  Instead of discussing the slowly-lowering curve of quality I use to judge Films, let's talk about this Film.  This is War of the Worlds: Goliath (in 3-D, for some)!  This is an Animated Film from 2012 that seeks to follow-up on the Classic tale.  I've only seen this done twice- once on TV and once by The Asylum.  Neither of them was great, but they weren't complete losses.  The former is worth noting more later, as well.  In this Film, the Earth is recuperating from the damage in the previous Invasion and have taken on a Steampunk vibe.  Why not?  When the Martians return (so we'll have a Story), can the Earth unite to take out stronger weapons with their own, all the while knowing that their previous trump card (human germs) are no longer an option?  The Cast is notable for including many Alumni from Highlander: The Series.  Kind of odd, right?  With high-definition and Animation & a unique Story, this can't fail...right?  To find out (without SPOILERS), read on... 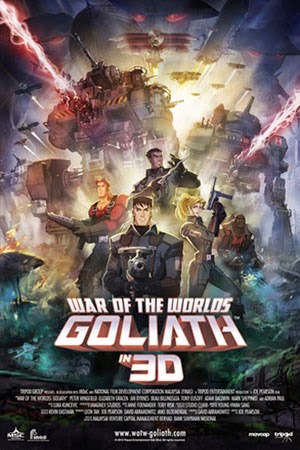 The Martians are back and they are not coming in peace! 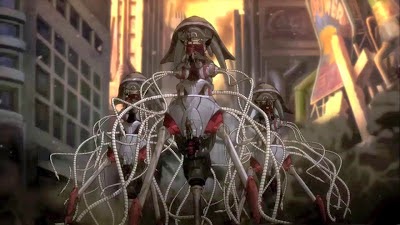 The World has formed a tentative alliance to combat the threat and made new robot-walker things called Goliaths to battle them.  The silly hats help too. 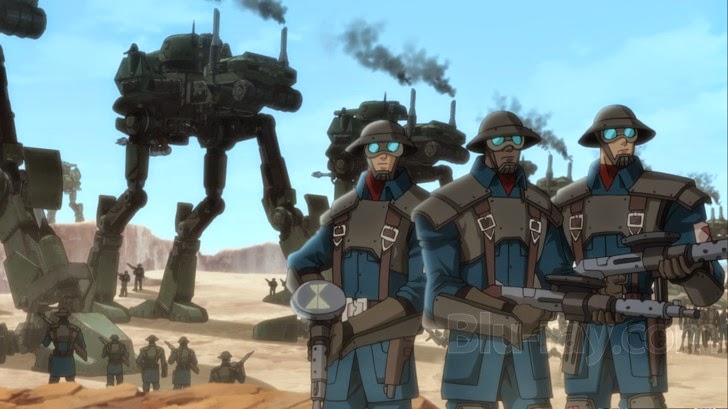 The Secretary of War- Teddy Roosevelt (voiced by Jim Byrnes) - is helping to keep the alliance together and pushing for victory! 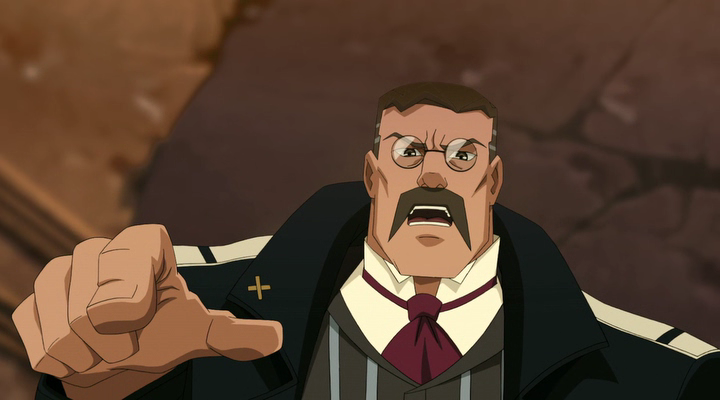 The core of the attack force (not to be confused with the Seagal Film) is these five guys.  Voice Actors of the group include Adrian Paul (doing an Irish accent) and Peter Wingfield.

Furthering the Highlander connections, the people behind this Film all worked on Highlander: The Search for Vengeance (also with Jim Byrnes). 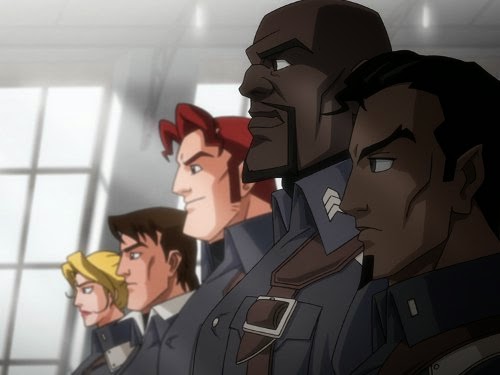 Our Lead has a problem though: he's still traumatized by the death of his Parents in the initial Invasion.  Well, at least for one Scene he is.

The only way to fight fire is with fire (or water)!  They use technology based on the remnants left in the original Invasion (like Heat Rays) to even the odds.

Will their awkward tank-walker things be enough to save the Earth?

Or will the Martians succeed on their second try (now with Purell)?  To find out, watch the Movie.  The End.

It is not bad, but it is not great either.  The Film's strength is in the Animation.  It looks nice (if stylized) and moves well.  I'm not a huge fan of the kind-of-Anime, kind-of-not Style here though.  It is still nice enough and sure to please anyone interested in it.  The problem is the Story.  The Characters are alright, but nothing more.  The overall Story is just nothing special.  There are good moments, but there are also silly one.  Case in point: a man comes in and says that Archduke Franz Ferdinand has been assassinated and the World will now go to War (with each other).  However, our Hero just makes an impassioned Speech and everyone decides to not leave and fight.  Wow, that was easy!  If you're looking for any real depth, it is not here.  If you just want some light, vibrant Animation, this will serve your purpose.  This is just kind of shallow- that's all.  It's alright.  Nothing more.It does, however, serve as Adrian Paul's return to a War of the Worlds project after 20 years! 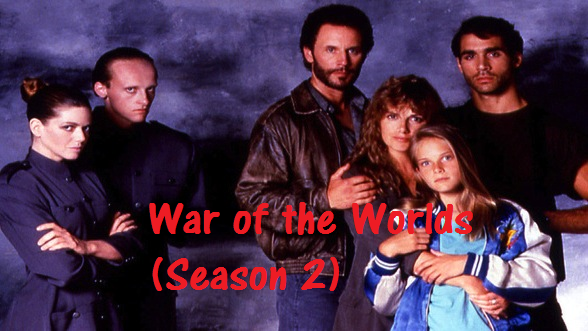 Next up, a rare Horror Film that was made for TV.  Can Doc Brown spin two obscure Tales into a winning Film?  Stay tuned...
Posted by Alec Pridgen at 8:04 PM

Email ThisBlogThis!Share to TwitterShare to FacebookShare to Pinterest
Labels: adrian paul, animated, war of the worlds