Is Lovecraft finally being done justice on the small screen?  Today's Film is Rough Magik, although it is not really a Film.  It is actually the Pilot for a BBC Show...that never got made.  Been there, done that.  This is an extra level of obscurity though, as it is kind of hidden as part of an obscure H.P. Lovecraft Collection and not labeled especially well.  There is some dispute about this one online, as its Story is inspired by elements from a game, as opposed to being purely Lovecraft.  My point of view: if the game is based on Lovecraft to begin with, why make such a fuss?  In this Story, mysterious crimes related to Elder Gods are happening in England.  To get to the bottom of it, a secret group meets up with a man who may have some answers.  The results: strange.  To find out more about what you didn't know existed, read on... 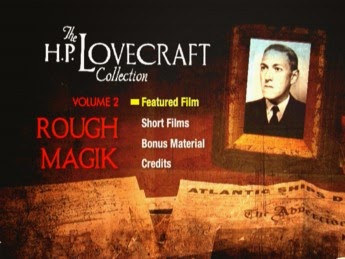 The Film begins with a mother taking her kids to see a surprise- a statue of Cthulhu!

While they're looking at it, she kills them! 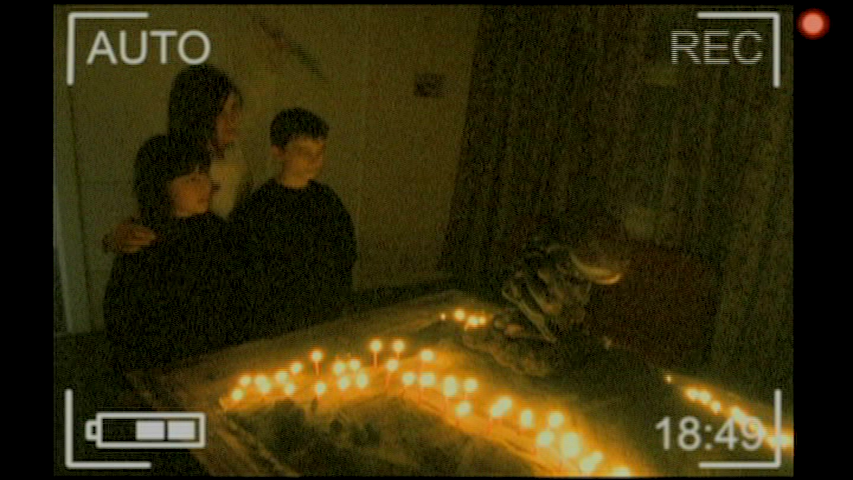 People as part of a Secret Society contact our hero and ask him questions about Sigils and Dreamers.

Instead of just asking him anymore, they drug him and make him tell the Story of how he first learned of Cthulhu Cultists... 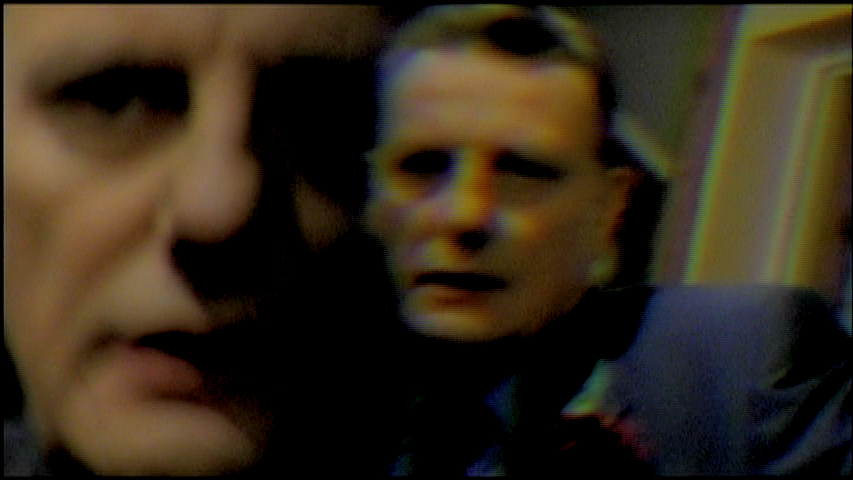 He was working with the Military on an Island as a Specialist.  The men were suspicious of him... 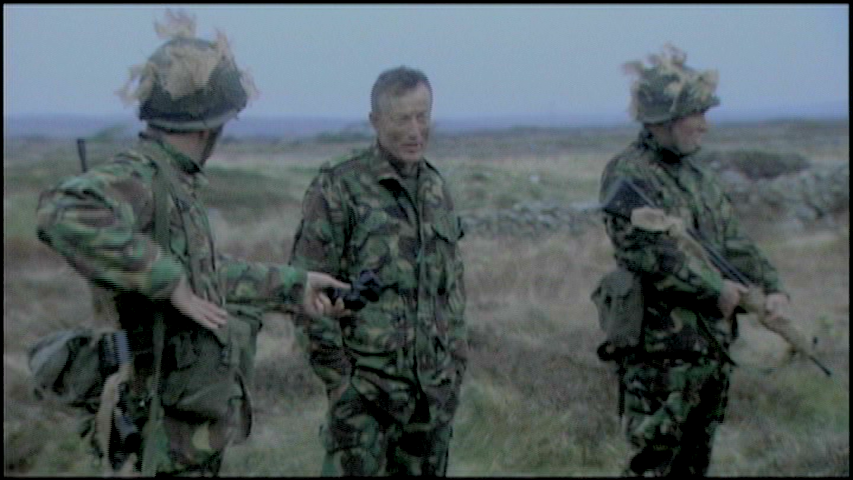 After a group come back horribly shaken up, they go to a mysterious house.  A man shows up and they all freeze in place!

He has a Story to tell our hero.  Yes, a Story within a Story (within a Film Story). 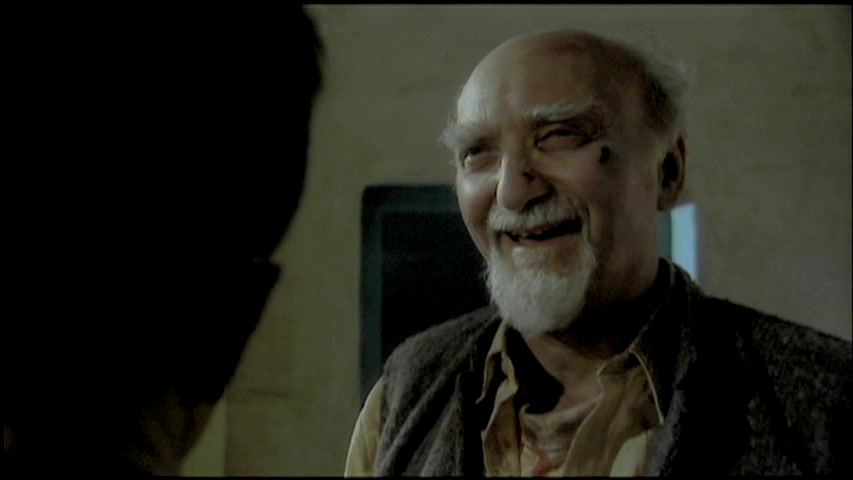 He's an Ancient One who took over a human body to observe us and try to keep the forces of evil back with his Sigils.  Forces of evil like Cthulhu! 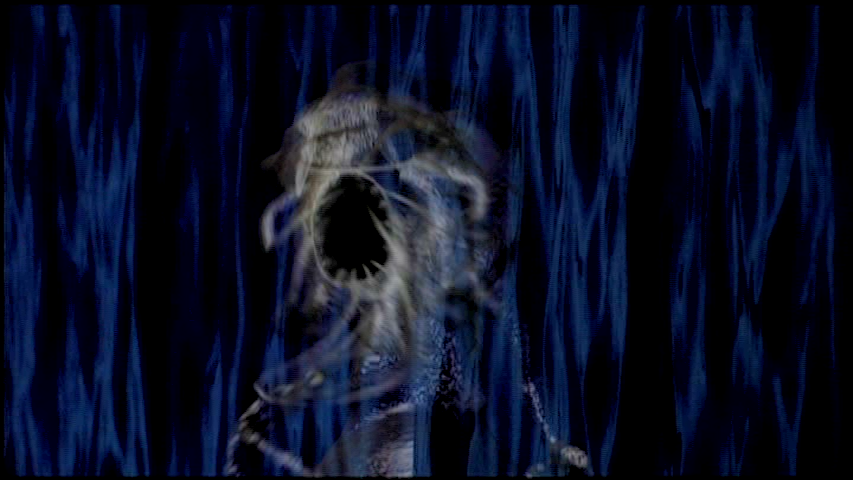 After that, he is killed by the Soldiers and the Story ends.  Back in the Present, the men talk about how many Dreamers are now appearing and how much work they have to do...  The End. 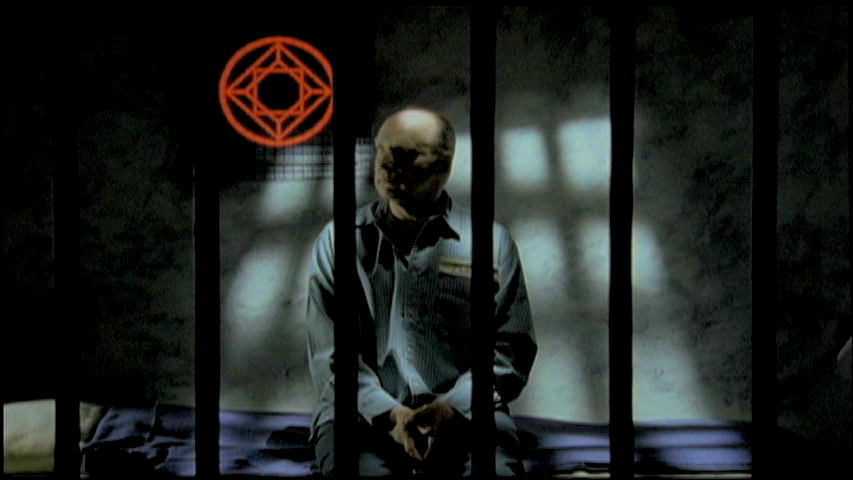 It is not perfect by any stretch of the imagination, but I don't hate it.  I like key aspects to it and am willing to forgive some of the bad ones.  The Film uses a slew of non-matching Military Footage early on, but that just feels like a budgetary thing.  Likewise, the Lighting is a bit off at times.  I get the impression that stuff like this would have been fixed if it was ever a Show.  Obviously, it wasn't, so I can see people still giving this film guff about it.  The Story here is a bit weirdly-structured, but I can see what it was going for.  Again- something to be ironed out in the future had it become a Show.  One thing I can give this one is that it feels more like a one-and-done Story than the other failed Pilots-turned-Movies did.  I do want to see more of this (although, it has been 14 years, so...), but don't feel as left hanging as I did with The Norliss Tapes, for one.  Given all I know about this one, it stands out as someone trying to make a new IP out of Lovecraft and doing a decent job at it.  With more money and work behind it, it could have turned out as something even better.  As it is, Rough Magik is a decent Pilot that is just a little odd.  Not as odd as this *completely-real* shot from the Film though... 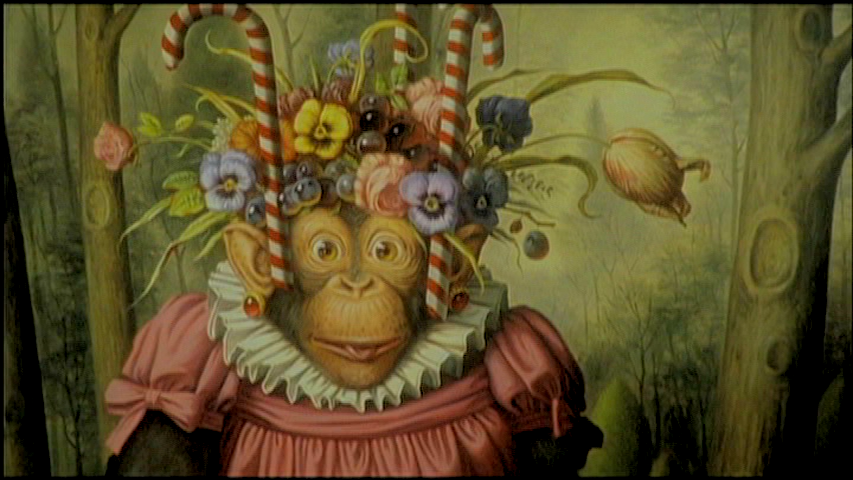 A decent Film that really suffers from being just a Pilot.  It is almost more of a tease than anything else.
Posted by Alec Pridgen at 10:50 AM