Immediate Response: The Hobbit- The Battle of the 5 Armies

My Friday night was free and someone wanted to go see a movie.  It was this or 'Batman as Moses' so I choose this... 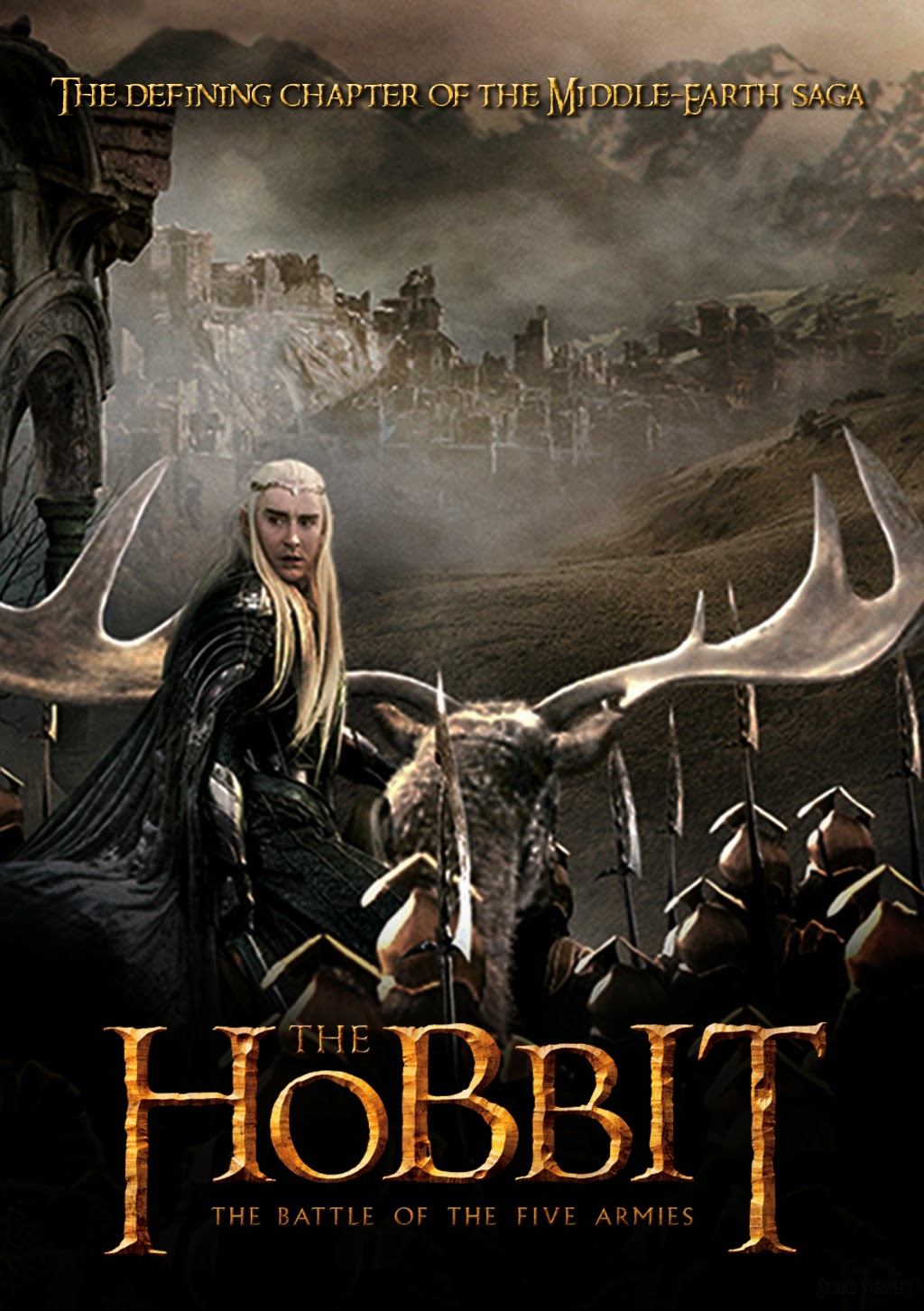 I know that some people are going to be critical of my take on the Film after what I've said about the previous Films.  That's fine.


The Good
* The Film delivers on big moments of Action.  Our packed house had no complaints.
* Alot of great names are in this Film, including new people like Billy Connolly.
* As the closer for another Series (as it were), it gives you plenty of finality and closure.
* There are no bad performances here.  The big moments are done as well as the little moments.
* For the most part, the CG effects are good and unique.

Alright, now we get to the rest...


The Bad
* I'm sorry, but Peter Jackson needs another Editor.  Some Scenes run too long, while others don't need to be there.
* For a Story that in total runs over 8 Hours, do we need a Flashback and a Dream Sequence?
* As some have said before, the Film does all of this build-up to...the guy we already knew.  What they give us is not inherently bad- it's just unnecessary.
* For a Film Trilogy that is too long, the goofy Side Character is not necessary.  Speaking of which, where the hell is the closure to the Plot of The Mayor of Laketown?
* Legolas...is just ridiculous here.  There is a line set by the original Trilogy of how crazy things can get...and he just back-flips over it.  I won't SPOIL them, but know that he is officially Spider-Man.

Here's the thing: I can pick this thing apart for little things if I wanted to.  Here's a quick one: Bilbo is Writing his Biography in the first Film, but ends this Film staring at the Ring with no Biography in sight.  Did he finish some time that we didn't see?  Oh and I guess he knew about the parts where only Gandalf was, because...reasons.

Ultimately though, this was not a bad Film.  None of them really were.  I watch alot of shit and this isn't.

For me, the whole thing is just too long and doesn't feel as necessary since we get the main Story already (years ago).  If you're a fan of the Films, this shouldn't disappoint.  If you 'just don't get it,' this won't do much to change your minds.

Was I too mean?  Leave a Comment if you think so (or just feel like it).
Posted by Alec Pridgen at 11:56 PM