Tis the Season for firsts!  As part of going to see Rifftrax Live!: Santa Claus, I got a free PDF Copy of a Comic Written by Bill Corbett aka Crow v2.0.  He used Kickstarter to fund a Christmas Comic and now he's selling it.

Let's check it out! 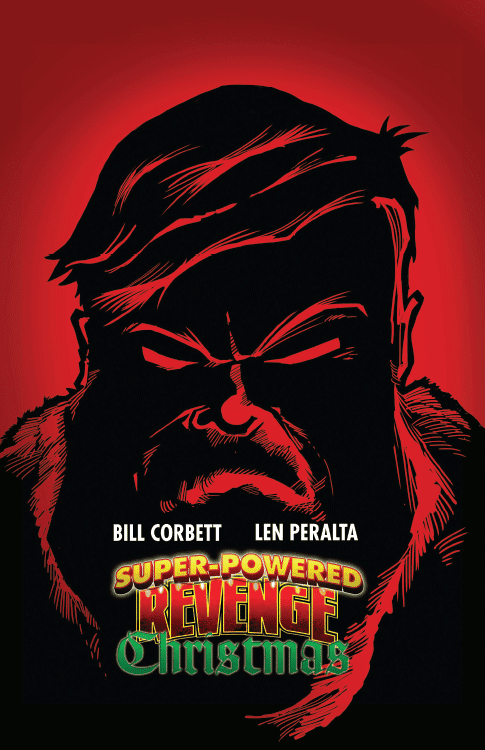 The Book tells the Tale of the Red Avenger.  He's the Santa for the Comic Book Medium, so he's much different. 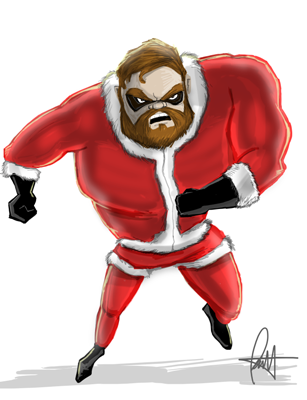 The Book's Plot involves a Meta Story about a couple pitching their Comic Book idea to people in a Bar, but more personal issues may also be at stake.

As the much-different versions of Characters like Scrooge, The Grinch and Frosty do battle, will their personal life be the real loser? 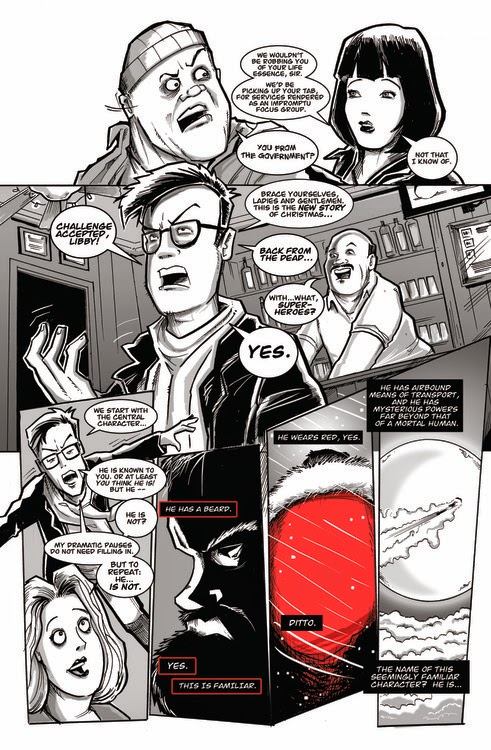 The Comic is quite good, giving you a mix of realism and the absurd.  You get real people talking about their problems and...a muscular, humanoid Rudolph fighting Robots.  It is definitely an odd mix, but I am all about the odd.  It works because both of them feel real (as real as a Story within a Story can be).  The Writer is very serious about his takes on the Characters, so you don't feel like it is just a joke idea.  He believes that it makes sense, so it does.  The Plot involving him and the people in the Bar has nice touches of realism as well.  This accentuates the craziness in the same way that the craziness makes the realism seem stronger as well.  That make sense?  What starts out as a one-joke idea (Christmas ideas strained through Comic Book ideals) grows stronger throughout.  Stuff like this either works or it doesn't.  Credit goes to the Writer and Artist then for making this one work.  It is a neat little tale and you shouldn't definitely check it out. 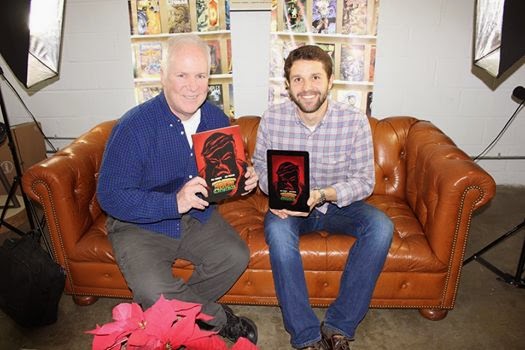 Christmas is the Christmas-iest time of the year, so enjoy with something new and different.
Posted by Alec Pridgen at 11:43 AM