Rare Flix: KISS Meets The Phantom of the Park

At long last, I have gotten to this one!  This is one of those Films that you know exists and is available (unlike London After Midnight), but is also hard to find.  Urban Legend would tell you that KISS doesn't want you to see it, much like George Lucas and that Holiday Special.  I'm inclined to believe it, although they don't talk about it much.  There is an interesting article about this whole thing- just read it later.  KISS Meets The Phantom of the Park (retitled for Theatrical Release later) is the product of British Director Gordon Hessler and the famous animation duo Hanna Barbera.  No, really.  This thing is crazy and fun, even if it comes off as goofier than you ever thought possible.  The Plot involves a Theme Park, an evil Inventor, Magic Talismans and, well, KISS doing Karate.  You have to be curious, right?  Is this better than KISS Saves Santa?  To find out, read on... 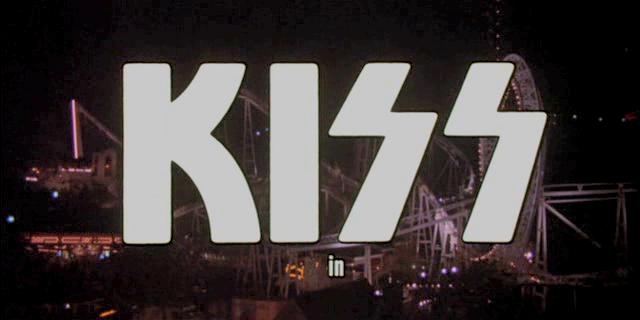 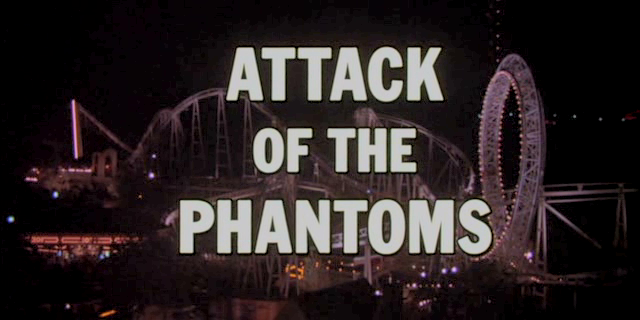 I'm going to rush through the Plot set-up here, since I want to get to the good stuff.  So KISS is going to play this Theme Park...for a Week.

They got half a million for one show on WCW Nitro, so how much did this cost?!? 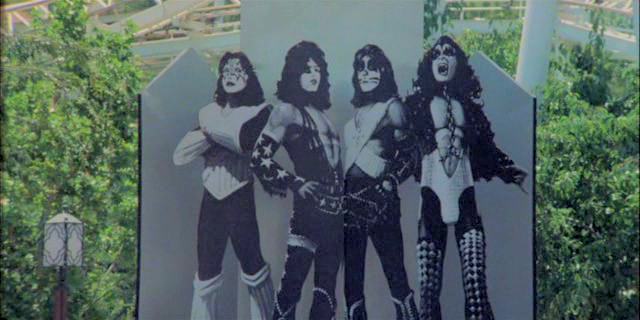 One Scientist in the Park makes life-like Robots to work and perform there.  Yes, this was after Westworld. 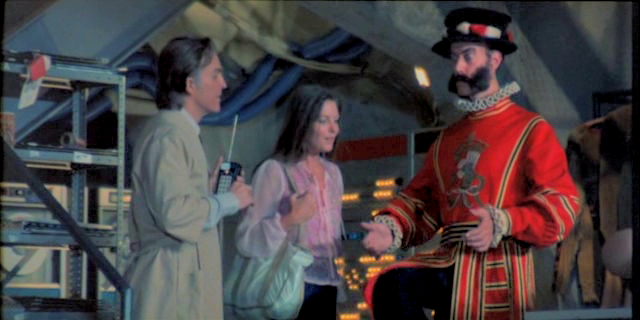 The Owner decides to fire the Scientist...in the middle of the day...and not make him leave the Park.  He goes back to his lab and now the craziness really starts. 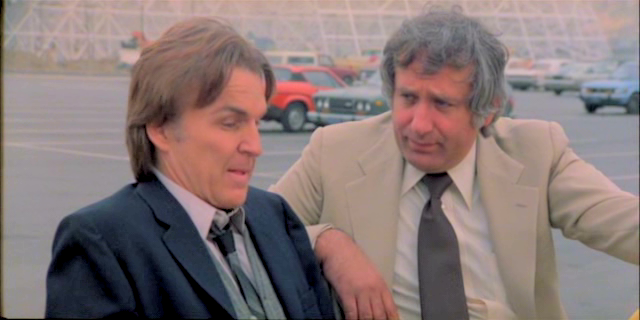 Okay, now on to the crazy shit.

First off, KISS has super powers!  One can breath fire, one can super-jump, one can read your thoughts and one can teleport. 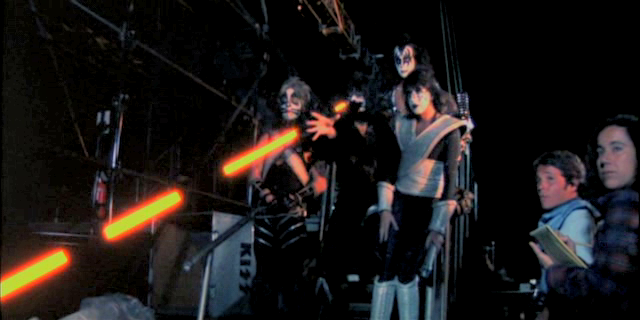 Why, you ask?  Well, they have magical talismans, of course! 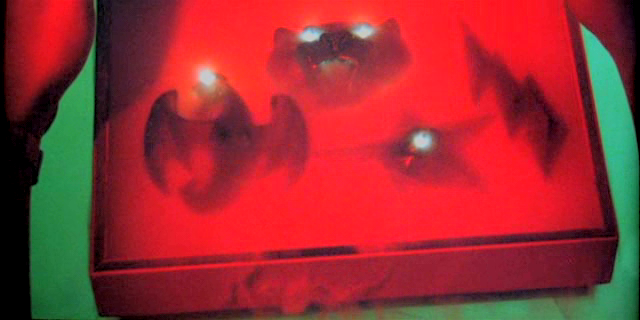 The evil Scientist sends his Robots against the band when they stand up to him.  He sends...Yeti Bots...I guess? Gene Simmons is fighting monster-shaped robots in a fake Crypt.  A Mummy has him in a headlock! 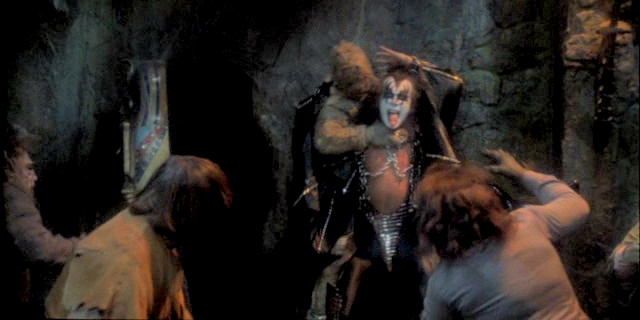 KISS fights Robots dressed like Samurais!  What's not to love? 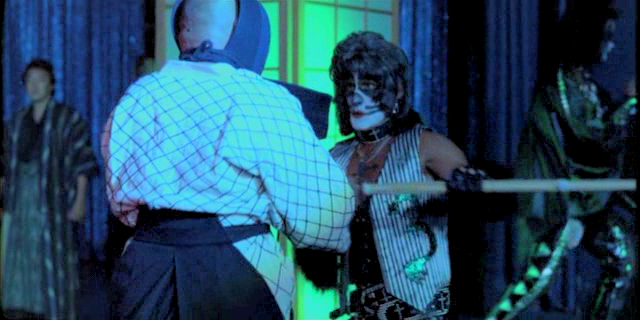 They eventually get put in a laser cage, while the Scientist's fake KISS almost starts a riot.  They save the day and play 'Detroit Rock City.'  Hurray!  The End. 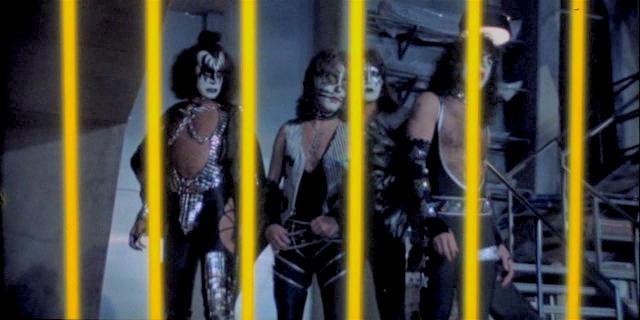 This is utterly ridiculous!  KISS battle Robots!  KISS has magic powers!  A Theme Park has fully-functional Robots!  You get silly Action (such as Ace Frehley missing a spin kick by 3 feet), silly effects (the Starchild powers) and terrible Acting.  Sorry, KISS.  What makes it work in all of the right ways is that Hessler does his best to make this feel like a serious Film.  Yes, a serious Film about KISS fighting Robots with their magic powers.  This is treated seriously, which makes it all the more funny!  It is so goofy.  It is so silly.  It is...awesome!  You get random moments like Robots dressed like Beefeaters (look it up), KISS performing 'Beth' and that's just the tip of the iceberg.  I love ridiculous stuff like this and you should too.  If you can find it, I recommend you see it.  According to their own reports, the band got wasted between takes, so feel free to partake as well.  This is so ridiculous that I can't stick with just one Stinger.  Here is KISS' casual pool attire and here is...well, this face... 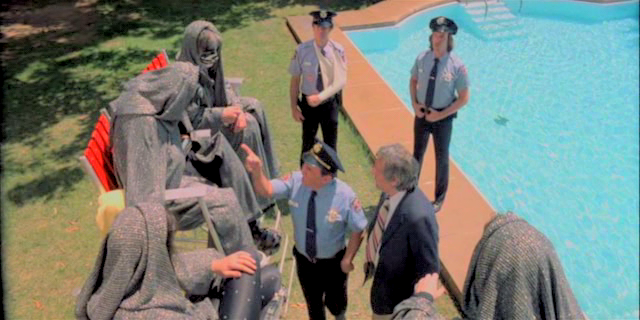 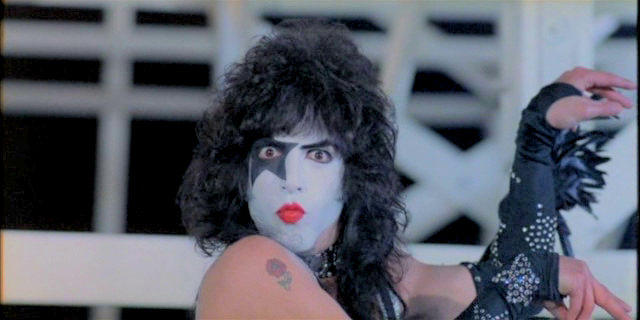