Is it at least better than Generation X?  Today's Film is Quicksilver Highway, a Made-for-TV Film from 1997.  It sure feels like a Backdoor Pilot, but I can't find any proof of that.  This Film is a compilation of a Stephen King tale and a Clive Barker one.  After so many Films, were there any good tales from either left at this point?  Well, yes and no.  In one Story, a man learns that an impromptu gift can be more important than you realize.  In the second Story, a man learns that a hand is a terrible thing to waste.  Wrapping both tales up is Christopher Lloyd, dressed up in a mix of his make-up from The Addams Family (sans the fat suit) and Annie.  Topical!  The way it plays out is a bit odd, but I'll get to that shortly.  Is this an overlooked gem or something that shouldn't have made its way out of the '90s?  To find out, read on... 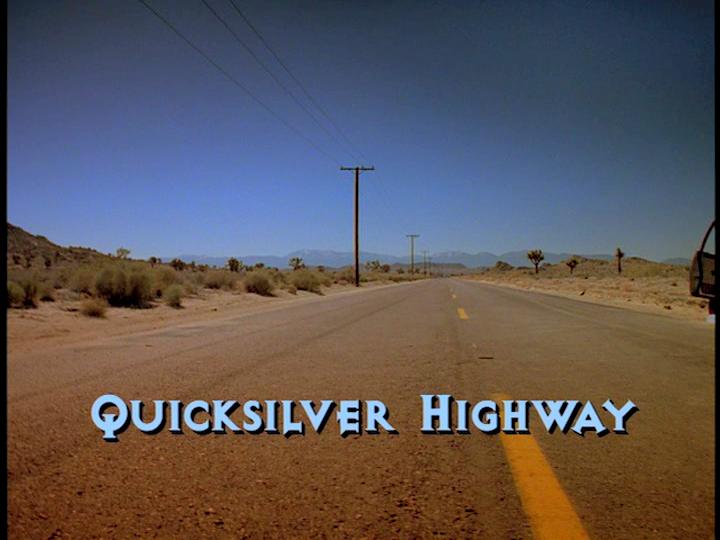 In the opening, a man and his new Bride are stranded on the Highway.  He goes for help, while she stays behind...and gets company.

He offers to tell her a Tale while they wait for the man to return... 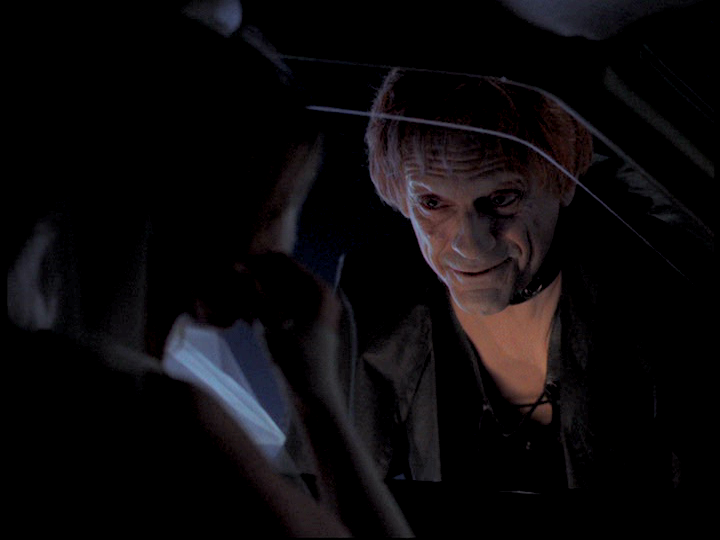 In this King tale, a man stops on a long drive home.  He is given a pair of chattering teeth with feet from a roadside Store as a gift for his son's birthday that night. 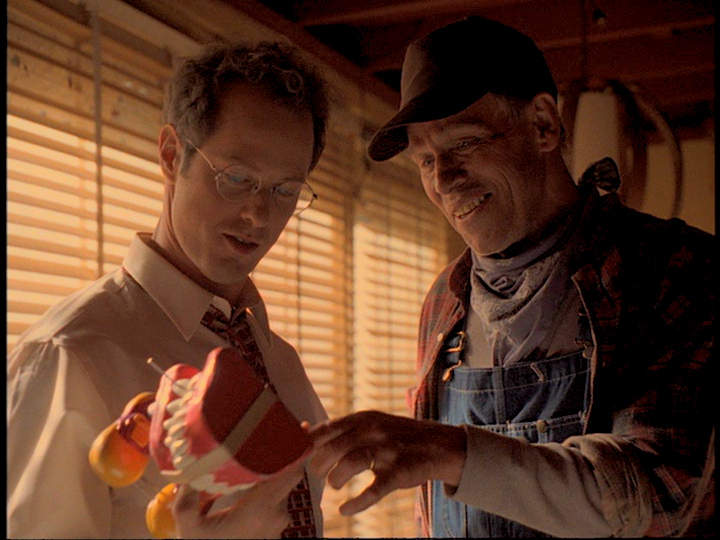 He picks up a Hitchhiker on the way back, but things turn badly.  The van ends up flipping and he is trapped with the armed man.

Surprisingly, the teeth come to his aid, killing the man and dragging him away.  A year later, he returns to the Store and regains them. 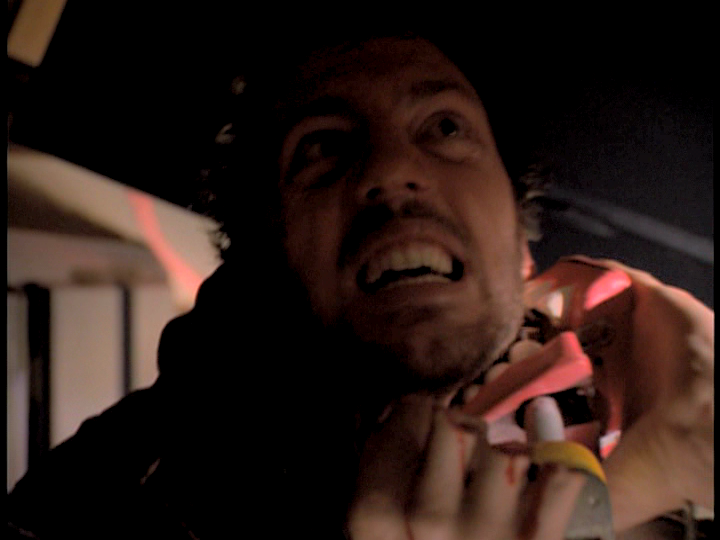 As the Story ends, a noise is heard outside.  A man has hit a person walking down the road: the new husband.

He ends up being dragged away by the teeth as the segment ends. 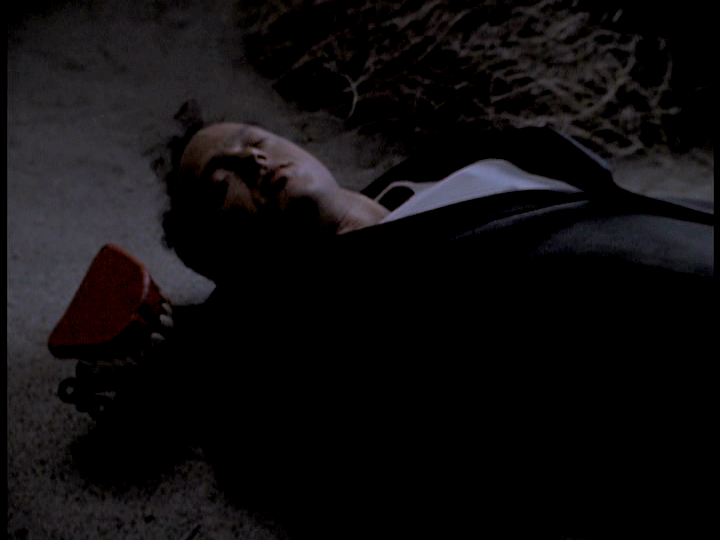 Once that is over, we get the commercial fade (can't remove that for DVD?), we get the 2nd Story- now with Matt Frewer.  He's a petty thief hiding out from the Cops, so he gets a Story.

See why I think this was a Pilot?  We get one Story, it ends and a second unrelated Story begins. It feels like 2 Episodes glued together. 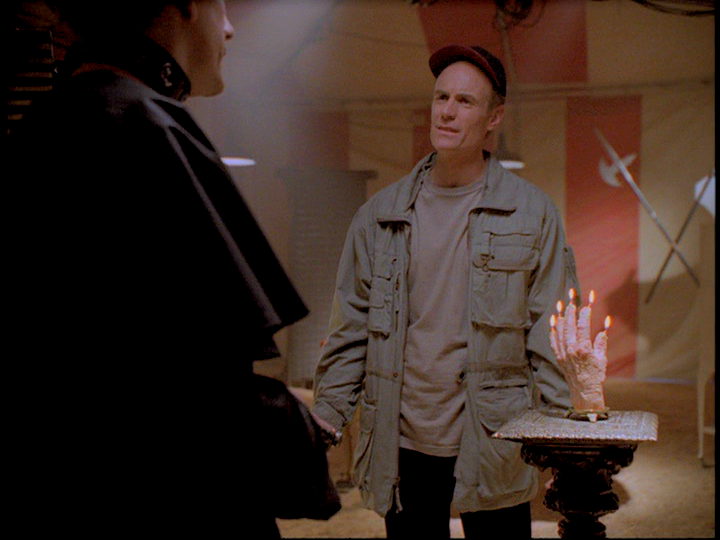 In this Clive Barker tale, a man finds that his hands seem to be acting up.  They lead him to act odd in Surgery (with Cameos by John Landis and Barker) and even kill his wife when he gets home! 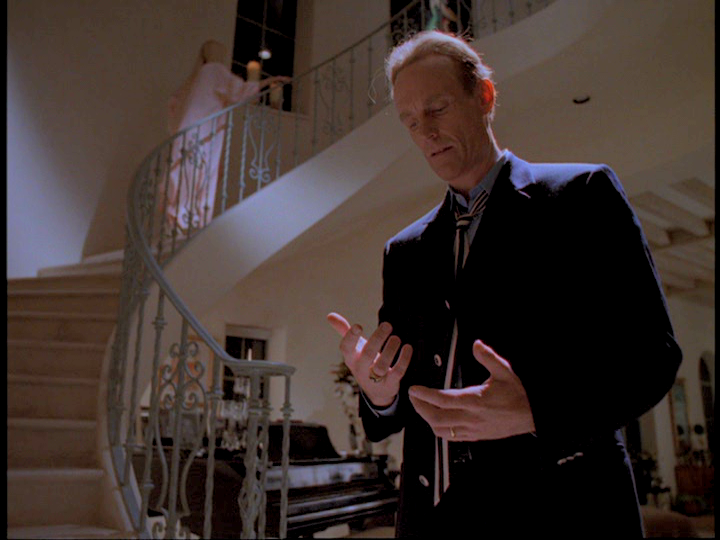 As it turns out, there is a revolution brewing with...our hands.  This is serious, huh? 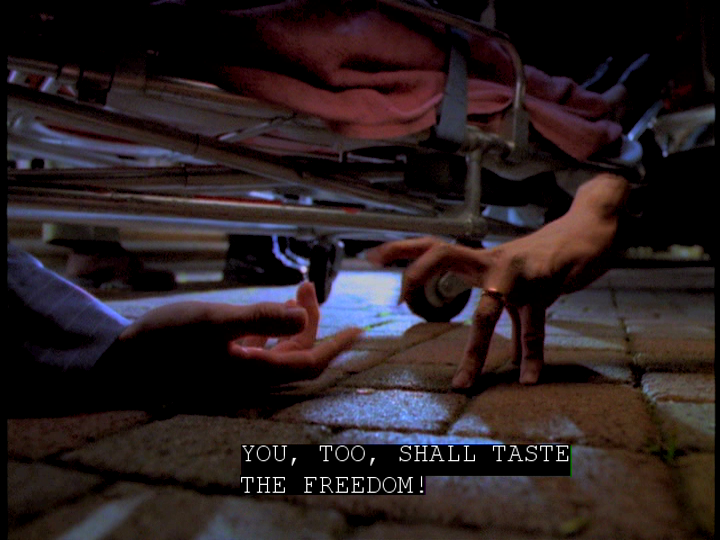 After the tale, Frewer leaves and his hands push him towards a Cop, who arrests him.  The End. 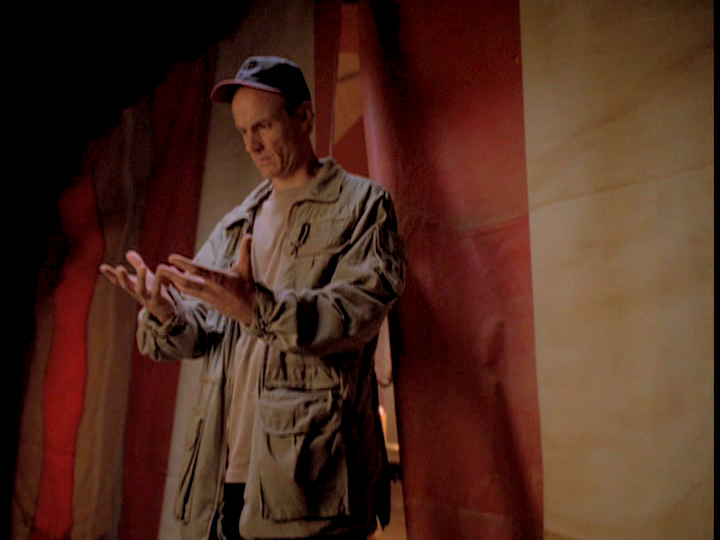 I'm a bit confused by this one.  I don't necessarily mind Horror Films/Stories that are light-hearted, but this might go a bit too far.  The Stories are just plain silly!  I guess I'm not used to these sorts of Anthologies *only* having the light-hearted tales.  It is usually Scary Story, Weird Story, Scary Story (or something like that).  I'm also not used to one of these only having two Stories.  That's odd to more than just me, right?  The way the Stories are introduced is a bit odd too.  The Framing Device is just Lloyd talking to two different people at two different times and places altogether.  These are usually 'People in a Room Telling Stories' or 'Stories Being Shown to Someone.'  As I said before, this feels like 2 Episodes of a Show (proposed or otherwise) slapped together.  Imagine two Tales from the Crypt Episodes slapped together to fill 90 minutes and you have how this feels.  The Performances are good all around, so I have no complaints there.  The idea that the Characters in the Stories are someone from the Framing Device is a nice conceit.  The person is being told a Story, so they self-identify (or picture their Spouse, like in the first one).  Honestly, I think that this might have worked with a more cohesive Narrative and a third Tale.  It would have provided a bridge (hopefully) and made things feel more balanced.  As it is, Quicksilver Highway is not bad, but it is not great.  Hey look- Hand Squirrels! 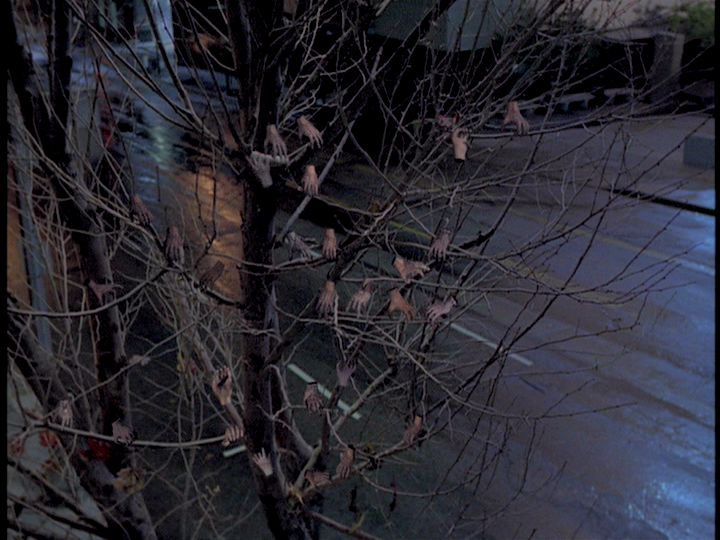 Next up, I handle a Film made by someone I know through the Blogging Circles.  Is it Morbid to like the movie or not?  Stay tuned...
Posted by Alec Pridgen at 7:53 PM