Vampires Suck?: Children of the Night

Surprisingly, the Fangoria-produced film is gory and full of monsters- who'd have guessed?!?  In all seriousness, this 1991 film was Produced by Fangoria.  I guess it's simpler to just make your own movie to talk about in your magazine if you need material.  I suppose it could have been that they were just unhappy with a perceived lack of 'quality' films too.  So what kind of movie does a horror magazine put together?  Well, it's got lots of Vampires- obviously-, lots of gore- naturally- and a comedic, Vampire Grandma.  You want to run that last one by me again?  The other thing about this movie is its odd obsession with off-the-wall humor.  Don't get me wrong- I love a bizarre laugh.  It just seems a bit out of place here, especially given the darker tone of the whole events.  That's what we have here though- an odd horror-comedy.  As a bonus, it plays with Vampire lore and rules a lot because, well, I don't know why.  It makes for interesting visuals though, I suppose.  The film has some interesting 'star power' in the form of SNL's Garrett Morris, Karen Black and Peter DeLuise (son of Dom).  To find out what all of this amounts to, read on... 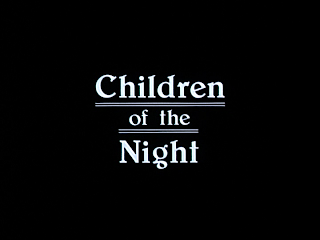 The film begins with some teenage girls doing the natural thing to rebel- smoking cigarettes in a water-filled crypt.  Who didn't do that as a kid? 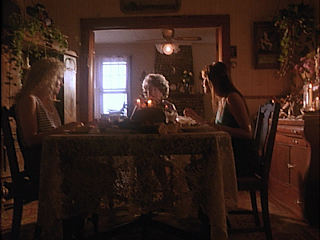 Unfortunately, they are not alone, as they accidentally awaken a vampire that's been resting there...in the water...by dropping a cross on his face.  Yeah, this one starts out weird! 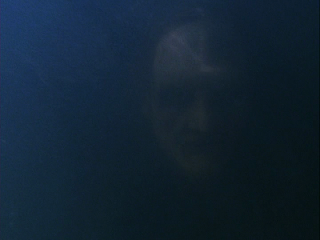 It jumps ahead some vague amount of time to show DeLuise teaching a girl to read...with horror stories.  Instead of focusing on that, the movie focuses on the mother's 'Glasgow Smile.'  It's not clear why it's important and, in fact, she never shows up again, so what was the big deal here? 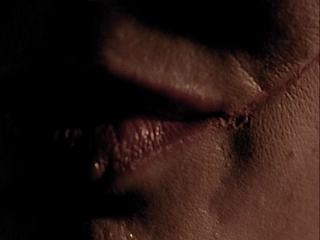 DeLuise comes home with his Priest friend, only to find that he's housing the Vampire Girl and her mother- Karen Black, in full plastic surgery mode- & had a conflict of faith.  Ya think?!? 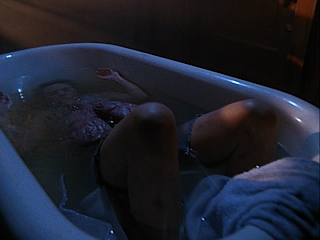 Vampire Grandma- a sight to be seen.  It doesn't make the movie great, but it makes it interesting. 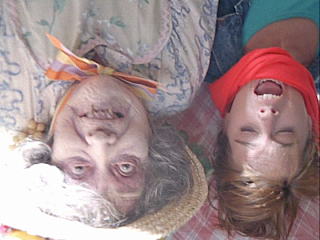 This kid is a horrible actor.  I just feel like I have to say that.  Fangoria is odd enough to give him lots of dialog in a key scene.  Brilliant. 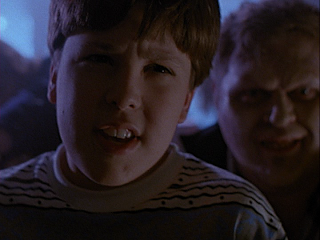 The Vampire Girl 'does a face turn,' kills her mother (less nice) and helps our heroine battle this Radu-wannabe.  To be fair, the films came out pretty close together.  Plus, who else besides me and Obscurus Lupa has actually seen the Subspecies films? 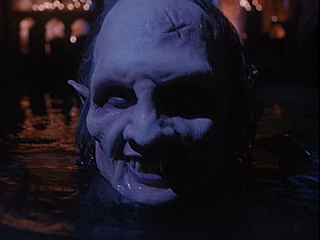 After a lot of action and silliness, the lead Vampire is taken out by a flying Bible truck and the cross strapped to it.  No, really.

How can this get any sillier... 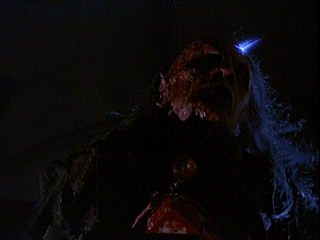 ...okay, that does it.  Yes, this Fangoria-produced film gets really schmaltzy in the End. 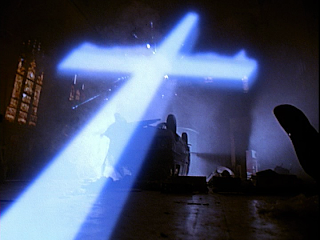 On top of that cheesiness, all of the people who didn't get killed turn back to normal when 'Radu' is killed.

Yes, this is in some Vampire lore, but it's also kind of a cop-out.  Even our heroes seem confused by it.  The End. 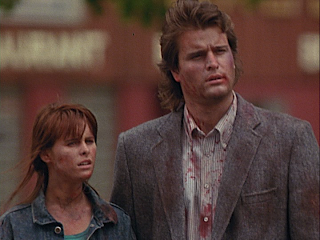 So, um, what was the logic behind most of this?  I don't hate this movie, but the changes to Vampire lore are just weird.  Aquatic Vampires?  I mean, I've seen Aquatic Zombies, but that's a different story.  I can accept the changes, honestly, but I know that a lot of people won't.  It's just weird.  Speaking of weird, the humor is odd and random.  Again- it's something that is going to be jarring for a lot of people.  Does the film get points for trying new stuff?  Sure.  To me, it's a bunch of silly gimmicks designed to hold a pretty basic plot in place.  I would have liked to see more derivation in the plot, but it's still not awful.  If you want to see a decent Vampire film which tries some new stuff- for better or for worse-, you should give this one a look.  Hey, even Silver Surfer is here (kind of)... 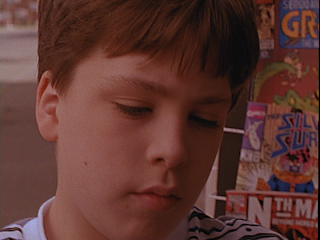 Next up, a recent film that takes a simple plot and pretends to be Quentin Tarantino.  If you can't make a good movie, don't try to copy someone else's!  Stay tuned...
Posted by Alec Pridgen at 11:09 PM