Here's an informative run-down on the Blue Underground DVD for Tombs of the Blind Dead.  The key thing is that the DVD gives you the original version (yea!) and the American version (boo!). 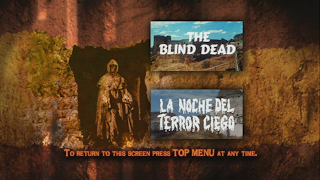 There are a few scenes oddly-excised from the Original film.  See the first 4 Chapters for the American version... 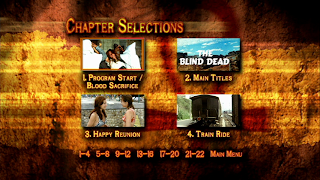 ...and compare them to the Original Version.  That's right- they cut a (fairly-mild) Lesbian scene.  Why? 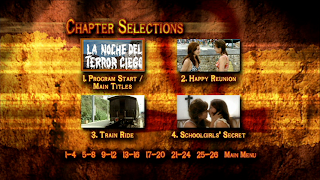 Speaking of odd, the American version takes the scene 'Blood Sacrifice' (Chapter 16 in the Original Version) and slaps it onto the opening of the American Version.  Weird, right? 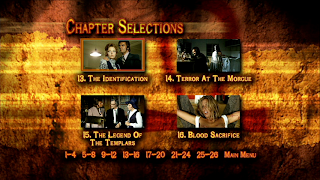 Lastly, there's a scene excised from the American Version.  What's in that gap between 17 and 18? 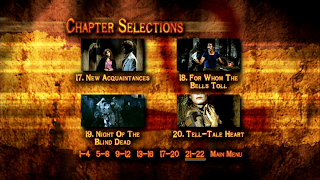 Why it's a scene where our main Heroine gets raped by a Sailor.  Yeah, they cut that!  Kudos for leaving in the scene of re-dressing with zero context.  That makes...no sense now. 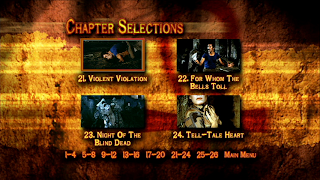 So, in summary, the Original Version is better, albeit notably different.

Aside from the Dubbing (which I hate!), the Spanish Version has a Lesbian Scene and a Rape one.  That balances out, right?
Posted by Alec Pridgen at 10:15 PM