Japan continues to adapt everything they've ever done into a live-action film.  Dororo is a pretty strange tale which goes all the way back to the '60s.  It was apparently a Manga, followed by an Anime and eventually became this film in 2007.  All good things come in time, I suppose.  The tale is simple- a baby has all of his organs and major parts sold to some demons in a contract.  Thanks to some silliness that only a Manga could explain, he survives and goes on an elaborate adventure to recover, um, himself.  Just go with it!  The film has many of the major markers of Japanese cinema- silly CG, random tonal shifts and good action.  Will this film make a believer out of many or continue to only appeal to people (like me) who watch every Japanese movie ever?  To find out, read on... 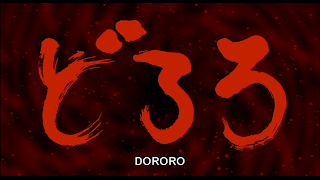 The film begins with WAR!  After that, the leader of the losing army wanders into a Temple and makes a deal with a bunch of Demons.  What kind of temple is this?!? 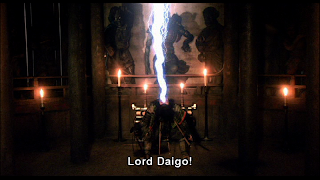 Years later, our hero grows up to be a pretty tough guy, in spite of losing 48 parts of his body in the deal.  He even learned the Ninja Duel move and how make things explode in CG blood. 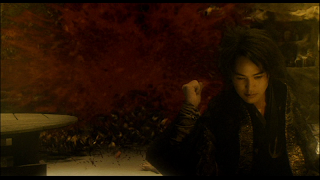 WHAT THE HELL IS THIS?!?!?!?  I hope you like the face of your new nightmares, readers! 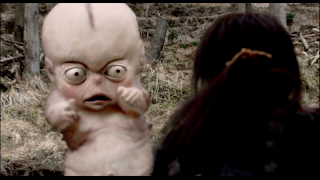 After uniting with a sassy thief, Dororo begins to kill demons as a team.  Montage time! 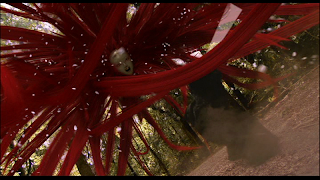 No Demon can truly swallow Dororo!  Of course, neither can most audiences swallow the ridiculous origin of this character... 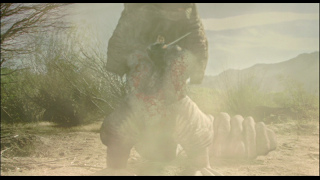 Birddddddmannnn!!!!!  It was either that or a Flash Gordon joke, so I had to make a choice.  Well, who wants to live forever? 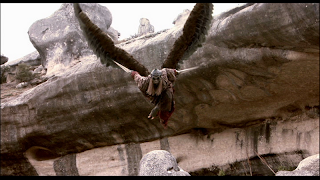 Things get tense when our heroine figures out that our hero's father is the evil guy who has been making the world shit.  Her rage is a bit silly, given that he just found out about this too.  He lost every organ and limb in his body, so screw you. 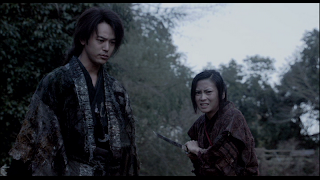 Things don't go well for the Dororo family, as the father turns evil and kills the mother.  The brother is not exactly well off either.  Final Fight time! 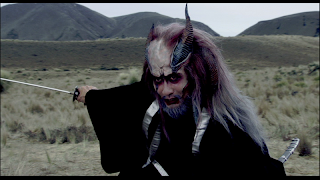 With half of his limbs/organs back and most of his family dead, Dororo just kind of runs to fight another day.  Yeah, it just kind of ends abruptly like that.  Sequel-bait?  The End. 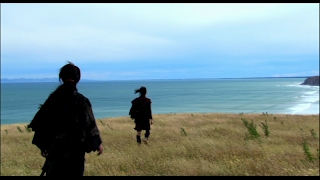 I'm all out of pieces!  The plot of this movie is interesting, but doesn't quite manage to sustain it.  The whole thing with the father being evil is a major factor as a whole, but he's not shown much to really prove.  It would be like if Darth Vader only had three scenes in Star Wars: Episode IV.  That's the problem that comes with adapting a long-running Manga into one 90-minute film.  Rather, it's actually the problem that comes with adapting a 26-episode Anime show into a 90-minute film.  Wait- those are both true.  If you can get past the super-important evil guy being a minor player in the film, there are many good points to talk about.  The action is good and many of the effects are nice.  Some of them are not that great or just look like, well, CG.  This movie has a lady turn into a spider-demon just like Beowulf (with Christopher Lambert) does and it doesn't look a whole hell of a lot better.  My problem was just the silly origins and explanations for Dororo himself.  He had all of his organs- including his heart, lungs, etc- and major body parts- including his eyes, ears and tongue- stolen by a cadre of Demons as part of the deal, but lived long enough to be found by a guy with a magical formula that creates working, albeit fake replacements.  I also have to question why killing the demons gives you the parts back or how they just appear in his body.  With all of that said as well, I liked the film, but can't recommend it to you if you don't like Japanese films already.  I hope that helped.  Take us away, Freudian imagery that I refuse to explain... 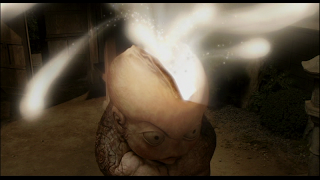 Up next, Germany gets a shot at a thriller that doesn't feature rats.  Will this adaptation of a book by the guy who wrote King Kong be anything other than silly?
Posted by Alec Pridgen at 6:32 PM