Are you ready to...be disappointed?  Today's film is a 1976 murder mystery film that is light on both elements.  For a film with this title, there is a severe shortage of grease painted death- see what I did there.  The whole gimmick here is that it's a prank gone wrong, a story that would ship many times in the '80s boon of Slasher films.  This movie has many of the elements of those films...in theory.  In reality, it's a dull movie that doesn't exactly have a lot going on in it.  It has John Candy in it, so it's got to at least be funny, right?  If you've seen Wagons East, you know that's not a guarantee.  To see just how disappointing this film truly is, read on... 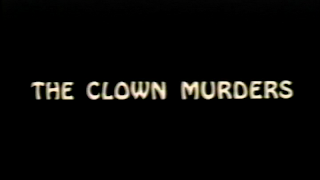 Basically, a bunch of rich socialites are, well, rich socialites.  One of them is more rich and is about to sell a farm that used to belong to another one of them.  To make things worse, his wife used to date that same person years ago.  After about twenty minutes of character exposition and padding, they come up with a plan... 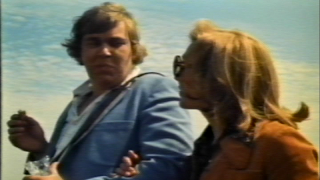 To stop the man from signing the farm away, they 'kidnap' the lady while dressed as clowns.  They take her to the same farm- smart, guys!- since the man has an arbitrary deadline to sign the papers and won't do it without her there.  Things go awry, however, as everyone gets caught up in their own drama.  All the while, the cops think that the events were real.  Will a killer clown please show up? 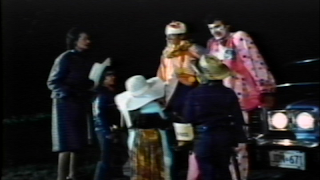 Finally, one does...sort of.  As the guys linger about the farm and argue, a man takes a clown mask left behind and just sort of lingers around.  He doesn't show up until at least 65 minutes in, so he's clearly quite important.  We get more fighting, more sappy conversations, an out-of-place scene where the woman kind of rapes John Candy and more stalking.  Finally, at 76 minutes in, the clown shoots one of the men and chokes another.  That guy isn't actually dead and gets shot by Candy, making the title a lie.  He just kind of leaves and the film sputters to a stop, revealing that the lead farmhand was the killer.  There's no explanation or resolution, but that counts for something...I guess.  The End. 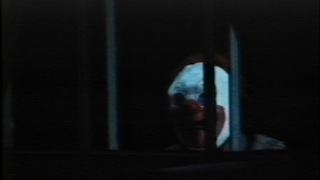 Are you serious, bro?!?  The plot of this movie seemed like it was going somewhere good.  A fake kidnapping that turns into a hostage situation involving a real clown-style killer?  Great- I'm on board.  This is not that movie, however.  This is one of those 'Actor Movies.'  You know the type, don't you?  The kind of movie that Actors like to do, because all they do is sit/stand around and react to each other's dialog.  It's 'real' and 'gripping'...when done right.  Movies like Twelve Angry Men (either version) and Inherit the Wind manage this well.  In contrast, movies like The Life Aquatic with Steve Zissou are just boring to watch- sorry, Wes.  The film has almost no action, takes forever to get going and never really does much once it actually does.  Plus, as I mentioned, the title is a lie, since the clown only kills one person throughout the film.  If you want to see a tedious effort in mid-'70s film-making, this is certainly an example of it... 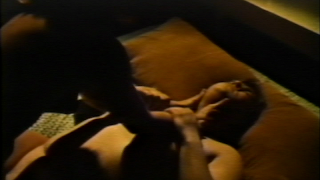 Next up, a film about a killer clown by the guy behind Sleepaway Camp II and III.  Will this slasher-comedy amuse us on the Third Rock from the Sun?  Stay tuned...
Posted by Alec Pridgen at 11:00 PM