It's the crap that's always on!  I've wanted to do this segment for a while now, but time and scheduling have never quite synced up right for it.  Well, before I put it off for a few more weeks, let's get to it...

What is the Streaming Standard?  It's simple- it's the measure of just how silly stuff can be for us to watch it via Streaming (be it Netflix, YouTube, etc.).  If we were talking about Discs, it's a different story.  You have to select the film, move it in your Queue, wait for your last shipment to be processed, wait for them to process the movie and then wait for it to be delivered.  Are you willing to wait two to three days to watch stuff like Lost Tapes?  I don't think so.

What is Lost Tapes?  It's only the most awesome and terrible show ever.  It's a Found Footage TV show made for, of all places, The Animal Channel.  No, really.  The premise- people get attacked/chased/scared by cryptids aka unverifiable creatures in 'nature.'  Rather than SPOILING the whole series, I'll focus on a recent favorite called... 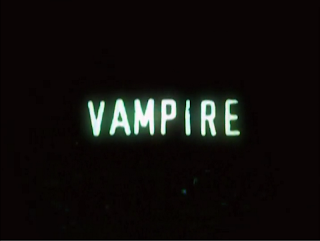 The story is about a young couple- with a kid- moving into a fixer-upper house.  Little do they know that a vampire is among them.  I should also mention that they have Security Cameras in their house, since the kid has a history of sleepwalking. 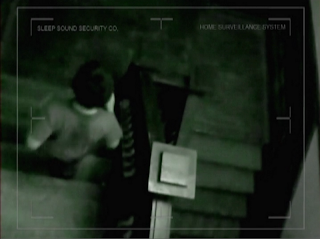 As if you really cared too much about the plot, the show will often stop on a dime to show you talking heads with dubious credentials talk about the 'monster of the week.'  They usually serve as blatant set-ups for later in the show too. 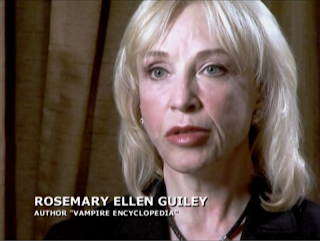 Here's a glimpse at a rare event for Lost Tapes- the monster showing up and standing still for two seconds.  Hell, it's rare that you ever see much at all, but I won't say which ones are more guilty than others.

This is a vampire, by the way. 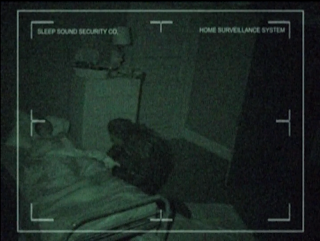 The really silly part is that the story is based around the idea that Vampires could be real.  Naturally, they have a three-minute segment explaining why nearly ever suspected case of Vampirism can be explained.  Did you hire a different guy to do this part? 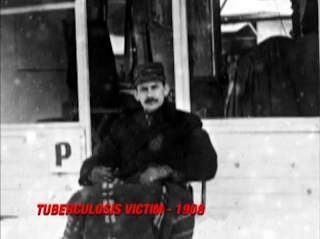 Speaking of silly, we have an Exterminator in this episode (read: cannon fodder).  To accentuate the silliness of the Found Footage aspect even more, we see through his mini-cam!  How did they get that?  Does that even use tapes?  The show is called Lost Tapes after all. 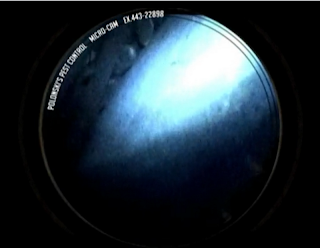 The whole thing builds up to the family hiding from the vampire/dog-thing.  Will they survive?  Will they continue to use two cameras at once (the hand-held one and the Security one)?  You'll have to watch and see... 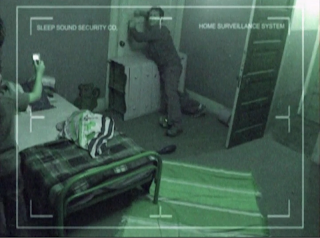 That's Lost Tapes in a nut-shell.  People go somewhere, a monster shows up (sometimes on-camera) and shit goes down.  Some end happily, other's do not.  With around 24 episodes to watch, this thing runs the gamut from featuring killer worms to Bigfoot to giant, killer owls.

If you want a selection of episodes to check out, I recommend...
- Vampire (see above)
- Bear Lake Monster (cute ladies in bikinis, if nothing else)
- Death Raptor (gets really, really weird)
- Death Crawler (rare monster action and it gets double-meta)

Next up, a look at a '90s cartoon that is so Extreme that it's theme song says the word 13 times.  Logic has left the building, folks!  Stay tuned...
Posted by Alec Pridgen at 4:32 PM