Now that Oscar obsession is dying down, let us focus on the important stuff- goofy moments from a 30-year old Cartoon for Children. 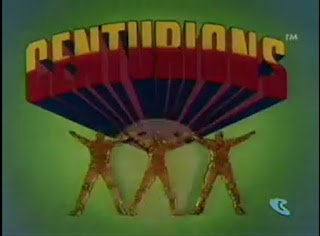 I got the Complete Series Set of the Show for Christmas and I've loved it.  It's as fun as I remembered it to be and, to be honest, it is weirder than I remember.  My mindset is, for the most part, very different than it was when I saw this Show in reruns on Boomerang.

As such, let me cover some of the insanity from this often overlooked Show from my childhood and that of many others.

Honorable Mention: The Episode where they battle Dracula, as I already covered it. 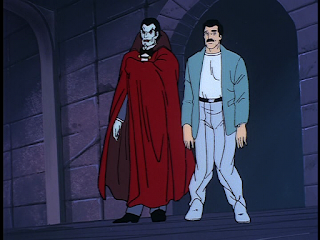 12. So Atlantis is real: In the grand scheme of things, this isn't *that* weird for a Show involving Cyborgs, beaming and man-mechs.  That said, Atlantis is apparently real.  By Season 2, they even build a Shuttle to get there!

11. My Zombie President: Most of the time, Doc Terror is just running his own plans.  Every once in a while, we see one of his henchmen.  In this Episode, a guy called Zombie Master flies around in a mag-lev chair and shoots sonic waves that somehow mind-control you.  His big plan: convert the President.

As a bonus, it makes your hair white, but it changes back when the effect wears off.  Science!

10. A Whale of a Plan: This was my first reintroduction to this Series!  When Whales start attacking Bridges and Buildings, it turns out to be Doc Terror's doing.  To do so, he does all of this... 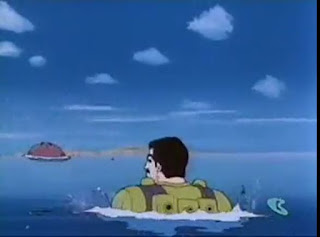 9. Alien Plants Attack!: It came from Outer Space!  In this case, it is an Alien Plant that regenerates and makes giant plant monsters.  Thankfully, they stop it the only way they know how- give a vest-mounted rocket launcher to a dog.  No, really.

8. Analog Hacking: Since they can't call the I.T. Department, I guess.  When the World Science Council's Super-Computer is hacked, they do the only logical thing: shrink the Centurions and have them fight the tiny robots manipulating it from the inside.  Of course!

7. Animals Attack: This starts weird, but only gets weirder.  An attempt to make a Cyborg Dog leads Doc Terror to something great- a beam which he can shoot at Animals to mind-control them AND give them super-strength.  No, I'm not high.  Why do you ask? 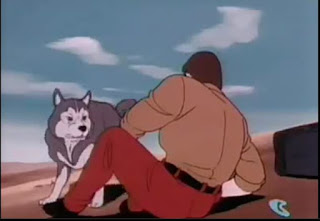 6. Doc Terror's Oddest Creations: This is a little bit of a cheat, but deserves mention.  In the run of the Show, Doc has made such creations as Mako- a Fishman/Cyborg- and a Cyborg Judo Expert.  He also made Robot Sharks and Robot Panthers.

5. Telepathic What Now?!?: The Episode begins interestingly by casually-mentioning that this kid has amazing mental powers.  It's all so casual.  Thanks to happenstance, one of the Centurions' weapons systems is left behind at a High School.  The super-powered teen is somehow still being bullied- HOW?!?- and manages to use the weapons system by way of his powers.

4. Totem Fail: This is just odd.  Doc Terror wants to attack a Base, so what does he do?  If you guessed 'Build a Giant Robot, use a Hologram to make it look like a Native Spirit that would tell the Native Population to attack a nearby Base as a distraction,' then you guessed oddly-right.  This happened.

3. So Merlin is real?!?: Yes, he was also on the Show.  The Plot involves Doc Terror and his Daughter trying to steal Excalibur, because reasons.  Weird. 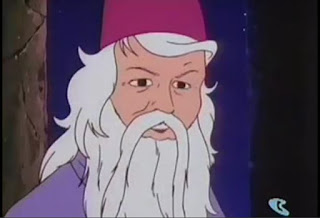 2. So Witches are real: In a bit of odd happenstance, Ace is cornered by Doc Terror's lead Henchman with only one person around.  Thankfully, that person is a Witch.  So yeah, Witches exist and Ace dates one- naturally.

1. All of a sudden, this is Blade Runner: While so many of these are weird, one-off Episodes that feel like they fit, this Episode- Zone Dancer- is an anomaly.  With no warning, the following things happen...

1) We meet a Detective named Gabriel Knight (before the PC Game FYI)
2) Learn that you can make 'Beam Clones' (Recreating people from data transmitted in Beaming)
3) Learn that Crystal has one
4) Learn that people are hacking into the Internet from head-based USB Ports.
5) Learn that they are called Zone Dancers
6) Gabriel and Beam Clone Crystal go off to work together (probably for a failed spin-off).

What is this Episode?!? 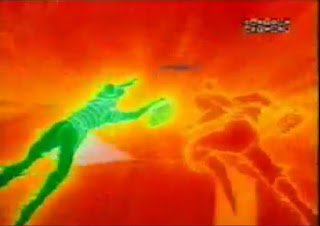 The only thing they didn't do- a crossover with Inhumanoids.  A man can dream.

Seriously, re-watch this Show- it is a bit bonkers.
Posted by Alec Pridgen at 11:46 PM